I’m diving straight in – but first, if you haven’t seen Taboo episodes one and two, reading this post? Will just ruin both of them for you. Taboo is my current favorite, and most anticipated Television show by a long stretch. And you’d do well to take the leap and start watching now if you want to join me as I post for every episode as they come out… which you can do so here. (If anyone reading this has an in with FX and can get me episodes early?!? I’d write you into my will. Like literally. (Yes, pay it no mind that I have written 27 people in already for favors and minor trivialities. And never mind that I work at a Non-Profit NGO. hahah.) 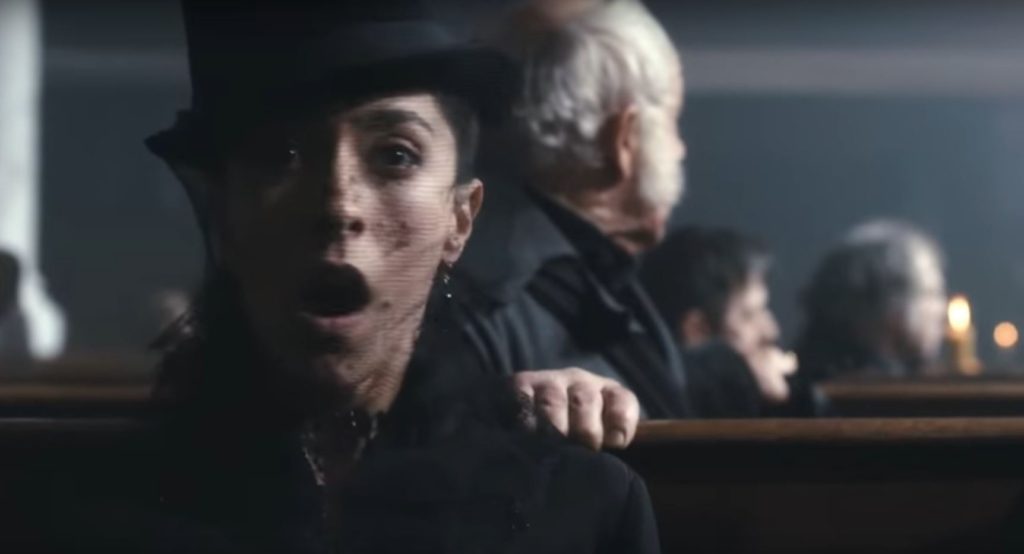 So let’s away shall we? Last week I think I missed discussing one bit o’ trivia that is actually the central core to this entire show now that I think about it. This screen scrape is from the moment when Zilpha Geary (played by Oona Chaplin) sees James for the first moment. Yeah? See that face? And what does she say, “Is hell opened up?” And remind me again, what this show is called? Oh yes, Taboo. So pardon me for guessing at this so early in the show’s run, BUT… might it be that Taboo’s central story line isn’t plots of land in America, or trading rights, or international boundary disputes… but rather, could it be solely about a man (James) and his half sister (Zilpha)?

Not only could it be, I’d wager children. Plural. That I am right.

Alright, now that I have that off my back. We can run through the happenings of Episode 2 and then discuss theories and ideas for where the show is going.

Have I mentioned how much I adore this show yet? Oh my gosh. Anyway, we now know the source of James Delaney’s wealth as we see him digging up a bag of rough diamonds over by mile marker 10. Then James buys a ship at auction for 800 pounds, jumping in at the last minute to overbid everyone else. He states that the company that purchased it is the Delaney Nootka Trading Company. Which, I might add, is a new development. Nice of him to throw NOOTKA into the title of the company just as one more ‘screw you’ to the East India Trading Company.

Sir Stuart Strange starts the episode off on a rant, as he wonders why Delaney isn’t dead already. He also wonders aloud as to why it is exactly that James knew so much about the border negotiations which Nootka is so key to. And the only reasonable explanation is that he’s in discussions with the Americans.

Delaney chats with Atticus, who is the bald man with the world map on his scalp, about helping him sort out the intricate details of the plots to kill him and take his land from him. But the most important detail seems to be the fact that he is continuing to look for a treaty, probably written on the back of a deer pelt, that gave his father the original rights to Nootka Sound. I’m guessing that since the rights to the area were first Spain’s, and then flip to a disagreement between the UK and America? He’s going to need as much proof as he can muster to keep the plot of land.

We meet a young girl of 13 who is associated with Helga, the mistress that has been running the brothel out of James’ old office buildings. Winter informed him that someone wants him dead. And the two go out in a boat to the ship, and James burns it. But when James returns, Winter is gone. But soon after, James puts two and two together to determine that Winter is Helga’s daughter, which was also why Helga didn’t rent Winter out.

James, “You have good in you, I can see it. I’d rather work with you than against you.” 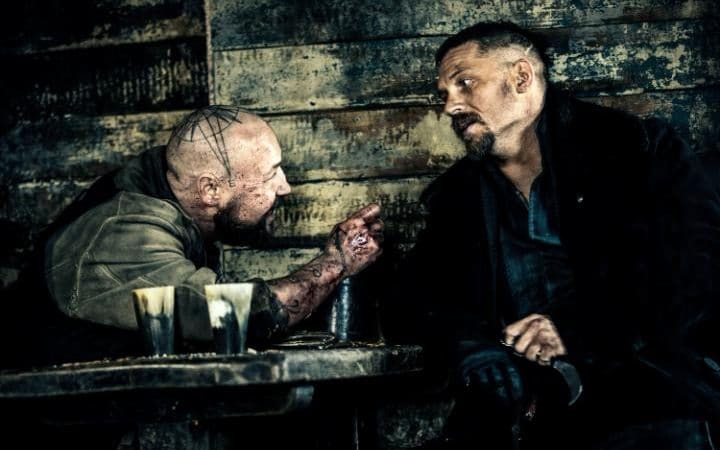 Then Delaney heads out to his new boat… but what the heck is he doing? He gets naked. Has visions of slaves on the boat after finding shackles. Carves a bird into the boards. But why did he purchase for 800 pounds, an old slaver ship? Hrmmm. Curious. Soon after that, James speaks with a spy and tells him he wants to speak with the president of the fifteen colonies?! James apparently had old pass phrases that were out of date, but still good. But eventually, James goes too far, and the spy kicks him out? With this one conversation, it seems as though the entire show has exploded in scope and scale. The President of the colonies? American spy network? Wow.

After which we see Zilpha receiving a letter from the post from James. What’s in the letter? Oh, nothing much. Just a diamond an inch long. As I mentioned at the top… Zilpha is the key to James. James isn’t interested in Helga. Or anyone for that matter. But when he’s around Zilpha he’s someone else entirely. A little later on in the episode we see more of this dramatic change when James and Zilpha have a moment alone together to chat…

Zilpha – “James, please don’t.”
James – “What? I missed you, I couldn’t bear to see you alone.”
Zilpha – “Do you know that this is so old, I could even laugh at you?”
James – “And yet you came outside to see me.”
Zilpha – “Because otherwise you would have come to me and made very loud declarations.”
James – “I would, yes. Is it my loudness that troubles you?”
Zilpha – “In the forest, no. In the jungle, no.”
James – “You used to straighten your skirt and march away like nothing had ever happened.”
Zilpha – “Who marched away? And thank God you did.”
James – “God?”
Zilpha – “This is very simple, James.”
James – “Hrmmm?”
Zilpha – “Take away a little ancient history. You live in the East, I live in the West. There are no practical difficulties.”
James – “Apart from that great river that connects us.”
Zilpha – “Did you really eat flesh?”
James – “Why don’t you tell your friends that you are sick, and you can come and hear everything.”
Zilpha – “I would laugh at you, but you are not well. Ah! And I can’t stand to have you this close to me…”
James – “Well that’s a shame isn’t it? Because I will always be this close to you. Won’t I?”

If you walk that conversation back, I think it proves several things. One, they were once in a fairly heated relationship back before James began in with the East India. We also know that Zilpha is the daughter of James’ father, Horace Delaney’s wife, whom he purchased. Right? I think we learned that in episode 1. We can also surmise that Zilpha married Thorne Geary probably to escape the grasp and memory of her half brother James. I do believe that the interactions happening between these two will be the heart of this season, and this show.
At James’ father’s will settling, a few key things occur. The first is that a woman arrives and says she is wife of Horace Delaney. This is a problem for James only in that it provides a backstop for him in the case of his death, the land will go to her. He was explicitly stated to be the heir of the entire estate. But for the East India Company this is great news as it gives them one more person to potentially bribe in order to get access to the land they so desperately desire.  The second thing that occurred was that Atticus let James know that the man that was poisoning Horace Delaney was Thorne… James’ brother-in-law. Which seems to me to be the most significant of the two events… by a long stretch.
Then, as the episode draws to an end, a man attacks James with a knife and stabs him. James was able to kill the attacker, but he was injured badly… fade to black. The End of episode 2.

There are more questions than answers at this point in the season. What is Delaney Jr.’s relationship to the Americans? What is his end goal for the Nootka Sound property? Who is the silver toothed man? And why is he trying to kill him? What was James’ relationship to Zilpha before he left? Who killed Delaney Sr.? What did Delaney Jr. do while on his trips around the world with the East India? Questions abound.

Two episodes in and we are 25% of the way through this 8 episode season. 25% of the way and all we know is that Delaney has come to settle his father’s estate. Everything else including the motivations and intentions of pretty much everyone is still up for grabs. Personally think that Thorne Geary killed Delaney Sr. But I would be surprised Zero if it were to come out that it was actually Zilpha that killed her father. But my money is still on Thorne which sets up a conflict and natural tension between James and Thorne. And gives Zilpha a reason to walk away from Thorne. But we will see. I also believe that James will finally make connections to the Colonies’ President (which would have been Madison in 1814 I do believe.) This episode definitely leaves us half way to the net with a knife in James’ belly and a deed that is missing, and a possible wife waiting in the wings for Delaney Sr. Episode 3 will have to swoop in and answer more questions for us.