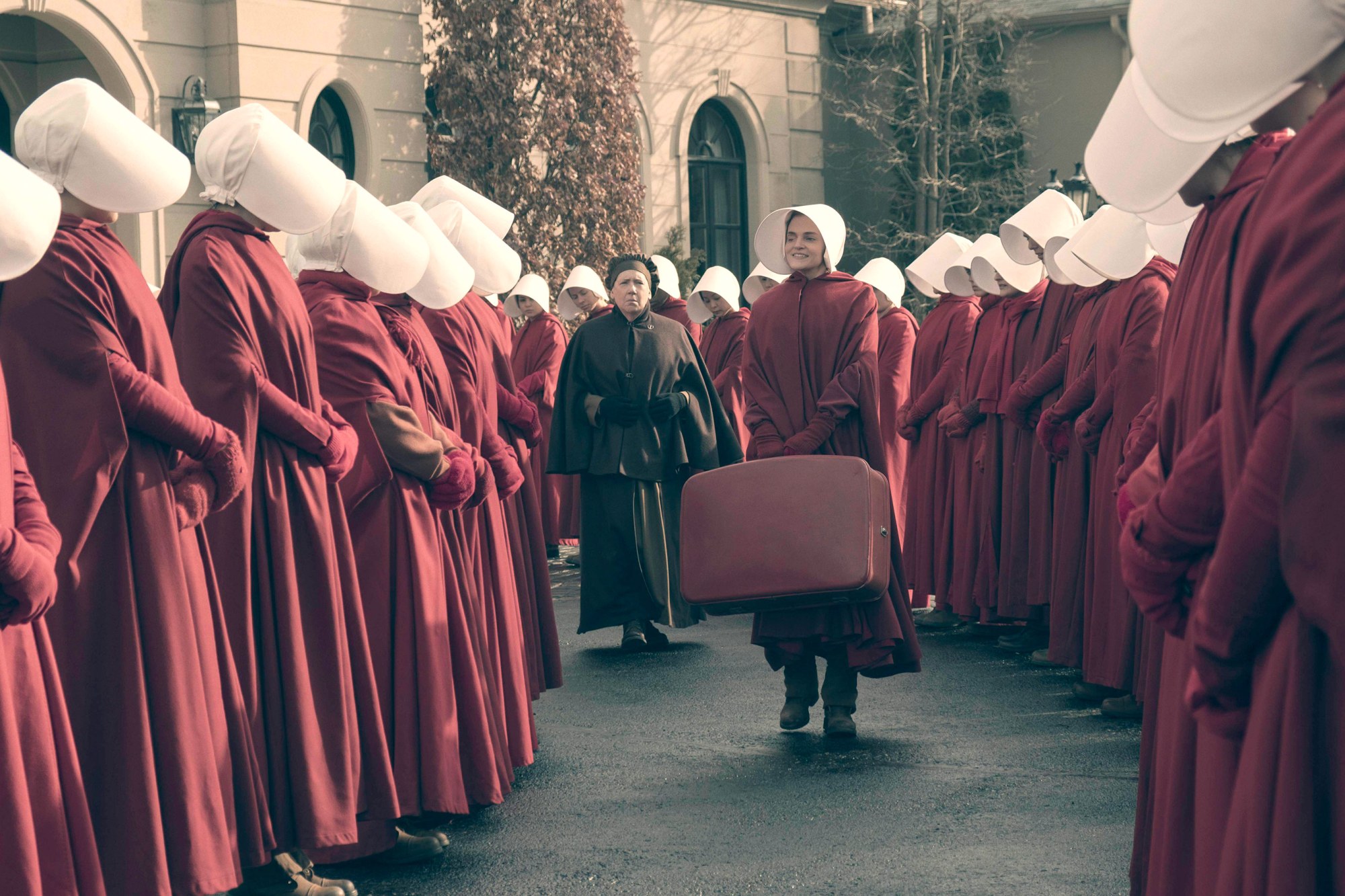 The entirety of this episode is 100% heading towards the last five minutes. And so, as a result, I plan to do so as well. A few very important and very interesting things happened that are of note – don’t get me wrong – but they are all at the end of the show. It was a significant episode – but it is the real embodiment of its title, “the bridge”. This episode is a bridge to next week’s finale. It all is pointing towards Episode 10.

So let’s dive in, shall we? And then afterwards I will give you all kinds of specific predictions to episode 10 and season 2.

So like I said, I’m going to strafe my way through the what, in order to get to the why at the end of this episode. This episode was telemarked from the beginning. We knew where all of it was going very quickly, but it was the last few minutes that really told us the why’s and then the eventual where’s of future episodes and seasons.

The episode kicks off with a new ceremony we have never seen before. It is some sort of official baby dedication/handing off ceremony which ends with the biological mother getting a new family assignment. And throughout, we see how hard it is for Ofwarren to let go…. unsurprisingly.

Offred – “Is she going to be alright?”

Aunt Lydia – “She’s stronger than you think. Let her be an example to you all.”

Which we all know is a freight train crash waiting to happen, right? Ofwarren has been a mess since day one. And now she’s spitting enigmatic babblings about someone coming for her? This isn’t going to go well. And it all starts heading downhill when Ofwarren becomes Ofdaniel.

Mayday We Have Lift Off

We have been waiting for this day since Mayday was first mentioned towards the beginning of the season. Offred was in the right spot at the right time to be extraordinarily valuable to any sort of resistance movement. But she has been reticent to do anything but survive until this episode when she tells Alma she wanted to assist Mayday.

When Alma gets back to Ofwarren, she tells her that the resistance needs her to pick up a package from Jezebel’s… the club that the Commander had taken her to last episode. There’s no telling what’s in the package. No hint at all. But it really doesn’t matter what it is, when Ofwarren could have an hand cut off for reading. Whatever it is, is guaranteed to put her Inc the wall if she’s caught. And the rest of the episode is all about getting to Jezebel’s, that night and all that that entailed.

When Ofwarren finally gets to Jezebel’s, her attempts to get to the bar to have a drink and to pick up the package from Rachel are thwarted. And afterwards, (you know, the after after) the Commander has “Ruby”, Moira, brought in… assuming that that was why Offred was wanting to come to Jezebel’s. Which brings about one of the most interesting conversations of the episode between Moira and June. “You pinky swore we’d find Hannah. You said we, not me.  You do not let them fucking grind you down. Stand up and fight.” But ultimately, Offred doesn’t end up with the package.

The Bridge To Season 2 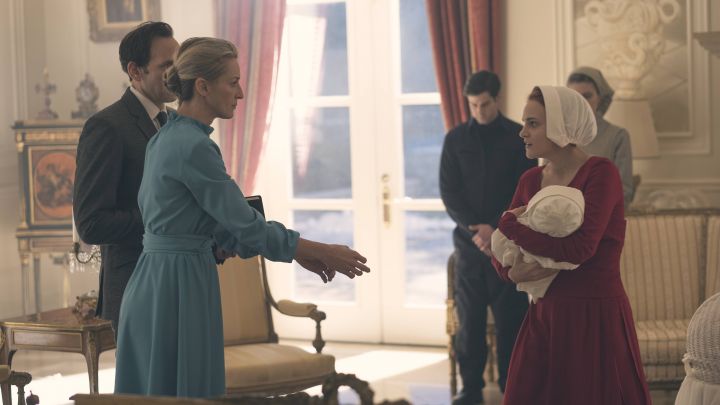 And towards the end of the episode we see Offred getting awakened by Serena due to an emergency. Apparently Janine has snuck out and stolen her baby, and is now poised atop a bridge and ready to jump.

Cut back to the beginning of the season. Remember when Janine about had her nervous breakdown in the red center? and Janine slapped her? WHat did she say to June?… “She does this again and I’m not around, you slap her. Hard. I’m serious. Hey—that shit is contagious. You want to see your baby girl again, you need to keep your fucking shit together.”

So this show is 100% about sanity. Holding it together and keeping a reason for hope close to your heart in spite of the external chaos all around you. And there is so little reason for hope in this show – which, interestingly enough, mirrors our current political landscape as well.

And as we join Janine on the bridge, it lands on Offred to talk her down from the ledge literally. And eventually she saves the child, but Janine jumps only to be revived and taken to the hospital (But did she really think that height would kill her?!?).

And as the episode ends Offred receives a package from the meat seller with the note, “Praised be bitch, here’s your damn package.” And the next thing we know, Moira shived her John and then stole the car to get free from Jezebel’s. And that USC after telling June that the only way out of Jezebel’s was feet first in the back of a black van.

The reason this episode was important was because it is now setting up the entire framework and system for how season 2 will work.  I’ve said this before, but it bears repeating, season 2 will center on Mayday, for sure. Luke will play a more prominent role, as will Hannah. It’s actually surprising that Hannah hasn’t played a bigger role in this season. In the book Serena uses Hannah to her own benefit, and so far she hasn’t done that yet. Actually, I predict that Episode 10 will actually drop bombs about Hannah and it will be the tether that carries everyone onward into season 2. Promise.

But this episode shows what is at stake. The polar extremes of the schism of possibilities: Suicide, or Activism. Defeat or defiance. The show is amazing in how it has stacked the deck against these characters. There is near zero hope for these women… and yet! And yet, it is the small small wins that continue to fuel Offred onward.