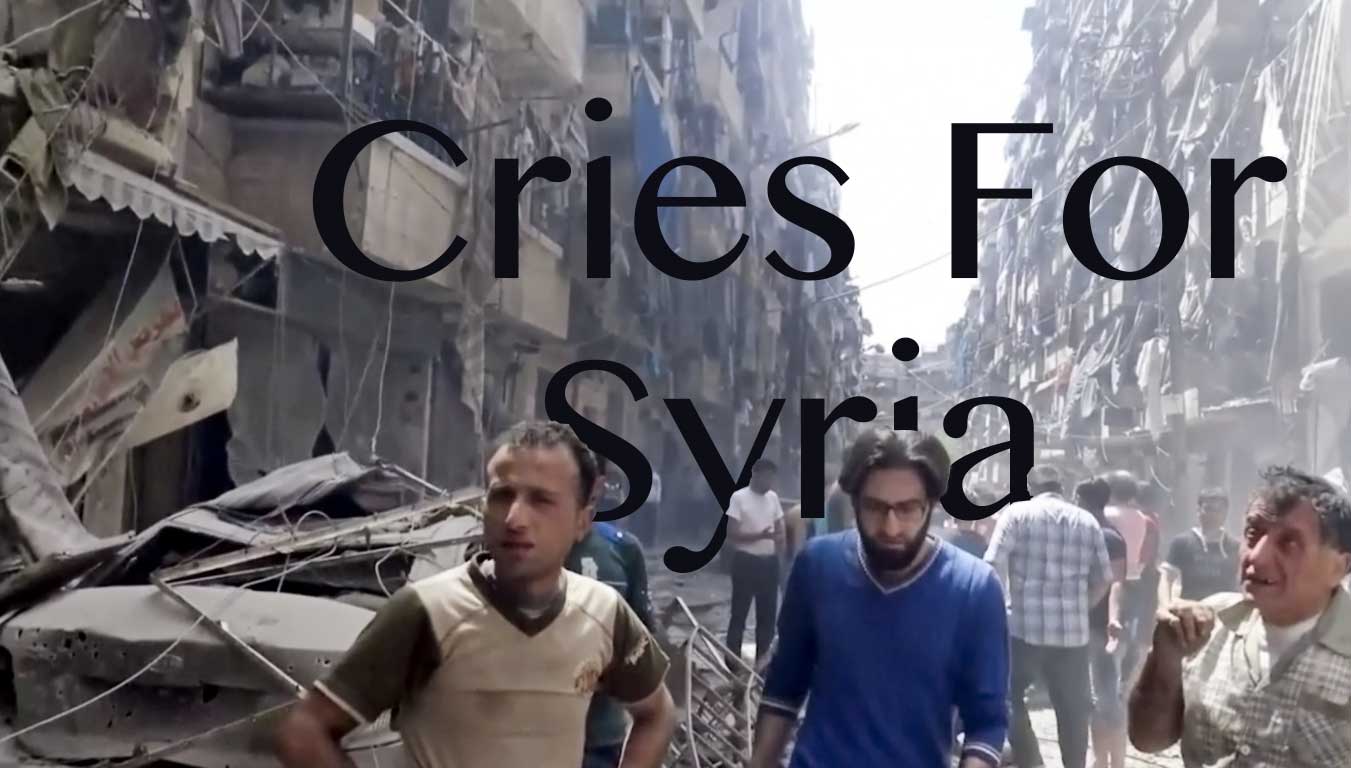 Cries For Syria The Worst Kind Of Necessary

Cries For Syria The Worst Kind Of Necessary

I really don’t want anyone to have to watch this movie. Like, at all. It’s an awful awful awful movie. Really a snuff film of epic proportions. And I really don’t know how to proceed with this review. Hrmmm. I got it – I’m going to administer a test and if you pass the test, just move on with your life, and quit reading this post, and do not, whatever you do, do not watch this movie. Alright? And to pass, all you need is a partial answer of any one of these questions. Answers are written in white to the right, highlight to read.

Yes, I am completely in favor of all people being aware of what is going on in Syria. Definitely. And if you really know nothing about Syria, this movie needs to be watched. Just assume that it is medicine that will keep you alive, by being informed. But damn does it taste awful.

And while I would have passed this test before I watched the film, I will say this, I walked out of this movie with a new and more profound hatred for Putin. Sure, Al Assad is a murderous barber. But the people of Syria would have handily beaten him on their own if external countries (Iran specifically and Russia) hadn’t intervened to fight their proxy wars within the borders of Syria. But man, Russia? Evil. Just raw evil.

Here. Watch the trailer. And if you failed the test… and this looks interesting to you, watch it. But please sign this indemnification clause paperwork before you do.

I personally don’t care if I spoil this movie. And I’d actually be ok with your reading my thoughts on the movie and not watched the film. Why? Because it takes shock documentary to an eleven. And yes, the point of this documentary is to get the word out and to let the UN, NATO, the Red Cross, know what is really going on. And so the barbaric torturing Al Assad has instituted of the protestors is great. It’s also good to show the world that Assad and Russia are actively targeting elementary schools and hospitals. Not only that, but that they are also murdering the Syrian people through the use of illegal chemical warfare. Sarin. Chlorine. Man, that information has to get out.

But watching children die from a chlorine attack? Yeah, not fun. And that’s the E-Ticket ride you sign up for when you choose to watch this film. A man stands on a street corner holding a child’s leg and screams towards Assad, “What have these children done that you would target them?!?!” It is a brutal brutal film. And yet, too often society around the world begs off and they choose to work on adjusting their 401k instead.

I have spent the last eleven years of my career working on technology that will help promote the need of children in poverty around the world. When I fly into a poor country, I leave the airport and leave that poor city and drive to a poorer suburb where I check into a hotel. And the next morning I take a car from there to a much poorer village. And I leave the car and walk, or take a tap tap, or whatever, into the poorest parts of that extraordinarily poor section of town. I have been in houses that have caught me off guard the situation is so grim. Like so off guard that I hand off my responsibilities to someone else and just go have a mental smoke break out on the curb.

There was this one time, in Manila City, where the houses were so stacked and the smell so repugnant. And I was straggling behind the small group because I was so freaked out by the dirty water falling from the clothes hanging in the rafters. And when I eventually caught up with the group they were standing on a landing. Think stairs that do a 180 degree turn, a platform, and then keep going up. Right? So they are standing on the platform, and I’m like, um, shouldn’t we continue on to the home? And the woman smiles and says something in Tagalog to me as she gestures with her arms spread wide.

This was her house.

“But where do you make your food?” She pulled a bunsen burner out of a pile of things and shows it to me. “But where do you sleep?” At this the son finds his mat and rolls it out where we are standing. “How many sleep here every night?” The boy puts up seven fingers. But really? That kind of poverty is a drop in the bucket compared to the video the audience of this movie are subjected to. The streets of Aleppo? This isn’t a city anymore – its as foreign to us as the moon is. 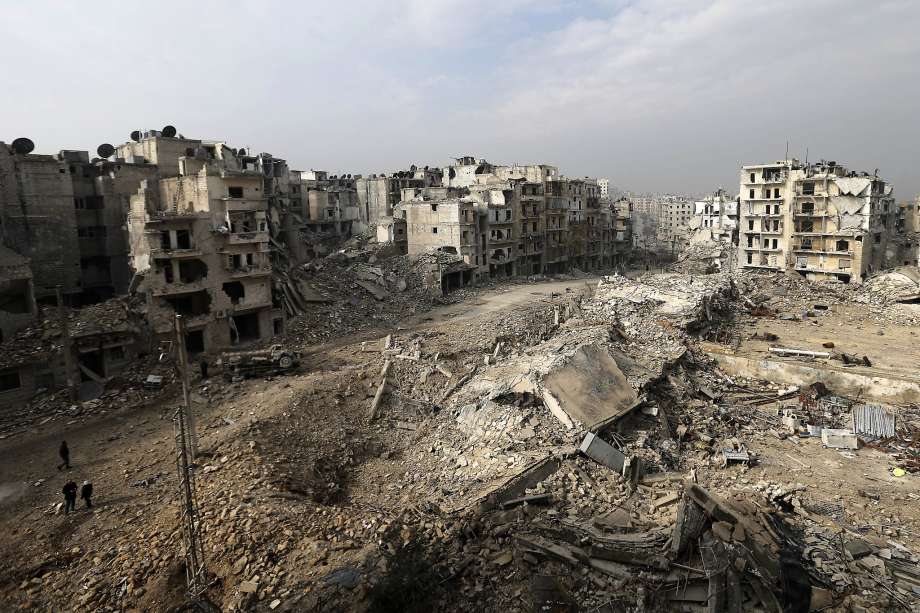 Which brings me back to the movie. Probably the only negative thing I can say about it is that from an educational standpoint it was a bit lacking. I had to go and research quite a bit about why Russia was in Syria in the first place. I had to also do more research on Obama and his reticence to get involved and the why’s of it. I also had to find sources to update the story to where we are today because any time you do a documentary on an ongoing war it will be immediately out of date.

But for what it is (which, if you were unclear, this movie is 100% an international cry for help, and a very very valid one at that) it is extraordinarily effective. This movie is exhibit A of a UN charter against Russia and Al Assad. This isn’t entertainment, at all. And yet, it really should be required viewing for everyone that has zero clue about world events and the chaos the world is in presently. And yet, a part of me wants to call this a snuff film. There were so many dead or dying people in this film. And actually, this isn’t a documentary, it’s a shockumentary.

And shock it does. Last night, after finishing it around 2 am, I slept fitfully all night long. I had one long running nightmare about trying to get into a concentration camp with my iPhone in order to document the atrocities that were going on, that the world knew nothing about. Yeah, that’s the kind of psychic trauma that you can expect to undergo if you choose to see this film. I don’t know… have you seen this movie? What did you think of it?