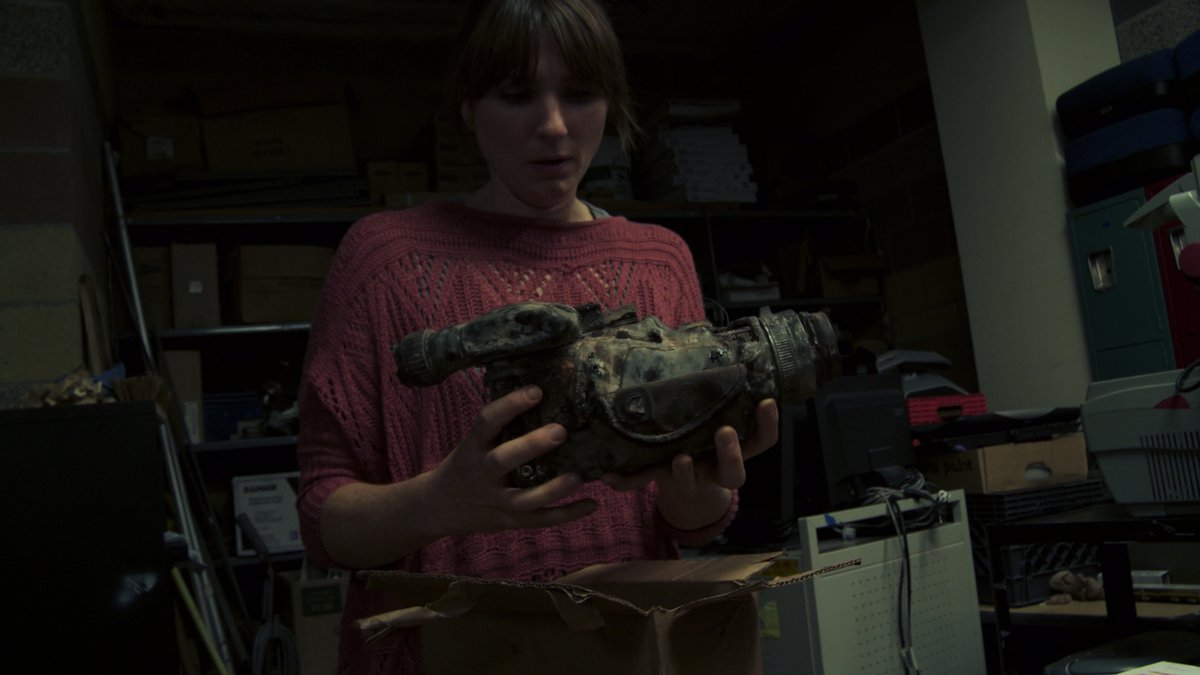 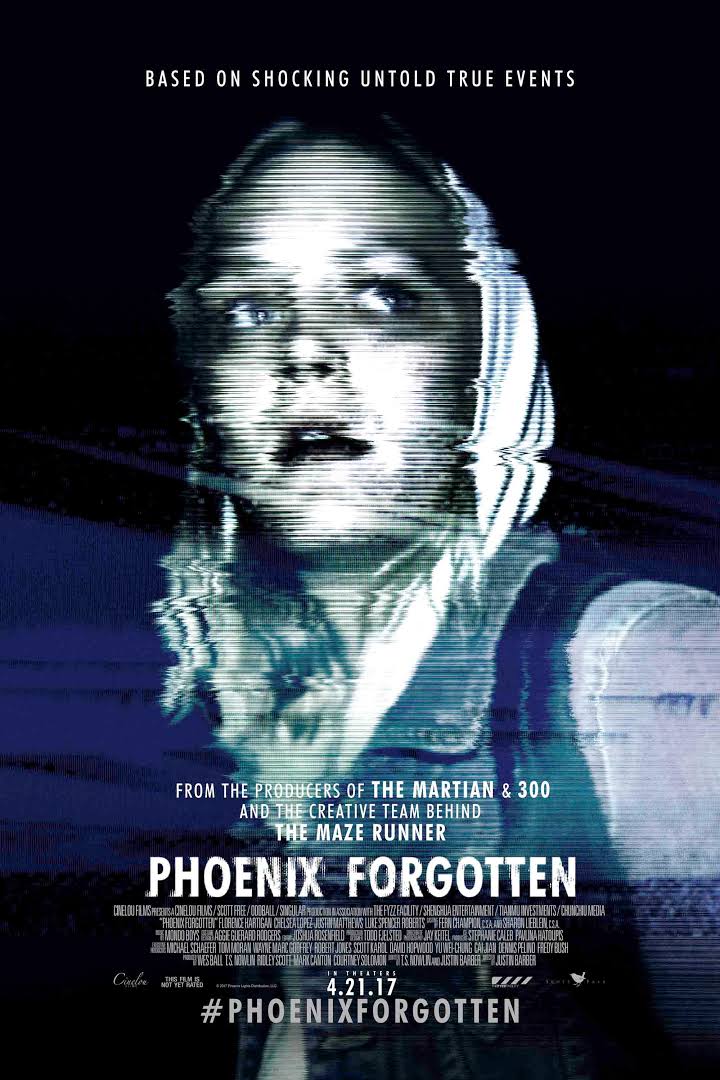 I’m taking a stand. I am standing here, in front of God and everyone to say… uh. I actually enjoyed Phoenix Forgotten. Apparently not a lot of people are up for making that sort of a statement. But I did. I found the editing and the interwoven stories really well done. I enjoyed the honesty of the dialog and I enjoyed the unwinding of the story.

Sure, this wasn’t Nolan’s Prestige. Or Memento. Or heck his Machinist. But no one can compare with Nolan. But it was good. It kept my attention and I actually thought it was going to backflip on us at the two thirds point. So I was subtly impressed there, though I thought they could have done more with that twist. But we can get to that later.

Better yet, what is Phoenix Forgotten?

Phoenix Forgotten is a found footage film produced by Ridley Scott. It was written by T.S. Nowlin (Maze Runner, Pacific Rim, Godzilla vs. King Kong), and Justin Barber. I think might have originally tipped you guys off to this film when I first heard about it? Yup. I definitely did. It was the Ridley Scott connection that really blew my mind and made me intrigued by the project.  It tells the story of the lights that appeared over Phoenix 20 years ago. Apparently it was the single largest UFO siting since the Roswell incident back in the 40’s? (Man I am starting to sound like Fox Mulder over here.) And this story is nestled in among that backstory, told as a legitimate deeper dive into that experience.

If you haven’t seen the movie, there will be a few spoilers below, but less than normal as there isn’t a serious bait and switch ending to be discussed here. The movie moves in two or three distinct phases. The 1997 initial filming of the lights at Sophie’s 6th birthday and the ramping up of the investigation for finding them. And then Sophie’s search and the discovery of another camera and another tape detailing a deeper level to Josh’s search.

The problem with found footage movies is that if you are telling the story of a missing person, how does one find the end of the story 20 some odd years later? Phoenix forgotten solves this problem by having the camera mysteriously get mailed back to the school that it was originally borrowed from, and then forgotten about for 20 years. Right. Iffy proposition. But a clever device all the same.

One of the most interesting choices in the script was when the movie started to go away from the possibility of Aliens, or extraterrestrials. The entirety of the movie seemed to be 100% on board with the fact that the prime mover of this movie was alien lights. But when we started to catch glimpses of the possible love triangle between Josh, Sophie and Mark I began to wonder, oh, maybe the police detective was right. Maybe this was a murderous love triangle chaos bit. Who knows? It gave us another angle other than aliens anyway. Which was a very needed layering to the narrative.

But ultimately the movie is a UFO centric version of the movie If There’s A Hell Below. Most reviewers pair it to Blair Witch and Close Encounters. But those are fairly dull comparisons in my opinion. Obviously everyone likens EVERY found footage film to Blair Witch. It’s the grandaddy of the genre. Sure, Close Encounters. But the indie feel for me is much closer to Hell Below in that they are both chase films… haunted chase films. Each done independently. Each done on shoestring budgets. (Well Phoenix was done for an estimated 2 million. But the fictional feel of the shoestring feels more similar to Hell Below.)

But ultimately it was the supposed Mark Infestation questions that really had me grinning from ear to ear. “He’s changed, something happened up there.” I liked the question that was thrown out by the director to make us wonder if our characters are losing their minds somehow. That and the question about maybe there’d be a love triangle. Gave some depth to the story and made me curious which way this movie was going to go.

I have to say that it was the films editing that fascinated me most about this movie. When it comes to found footage you are required to explain why some dork is filming all the time. And you are also required to film all the time. Other than that, there are a million nuances to how you make your found footage film. With Phoenix Forgotten Nowlin and Barber deftly interweave multiple found footage stories simultaneously. You have the story of Josh who goes missing, and his younger sister that goes looking for him years later. The two storylines are seamlessly intercut to tell the original story of the lights over Phoenix, and Sophie’s search for answers as to ultimately what happened.

The movie was a 60 page treatment, and the rest was ad-libbed by the actors on the spot. In the interviews that I read with Nowlin and Barber it would seem that it was harder for the actors to downplay their intentions and hide their acting. Which apparently is more real world. Which sort of makes sense. When we talk on camera among friends we definitely don’t play it up.

Regardless, sure, it’s bound by it’s genre and it’s found footage stereotype. But it was still an interesting movie all the same. (Did I just say the movie was interesting? Bah. That is the WORST. I apologize unreservedly to Ridley Scott for my being so inconsiderate. Mr. Scott, I am trying over here. I’m sure you didn’t spend too much of your time away from your new Blade Runner movie to make this movie. So I’m sure you aren’t TOO offended.) I don’t know. What did you think of it?