AlphaGo and the Next Movie on Your Watchlist 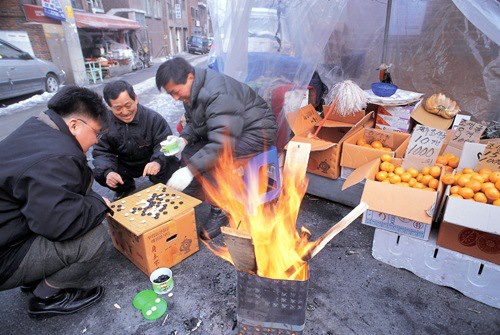 AI is going to kill every last one of us.

Ok ok. So maybe not. But it really is a very real possibility. And if you don’t think it’s a real possibility, then you don’t have any sort of an idea of just how astronomically powerful AI can be. You don’t understand the brilliance of it, and the true impact that it can have on our lives today.

I would assume that for the layman, the average person, that they are seeing that AI is starting to drive cars. They believe that AI is winning some chess. They probably also assume that it’s translating documents and helping some businesses do stuff… and what not… fold paperclips, but really?

In my own job, my eyes have been opened with how AI can change the world. That isn’t hyperbole. I mean that literally. I work at a non-profit NGO that helps children in poverty and in my mind’s eye, I now see how AI can radically transform our ability to assist children in need. For example, the several million children we assist, we have millions and millions of photos of them. And from these photos, AI can, with a high degree of accuracy determine which photos are which children. So it can identify kids. But you’ve probably seen that at work in your own phone already.

But there are AI capabilities that can not only ID children, but it can also identify all kinds of issues and problems from these kids.  No? Not buying it? There are AI companies that are identifying health issues, dramatic and mundane. Jaundice. Heart issues. Diet and health issues. Oh, and abuse.

I don’t know about you, but when I look at a photo of a random child, I can’t tell if they are being abused. Can you? Or that they have an iron difficiency? Can you do that? No, no you can’t. Because, duh.

So yeah, AI just might, one day, kill us all. Could happen. But along the way? It may just make our lives dramatically better. But my hope? Is that it’ll make the lives of the less fortunate among us infinitely better.

Which brings me to, AlphaGo. AlphaGo is a movie by the creators of a Go AI project created by Google. To put the audacity of this project in scale, computers shouldn’t really ever be able to beat humans. There are something like 10 to the 700th power possible moves in a Go game. Which, I hear, is more atoms in the known universe. So it has just been a good assumption that the game is just too complicated for a computer to learn. So, to realize that Google and the AlphaGo team was able to crack this problem so quickly, and so efficiently by allowing it to play itself and to get better over time, is just amazing. But I don’t want to delve on the magic of what the team has done here, it really has to be experienced in real time to grasp the importance here.

Such a fantastic little movie. So, all I am saying here is that you all need to watch this film. It will open your mind as to as to what is possible in the world of AI. So much that is interesting here. And now? Apparently, AlphaGo Zero is putting to shame AlphaGo, to the tune of 100 games to 0. Here, don’t take my word for it: