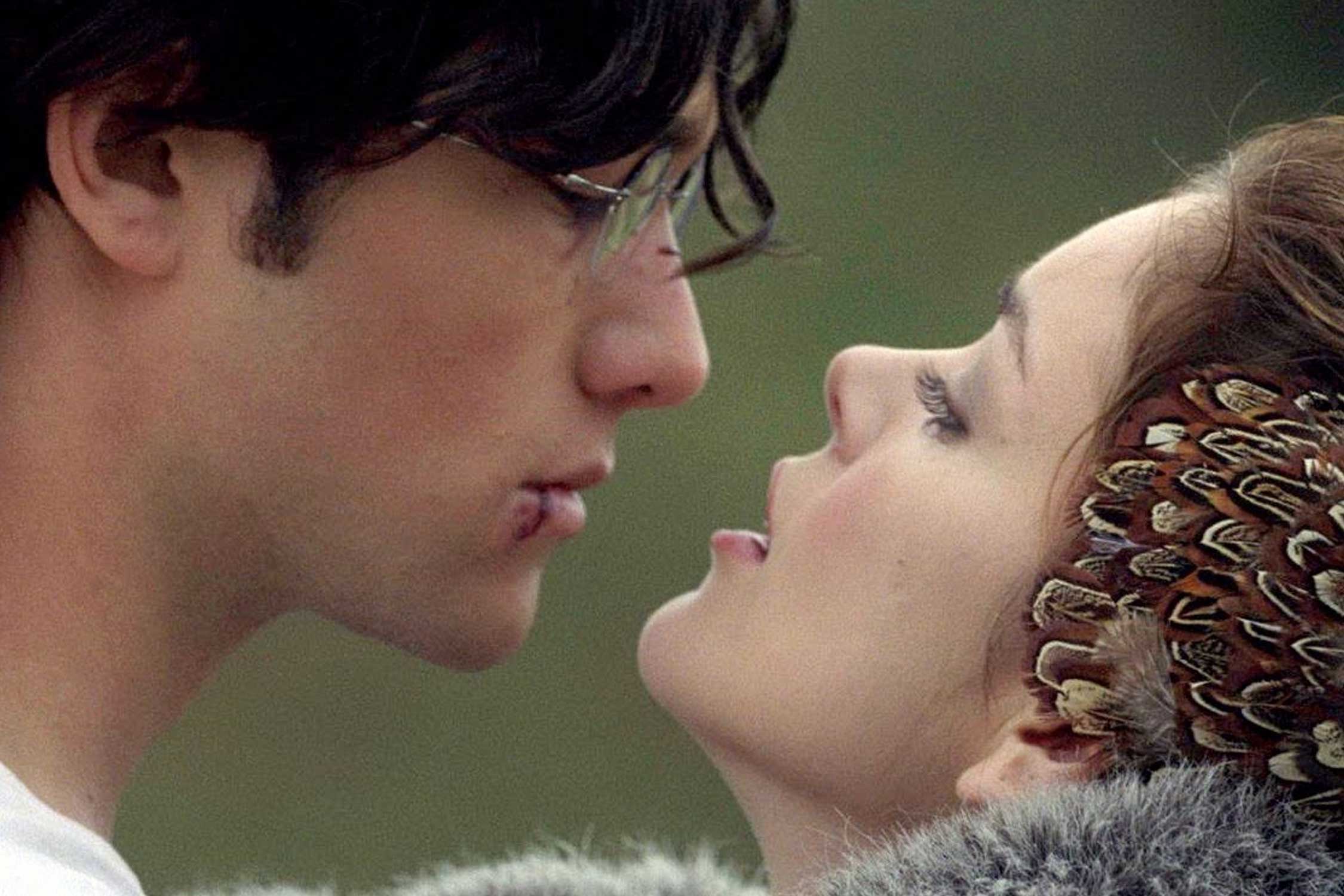 I’m still unsure what I think of the movie Brick. It’s a dialogue fan’s dream, and yet, the dialogue is fast, hard to understand, and inherently confusing. Rian Johnson, the creator of Looper, wrote, directed, and assembled this movie maze. And when he did, he tried to make certain that as few people would make it to the end as physically possible. I pride myself on enjoying complex mindjob movies and I had the worst time trying to understand the basics of this movie. So much so, I’ve pretty much decided I’m not going to do a recap of the movie today – but rather, just a straight up and down explainer. If you watched this movie from 2005, and you find yourself here confused, and looking for an answer, you are in the right place. We’ll get to that in a moment or two.

But first, for those of you who haven’t seen the movie yet, Brick is a film noir whodunit…set in a high school. Yeah, that’s weird. You are correct. And to be clear, high school backdrops have carried entire Shakespearian plays on their back and managed successfully. So trust me when I say, this doesn’t exactly make sense why it really doesn’t work, but it doesn’t. Think of it as a comedy maybe? That might make sense of it, but it really doesn’t. About the only thing that might provide even a hint of clarity is considering it as an ironic unmasking of the entire gumshoe idea. But we’ll get to that later. For right now, if you haven’t seen the movie, check out this trailer, then make a decision for yourself. Watch the movie, and then come back and join us in this discussion of the movie Brick.

Alright, to follow this conversation, you have to have seen the movie. You also need to grasp it fairly well. Because I’m not going to start from the beginning. This time I’m going to the end and working backwards in order to explain what happened. Alright? First we’ll start with the what, and then we’ll move to the why’s, which I don’t see anyone talking about online at all. First, you have to think of the movie Brick as a layered onion that is answering one question, that leads to a million why’s. The first question on our plate is this, “Who killed Emily?” (Emily is played by the Downton Abby star, Emilie de Ravin. And the question that immediately proceeds the first question? Is “Why?”

The first question is easy to answer. Tugger (Noah Fleiss) killed Emily, because he believed that Emily had stolen one of the nine bricks from The Pin (Lukas Haas). Everyone believed that Emily had taken the brick, cut it, and spoiled it in a way that ended up putting one of The Pin’s henchmen in the hospital. In an attempt to stay alive, Emily tells Tug that she’s pregnant, and that the child is his.

Second question, why did Tug kill Dode? To understand this detail, we have to think back to when The Pin, Brendan (Joseph Gordon-Levitt, no introduction needed), and Tugger get together to hear Dode’s (Noah Segan) information about who killed Emily. Well, we learn that Dode was there soon after the murder, and saw Brendan arrive and then carry her further into the tunnel. So Dode is about to tell The Pin that Brendan killed Emily. BUT, Tug kills Dode just as he’s about to implicate Brendan.

Why does everything go to pot at The Pin’s house at the end? To understand the ending you have to understand that everything was being manipulated from the outside the circle of The Pin, Tugger, Brendan, and even Dode. And we learn who this is, at the very end of the movie, on the field, in a conversation between Brendan and Laura (Nora Zehetner). Once we realize that Laura is the one pulling the strings, that scene makes a lot more sense. Brendan pulled The Pin and Tug together in order to create peace between the two and settle this downward spiral down. But when The Pin adds one final stipulation – that Tug should take a hit of the ninth brick to prove that he didn’t ruin that last batch as well – Brendan says he’ll do it. And when they go to get the final brick it’s discovered that the brick is gone.

To lay it all plain – or as plain as I can lay it – Laura stole the ninth brick in order to pit Tug’s guys against The Pin’s guys and turn the house into an abattoir. Did she want the drugs? Sure, but more importantly, she wanted The Pin, Tug, and Brendan dead in order to cover up her involvement. So when The Pin’s man comes down, mortally wounded, and the drugs are missing, all hell breaks loose. We learn later that Tugger killed The Pin, and then was killed as he fled the house in a shootout with the police.

Heading into the final meeting between The Pin and Tug, Brendan had already made his play. He had arranged for the police to arrive soon after the meeting started. And so his promise to try the drugs was a false attempt to keep the peace. But when the drugs go missing, he realized he had been out maneuvered by Laura. By taking the gun and allowing Tug at The Pin, he knew The Pin would die. And by giving Tug his gun back, he knew he’d soon be cornered by the police. He had also put Emily’s body into the trunk of Tug’s car in order to point the police in the right direction.

Laura was surprised to hear from Brain (Matt O’Leary) that Brendan wanted to talk to her on the field. She had assumed he would have died in the house along with The Pin and Tug. Which is why, Brendan lies that he wasn’t in the house earlier that morning when everything went down. Brendan was determined to not only figure out who killed Emily (which was obviously Tug) but also why. And here is Brendan calling Laura out from Rian Johnson’s script:

BRENDAN “No, it’s not finished. Tug pulled the trigger on Em and he got the fall, but the bulls coulda found that out without me.”

So it is confirmed that Laura is the one that threw Emily under the bus after stealing the brick. She kept half, and added filler to make a full brick again either intentionally poisoning it or accidentally. And when The Pin got close to finding out it was Laura, she pointed to Emily. As a result Dode hid Emily. But The Pin got to her and said he wanted to meet with her. Instead though he sent Tug, and when Emily told him it was his child she was pregnant with he flew into a rage and killed her. Which protected Laura at the end of the day.

But what Laura didn’t plan on, was Brendan knowing that she had the brick in her locker at school. She in Brendan’s final coup, he tells her that he informed the police (in the script he informs the VP, so it’s a little different there.) and hopefully they’ll find nothing. But he already knows that she stole the ninth brick, and it was her that had masterminded everything from the beginning.

A Few Upside Down Ideas for the Movie Brick

The more I think about this movie, and talk through the ending, the more I realize I liked the interlocking logic of the film. Each piece is intricately arranged and placed specifically. And while it seems strange to place a noir whodunit gumshoe movie in a high school, ultimately the movie holds together and it was an enjoyable watch. And if you don’t mind fighting through complicated dialog and archaic plot devices, it might actually be worth the struggle.

But one idea I’ve had since the very first few minutes of the movie is that The Brain doesn’t exist. The Brain is actually Brendan’s alternate personality. Think about it, you never see The Brain talk to anyone but Brendan. Yes, he’s given tasks to do, but they aren’t things that Brendan couldn’t have done himself while off-screen. Yeah, I think Brain is just a multiple personality manifestation.

BUT WHO’S KID WAS IT?

At the end of the movie, we see that Laura told Emily to tell Tugger that the child was his. We also hear Laura say that Emily had had relationships with both Dode as well as Tug. But we also know that Emily disappeared about 3 months ago, and it was about that time that she started hanging out with Dode and Tugger. But it was also at that time that she stopped hanging out with…Brendan. And here is the key quote from the script necessary to figure out who the father was:

“Done. Well. That’s most of it. 9 out of 10. I told Em to tell Tug it was his. Told her it would soften him up. She said she wished she could keep it, but she didn’t love the father. I was going to drive her down the next day, we’d found a doctor. Most wouldn’t. She was starting to show. 3 months. You know whose kid that makes it, or have you known all along?”

So this was Brendan’s kid. Emily disappeared about 3 months ago. Which aligns perfectly with what Laura is telling him here. So Emily’s child was definitely Brendan’s.

What Did Laura Whisper?

“She brings her head to his, puts her lips to his ear, breathes warm breath, and says two words. The first is

the second is low, guttural and lost to the whistling wind. She turns and walks briskly away.”

And if you turn on close captioning, all doubt is removed, “Mother fucker.” is what she says to him, and then she turns to leave.

Final Thoughts on the Movie Brick

If movie complexity was the single most important thing for the rating of movies Brick would hover it would be so far off the charts good. But alas (or alack) it is not. I am not opposed to high school backdrops doubling for adult-minded films. 10 Things I Hate About You (which also starred Joseph Gordon-Levitt, coincidentally) was a triumphal remake of the Taming of the Shrew in a modern high school format. So I am actually predisposed to liking movies like this one. And yet it caught me off guard and fairly perplexed. I love janky dialogue and intriguing screenplays. So yeah, this should be a 10 in my book. And yet, I don’t know. It left me confused.

There is a difference between understanding and comprehending. There were large swaths of the movie I couldn’t even comprehend. I didn’t understand it either, but that would be solvable if I comprehended it. And some of that was due to flaws in the screenplay, the acting, and the sound design. If I had been given the screenplay to read? I would have probably scored this a home run. But that isn’t what a movie is. Apparently. The screenplay is only a portion of what makes a movie a movie. And so I think I’m at a 7/10 on this one. But still baffled, none the less. What did you guys think of it? Was I missing something here?