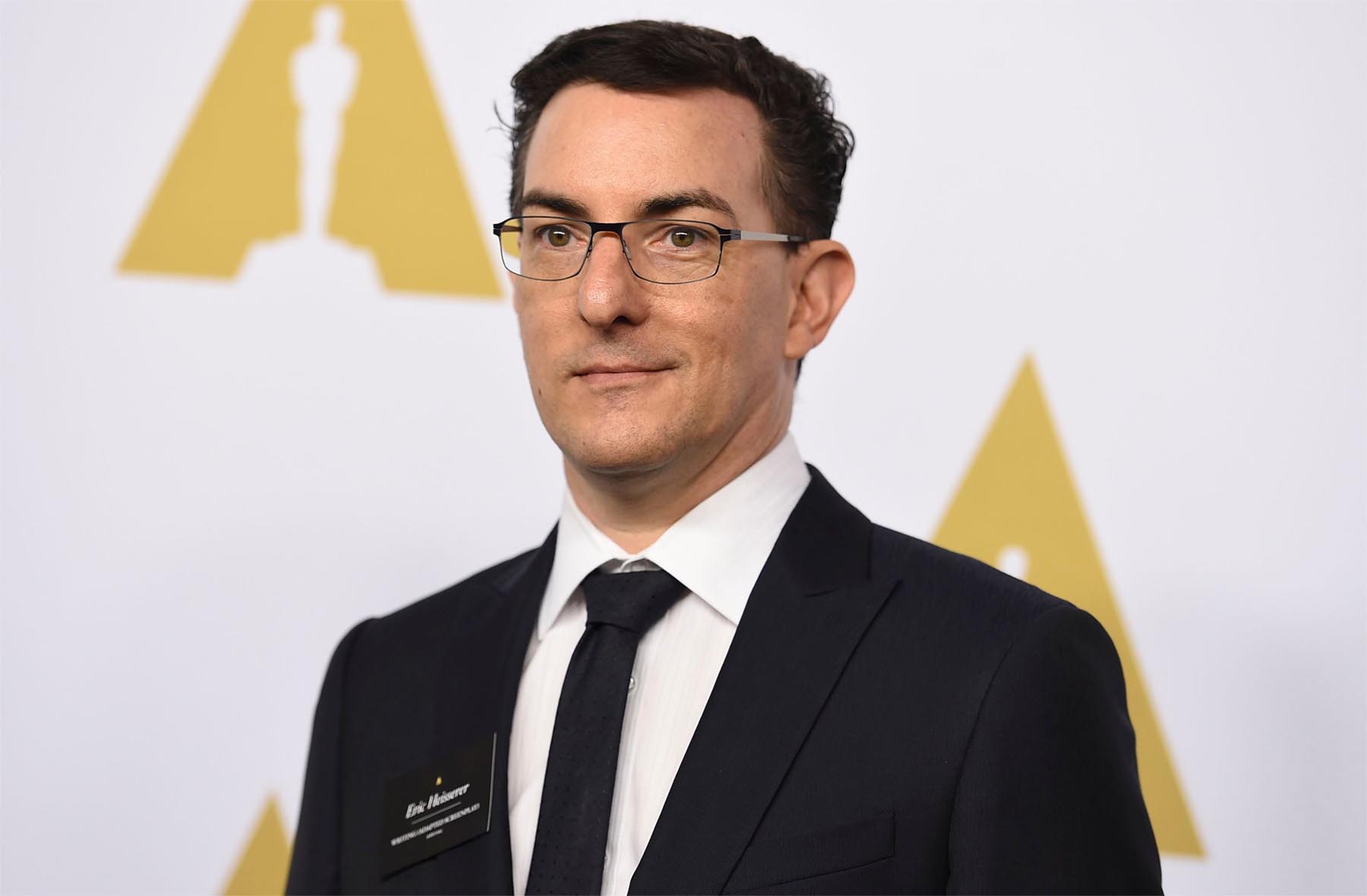 THiNC. is an oasis on the internet for movies that make you think. And there is no more directly responsible person for making you think than the individual responsible for writing the screenplay. Occasionally I have found myself chatting with the lead actor of a movie, and I only asked them how I could get in contact with the screenplay author, offending a few in the process. Sure, actors sell the story that the screenwriter has crafted, but that is such a small part of the vision of a mindjob movie.

The first time I had ever heard of Eric Heisserer, I had heard a rumor that someone was crafting a screenplay based on the short story “Story of Your Life” by Ted Chiang into some movie or other entitled Arrival. And if you had read Ted Chiang’s short story, you too would have been highly suspect as to its ability to be alchemied into gold. (Chiang fans out there? Hello?) It just wasn’t doable. And so, I reached out to Eric and literally told him so. I had said something like, “Literally, no way, on God’s gloriously green earth you pull this screenplay off. It cannot be done.” Or some such. That was went through my head anyway. What was his response? “Here, have the script, you tell me if I pulled it off.” (OK, so I’m probably running fast and loose with the truth here…but the fundamentals are on target.) And, oh holy night, how this guy can write. But better than his writing? Was how he outmaneuvered the audience in the first five minutes. He’d already sucker punched the collective audience, and they didn’t even realize it. It was a masterstroke. So, I wiggled my way in to a premier where Eric was part of the film discussion panel, just so I can learn just a smidge more about the screenplay if I could. (Which you can read about here.)

Fast forward a year or so to when I found out that one of my favorite novels was being crafted into a movie, Bird Box. I had no idea who was doing the writing. I just knew it was being made into a movie. And it was well before the Quiet Place was a thing…but I was, yet again, CERTAIN that this would be a failure. Whatever mad man had decided to attend to this fool’s errand was going to die miserably. Ash and fire. Why? Because the movie is all about a monster that drives anyone insane, drives the viewer to kill themselves…violently. How can you write a screenplay without ever revealing the monster? Sure, Hitchcockian school of thought is to allow the imagination to run – less is more. But zero definitively is not more. No no no.

Then I found out that Eric Heisserer was at the helm and I knew it was going to be brilliant. Sure enough – it was.

So, the other day, I reached out to Eric and thought I’d see if he would be open to answering a few questions about the movie just so we could all collectively learn about how he brought this impossible vision (or lack there of) to life.

THiNC. – “In the book Gary comes from an asylum I believe. And it supports this idea of how the mentally unstable can look at the blight (alien, what have you) and survive. You expanded this idea, I believe, with the creation of the roaming bands that end up attacking Tom. Can you talk us through this change, and these people who can survive looking? What is going on in these people’s minds that allows this happen? Or maybe did Malerman give you any idea?”

Eric Heisserer – “Actually, I did not invent the roaming bands, there is a fair amount of writing in the final film that was not mine, likely work done by the last writer (uncredited) named David Weil. In my script, the story jumped from Malorie alone with the two newborns (Tom does not survive that sequence) to five years later with the final push to reach the safe haven. The explanation I’d developed, during the script stage, was that those who seemed unaffected by the mysterious creatures were sociopaths; people who lacked empathy. And, as such, the group in the house had considered, maybe, this was a clue to what the creatures were — did it have something to do with empathy? Exploring one old-world idea of angels, descending to Earth, seeking those who could witness the Highest Truth and survive it.”

THiNC. – “Oh wow…something really deep and intense there about empathetic individuals being overcome, but those who were sociopaths being immune. Very interesting sub-current there.

“In the book, at the end, we get the idea that the cause for this outbreak are aliens, and that they seem to be more curious about humans than hellbent on apocalypse. The movie, by never showing the cause (which was absolutely critical to the success of this film IMHO), it happens to distance the viewer from the cause. In your world that your screenplay created, do you mind opining on what it was that was causing this, and more importantly its intent?”

Eric Heisserer – “I still believe you have to keep them a mystery, but it at least gave you something to hold onto while completing Malorie’s story. I was eager for Malorie to have a new perspective, and to bring new hope to the colony in the end that had not been established there before. I think it makes her a more important figure in the world, that way.

“In a scene that didn’t make it to the final film, Donald and Malorie have a conversation about the future, and he tells her: “If you and Olympia really want your kids to survive, you’ll have to blind them. Heat up a needle on the stove. It’s a terrible, cynical, we-can’t-come-back-from-this solution, which is the zip code where Donald lives, mentally. He’s the most pragmatic, and often right, but also there’s no hope in his world. There was a very brief, dialogue-free scene in the script of Malorie, alone at night, venturing into the baby room where Boy and Girl were in their cribs. She’s there with a sterilized (heated) needle. She’s going to stab out their eyes. But she breaks down before she can do it, and throws the needle away. Because she still has hope that they can inherit a better world. That’s what she brings to the colony in the end.”

THiNC. – “So hardcore, and yet, that is a seriously important thread running through the novel. This dark, dark, no coming back, element to the story, that really seemed to not actually be there in the final movie (for good or for bad). The message there, the hope, the better world though, is a very poignant part of the novel. Is it worth surviving if we have also lost all hope? Now, Netflix has caused earthquakes throughout the industry by indicating just how wildly successful Bird Box was in its first week. Congratulations! Any thoughts on their press release and the stunning success of the film?”

Eric Heisserer – ﻿“I’m still mystified by the business it’s done on Netflix. And I’m fascinated by that peek into their data, but it generates so many more questions on my end. I don’t believe any of us will get answers anytime soon, though.”

THiNC. – “And a final, non-question question – Is your screenplay online, or available anywhere to read? I’ve looked but haven’t happened upon it.

Eric Heisserer – “I believe this is a working link to the script: http://ow.ly/d/89lv”

THiNC. – “Glory be! Finally have a copy. Thanks so much for that!! And thanks,  more importantly, for taking time out with us, Eric, to talk about your screenplay for this amazing film. Glad it is getting the love that it deserves.”

There you have it gang, a close encounter with a Hollywood great. Too often we have to wander far afield to find screenplays that are groundbreaking. But not when it comes to Eric Heisserer’s screenplays. You can pretty much be sure that every screenplay he touches will be a good one.