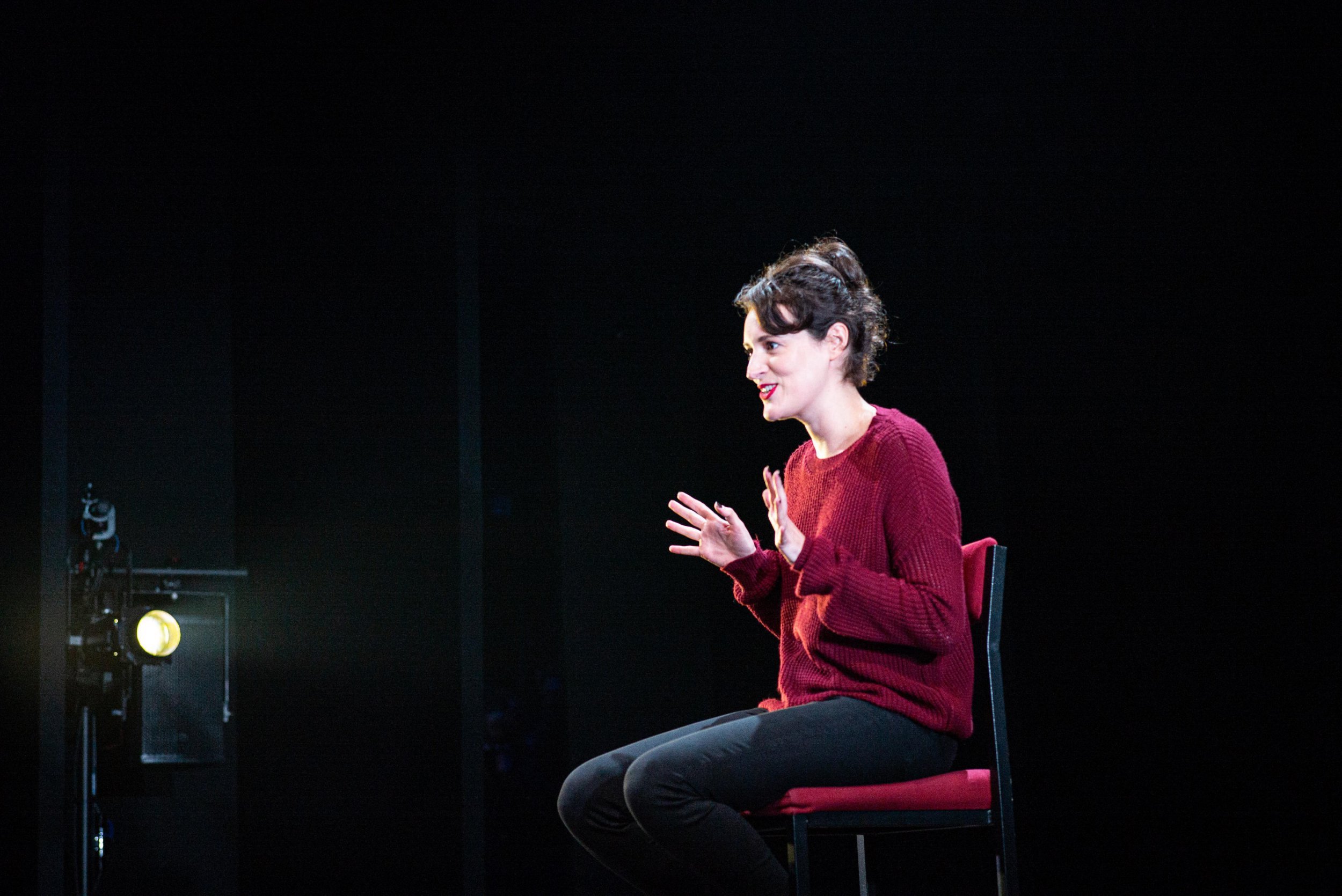 Fleabag Play Streaming Friday on Amazon… wait, I’m going too fast. My personal love affair with the television show Fleabag hasn’t been a secret, like at all. Phoebe Waller-Bridge is a demigoddess in my humble opinion. The right hooks that came in season one and season two were nothing but screenplay brilliance. But it was her work on Killing Eve that originally caught my attention. (And can I get a wooop wooop for season 3!?! Coming April 12th, thank you very much. Oh, and speaking of April 12th, another show starring Phoebes (she and I go way back) is a show called Run – which is also hitting April 12th on HBO. Definitely planning to check it out.) Heck, her role as L3-37 (Leet anyone? Anyone?) in SOLO actually deposed C3-PO as my favorite droid. Heresy, I know.

She acts. She writes. She directs. And she does it all with abandon. I’m sure she’s an utter pain to live with – but woah, can she create.

Anyway, what with my love affair of all things Fleabag – I had been hoping to find a video option for watching PWB acting in Fleabag, her original play. But I hadn’t had any luck finding anything on the books. And I was ready to watch pirated, bootleg, grainy badness, filmed directly under someone’s trench coat in the theater too. But nope. I couldn’t find anything.

GOOD NEWS! PWB is going to be streaming a performance of herself in her seminal role as Fleabag herself over on Amazon on Friday!!! And I have it on really good authority that it is already streaming in the UK over at https://www.sohotheatreondemand.com/. I know, exciting!! (And I might have already watched it once by VPN’ing across the pond…but you didn’t hear that from me. And, oh, is it glorious. Best 4 quid I’ve ever spent.)

So yeah, this was just a public service announcement to those of you that trust my opinion, even a little. I had a buddy tell me, that after I recommended the show Fleabag to him, I was allowed three, no questions asked, movie recommendations. And to me, that was gold. Because this guy is ALWAYS doubting my movie recommendations. So, to find out, that I am now allowed to tell him what to watch, three different times, no questions asked…all as a result of my Fleabag recommendation? BRILLIANT. So, to those of you that think I even have an iota of a clue… go check out the play. You won’t regret it.