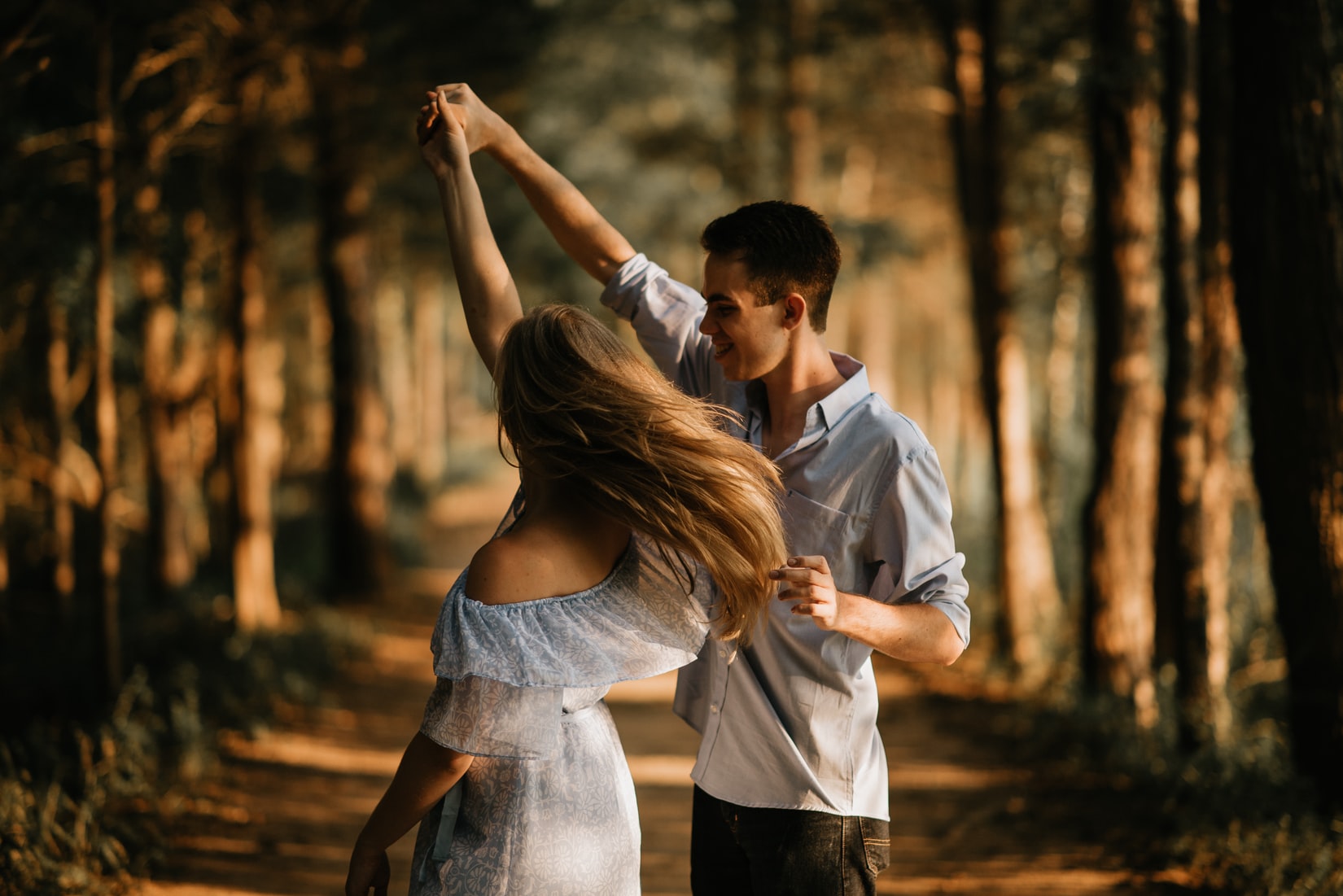 (If you are confused as to why I am writing about the Bible, you can read more about this 5 year long project back at the beginning of this thread. But basically I am writing at least 1 thousand words for each book of the Bible. Why? Well, an atheist was doing it, and I figured… heck, if he can do it, then so can I. But also, I personally believe that the Bible is the one and only truly inspired oracles of the only living God. And, woah… if that’s really true, even if it might only possibly – maybe, might be – true… – then dang, we should probably pour over these scriptures, test them, enquire of them, and learn what God might just be saying to us right here and now today. Because I don’t know about you – but in this dumpster fire that is 2020, I can use a whole lot of God. A whole lot of wisdom. I could use an intimate, one on one connection to the creator of the universe. But maybe that’s just me. And if it is, don’t worry – I normally write less controversial stuff by talking about awesome movies. But today, I want to chase after the creator of the known universe and everything. So indulge me this, would you? Great, thanks for that. I mean, it is my blog to ruin, right? hahaha.)

As I mentioned – man, 2020 is a dumpster fire so far. Global pandemic. Hundreds of thousands dead. And politics on top of that making it much worse than it should be. But yesterday, I had lunch with a friend. That is an atypical thing these days. I’ve maybe done that twice in four months? Well, he’s got chaos going on in his family, I’ve got chaos going on in my family – figured, heck, let’s throw caution to the wind, grab a beer and a burger. But soon, we found a wall between us. An imaginary, but yet, quite solid wall… a theological wall. We had been discussing how to handle truly dicey situations in both our lives. How to walk along a precipice, to not fall on one side, or the other, and all the while, doing what God would have us do. It was complicated. Painfully so. Sure, some of the complication was Trump. But you know what – forget all that. Forget the politics, and the chaos of Republicans and Democrats. None of that matters. What really matters is how to handle interacting with those who desperately need God. Those that are Christians, yet are lost. And how to keep each other accountable to God’s perfect will. Hrmm.

Which brings us to this Biblionomicron exercise that I have been working on for the last half decade or more. Today, with only a couple books left, we find ourselves in the book of 2nd John… or as Trump would say it, Two John. Kinda like the ring of that. And it happens to be an incredibly short book. One chapter. Thirteen verses. And I would argue, that only six of them are instructional. 1-4 are an introduction, and 12-13 are closings. 5-11 are the meet of this particular book. But I don’t lack for things to say… ‘but don’t you need to write a thousand words on each ‘book’?’ Why, yes, yes I do. But on this particular topic there aren’t enough web hard drives to store the vast number of thoughts that I have. And here’s the core of the book:

If you’ve read any of my biblionomicrons – you know that my goal was to learn what the essence of God’s oracle to man was all about. To look for failings in the book. To find flaws. To find its essence. To learn the heart of God. Not just in the popular quotes that decorate Christian Fridges around the planet. But in the mess, the chaotic, the convoluted sections as well. And from Genesis, through the entirety of the Old Testament, I saw one clear message. And that was that God had a plan for all mankind. Both the Jews, and the Gentiles. That God was working towards the culmination of something extraordinarily big. And that plan was the reconciliation of man to Himself. He was intervening for us all – and in spite of our sin – our chaos, He had stepped towards us, and was about to blow our minds. Then came the New Testament, and a helpless little baby in a manger. A baby that hellspawn worked very hard to dash against the rocks over and over again. First through Herod. Then through Pharisees. Then in the desert, through an interview with the devil himself. And then, out of nowhere, at the age of 33, that little baby finally did fail to Satan. His minions, his demons, his evil coterie eventually got to that little, helpless, and perfect baby. The Roman legion hammered a crown of thorns onto His head. They fileted his back open with a cat of nine tails. They nailed him to a tree, pierced him in his side, and laughed as He died.

That one moment, was one of two things. It was either the most tragic moment of all human history… or it was the single most dramatically exultant moment for all mankind. God died that day. Satan killed him. Amazing really. Such an epic failure. Such an exultant win for the devil. What the heck happened there? What was it all about?

Christ came, and died for you, out of an infinite abundance of love for you. Out of a perfect, unimaginable love for you. Why? Well, you were created for a unique purpose. And that purpose was to live in communion (not the bread and the wine… tho, that too, but I mean – “the sharing or exchanging of intimate thoughts and feelings, especially when the exchange is on a mental or spiritual level.”) with God. Think about it, your purpose was to live in the constant exchange of intimate thoughts, and ideas, with a being that built neutron stars, the blue whale, black holes, orchids, nebulas, seahorses, and waterfalls. But, there was a problem. You and I are flawed. Deeply and terribly flawed by sin. I don’t know about you, but I am a horror freakshow when it comes to sin. Compared to God anyway. Yeah, I’ve spent my life walking, and learning, with Him. But even so, I’m a mess, and there was absolutely no way I was going to be able to cross that divide of sin on my own. None, zero, zilch.

Which, brings us back to God’s one and only “failing”. How the heck did he get sucker punched by Satan? How could the creator of the universe lost to a fallen angel that He created? Well, the answer is simple. He didn’t. That day, at Golgotha, when the Roman soldiers pounded spikes into His wrists, it was Christ that was willing His own death on our behalf. Deicide. God-suicide. For you. For me. For him over there. For her. Just unbelievable really.

If you aren’t a Christian, and through some WEIRD force of random strange events, you find yourself reading these words right here… please know that God is chasing you. He has a plan for your life. One that is totally better and bigger than any pile of jewels, cars and properties could ever do for you. A plan that will envelope you in God’s love and reunite you to your creator.

And if you are a Christian, and yet, you still find yourself here, I have something else for you as well. Let’s go back to that text, shall we? It says that we are to love one another. And loving each other is inherent in the commandments. Remember when Jesus was asked that trick question by the Pharisees – which of the commandments is the greatest commandment? Is it do not kill? Is it don’t covet? Is it don’t take God’s name in vain? Nah. It’s to love. Just love, all of the commandments will come to pass if you just love.

But beyond that, if you a really hardcore about your Bible reading, at the time this quick letter was written, in the church there was an explosion of false doctrines pushing its way through Christian’s minds like a virus. Specifically, Docetism and Gnosticism. Docetism is just the idea that Jesus wasn’t a real human – but a spirit. But the key here being that he didn’t actually suffer on the cross – it just appeared that he did. And Gnosticism. Gnosticism is a huge topic – but basically, they believed that salvation to be direct knowledge of the supreme divinity. Which, in turn comes from esoteric insights. Gnostics work not with sin and repentance, but with illusion and enlightenment. So, basically, what John is doing here is saying – IGNORE ALL THAT. And just chase after the original truth that we already brought to you. Christ crucified, resurrected, and seated at the right hand of the father. You don’t need anything else, and all these people trying to muddy the simplicity of the gospel are wolves in sheeps clothing.

That not withstanding… just love. And I’m not talking about a complicit sort of love. Love with the commandments in mind. Love with the guidance to walk away from sin, because life lived in communion with God is the best life we could ever live. It’s not a push over sort of love either. But a strong and resilient love that will over power lions in lion’s dens, infernos in fiery pits, snakes, beatings, imprisonments… it’s a love that will know no bounds. A love that will make the world stand up and take notice… “what the hell?!??” I hear them saying. “Nah, chief, it’s what the heaven… “