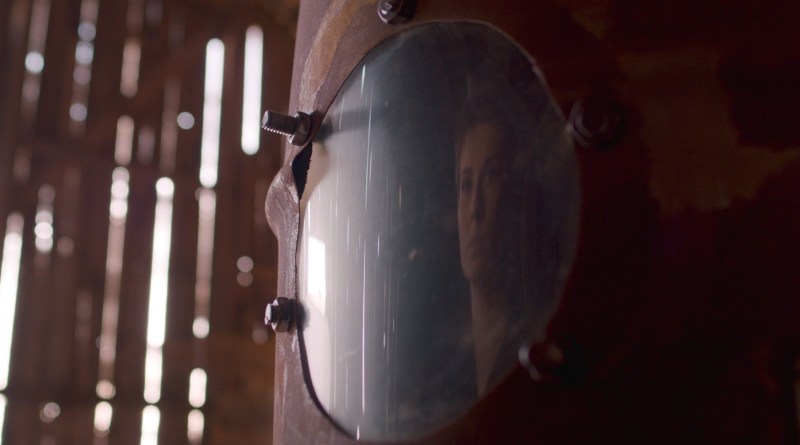 So, THiNC. is definitely not a movie review website. Sometimes you could be excused for thinking that it is. Generally though, I scour the interwebs for movies that are interesting to discuss, complicated to understand, and generally great little indie explorations of what film ought to be like, as opposed to what it is now under the major Hollywood studios. Right? I am here to celebrate the really great things that groups of people come together to create. But today, I want to talk about a movie quickly, in order to find out what you guys thought of it. Or what you think might have happened. Shifter was brought to us by Chris T. – so I’m looking to you buddy, along with others who have seen it – to walk us through this one in the comments section. Because I really don’t have much to say about this one. So here we go: Shifter Movie Warning Discussion and Reinvisioning…

I’m going to drop a ton of warnings even on this trailer. There is quite a bit of gross body horror going on here. And in the film proper, lots of puking, black oil (not cool black oil like in X-files, but gross nasty black oil) going on here, and other decrepit body modifications happening here. OK? Great.

I really really disdained the acting in this movie. Like, from every single actor in this film. But I found the mechanics of the physics interesting enough to try and figure out what might be going on. However, the movie gave us so little to go on, there is little I can say definitively. And if you must watch this film…you can check it out here.

Theresa (played by Nicole Fancher) first sends her cat through. And everything works great. Her cat reappears a couple hours later. PERFECT. And yeah, the cat looks fine! So totally, we ought to jump to human tests. Because that makes sense. (Can’t really blame her much, Primer, and pretty much every other time travel movie doesn’t do comprehensive testing at any sort of reasonable level. So, whatever.)

So she jumps herself. Which, obviously creates two of herself. Even though we don’t see Theresa2 at first. Then we watch as her cat, Bernard, folds back in on itself. Splitting, and devolving into nothing. But then there is Bernard. Hrmm? What? Ah, I think I get what is happening here.

Theresa1 gets into the time machine and jumps forward 2 hours, becoming Theresa2. Theresa1 and Theresa2 now exist in the same space at the same time in an in-congruence or a physics anomaly. The universe cannot allow that to occur, so Theresa2 eventually breaks down and devolves into nothing. Seems like the deconstruction takes a couple days? I’m not sure on that one, because the movie doesn’t give us much to go on here. The more I think about it, maybe it’s Theresa1 that desists? But regardless, it seems as if this cycle can only handle one jump at a time, and even with that, one of the two will disintegrate and stop existing pretty soon after. She jumps backwards? The universe can only handle one of them at a time, so maybe the original eventually implodes graphically and violently. While the other continues on. Right?

Chris T. – I love you buddy. And I will always be in your debt for bringing us Artifact Lake. That was a fun one. But this one? Yikes. Hahahha! Let’s see what happens here?

Chronologically speaking – we know that the house that Theresa lived in, was haunted. And we know that it has to be haunted by versions of herself shifting, splitting, and deforming back in the 60’s and 70’s. We also know that in Theresa’s recent past, she eschews college to stay home and take care of her father, who is dying, and whom she has no real love for. During this chaos, one of their farm hands bails on them all. This hurts Theresa dramatically, but he seems to make sense when he says that he had to find a way to take care of his own financial needs. Her father dies, and she still continues to live a loners life.

Presently, Theresa, sort of a geek nerd, that has gone through her share of hurt and pain, has come up with an idea to create a time machine out of old parts and pieces of weird technological ephemera. She jumps her cat. She jumps herself. But when one of her cats 2 versions of Bernard splinters and dies in front of her we realize this was probably a bad idea.

Now, enter drama about an old flame from high school showing up and taking her on a date. But he’s married, and another version of her future self outs him by taking his ring out of his car and putting it in his pocket. This warns her current self to not give him shot. But the flaw here is that we are the prime version of Theresa. Right? Theresa couldn’t have known he was married in order to warn herself he was married. It would have made more sense if Theresa, a nerd and introvert, framed him as being married. But he actually wasn’t. Right? OR, we should have followed Theresa-Prime through a bad experience with him. I don’t know, at a hotel she finds the ring on the nightstand, or in the car, and then she jumps and protects herself from him. But as it stands right now – this literally makes zero sense. And then one version of herself – the jumper I believe – devolves and splits, completely disappears.

After a while, the movie jumps, and we watch in her journal that she’s been jumping and jumping and jumping like crazy. Why? We don’t know. There isn’t any reason for her jumps. Later in the film in the closest explanation we get to this question, she tells someone that she did it because she could. OK? I guess. To show how messed up life has gotten for Theresa, we watch as a Theresa, throwing up, says to another version of herself, “I don’t remember this”… to this, the second Theresa says, “I do.” “So you must be an older version then.” “How long before the next one?” “Not long.” and she starts splintering.

When a woman at the library asks Theresa to go for coffee, Theresa never shows. We can tell that she isn’t managing time, or the complications of time travel well at all. Time jumps and shifts without any sort of hint or regularity. One minute the librarian was working on her capstone project, the next that was a year ago, and she’s just been working at the library. And the next moment the librarian has been gone from the library for weeks. We don’t see these jumps, or the reasons for them. Eventually Theresa destroys the machine.

But that doesn’t last long because Theresa determines that the only person that can help her is Ashley, the librarian. So she rebuilds the machine. She’s going to go backwards and warn herself to never jump. She will tell her, CONGRATZ!! IT WORKED. But don’t ever use it. She steps into it to jump, but forgot to turn it on. She steps out and then splinters and disintegrates. And that is where we end it. But that really doesn’t mean anything, because there should still be another version of herself out there, no? Or was that the last one? And do we know that because we watched as the old, decrepit cat, fell over and died moments before?

The other day I brought you guys a movie called Hippopotamus. It was a little cringey throughout. It was a bit pedantic in how it told the story to the viewer. But it totally redeemed itself in how it ended. Similarly, I kept waiting in this one for an ‘aha’ moment of clarity which never came. I don’t even think my understanding of what actually happened is solid because of how little we are given.

There might have been some interesting character development if we had watched her learn from her mistakes, learn from her avoidance of others, and grew as a character through her screw-ups. But instead, Theresa learns nothing, remains insular, and avoidant of others. Worse, the key moments that seem to be catalyzers just don’t seem to matter enough to the audience to really matter to her. But what if we had a chance to go back in time and fix it? Maybe it would be better if it looked something like this:

Theresa is working her father’s farm, but nothing is going well at all. Why? Her father is sick. Worse, Ed, her father’s faithful 2nd mate (what the heck do you call Farm Assistants?), seeing the piling bills, and the coming reckoning bails on the family. Theresa spends every waking moment outside of working the farm on her ‘experiments’ in the barn. When one day, a day or two after the bankers have given their final notice, Theresa is visited by herself.

“The machine you are building works. Congratulations. But please. Please. Don’t ever use it.”

Then the bank forecloses on the farm, and everything is sold at an estate sale. So one day, she packs up her pickup with her time machine, a few boxes of clothes, and finds a small apartment to rent in exchange for working as the night shift desk for the apartment. One day, as she is trying to get her life back together, she is reached out to by an old flame from high school. They go out for dinner, then back to her place, where she figures out he’s married (text? ring? wallet photo?). He forces himself on her, and she decides she’s going to do something about it.

She flips on the time machine, safely stored in a back room…and jumps backwards a few hours. Where she places his ring in his pocket. Her innocent self sees the ring fall on the floor, and she avoids getting attacked in her place, but starts her on a path of jumping to perfect her life. One jump is to buy stock in Apple 20 years in the past. Another jump is to ruin Ed’s life for bailing on the family (I don’t know, sets his house on fire? No idea.) Another jump is to purchase her defaulted farmhouse. All the while, she is suffering the pains of the jumps, realizing what her other self told her was true. She destroys the time machine.

Soon after, she connects with Ashley, but she’s too far gone, and even though she promises to meet her for drinks, she jumps, forgets, and bails on her. When she checks in on her again, Ashley quit the library and is gone. Cut to Theresa, sitting in her farmhouse, with a nice nest egg, money to spare, but no friends. She had destroyed the time machine earlier, decides to jump again, so rebuilds it. Only to die immediately after warning herself.

Same movie. But drives purpose and meaning behind the actions. At least somewhat. I don’t know.