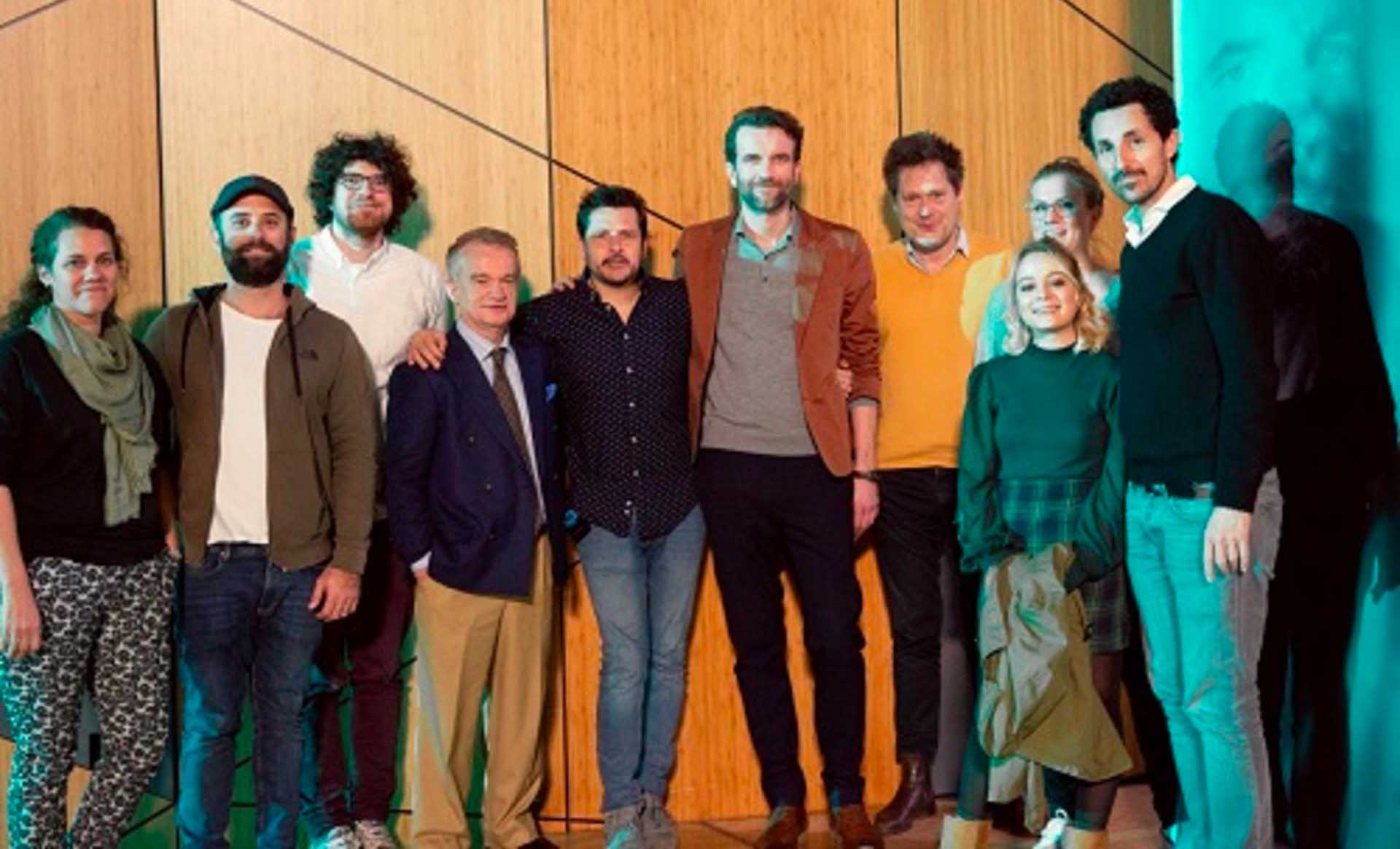 A Perfect Enemy Interview with Kike Maíllo. It’s really rare that I’m completely shocked by a movie. Most movies don’t know how to break the mold and blow everything up. And even with a great mindjob movie, I’m going in expecting to get shocked. You know? But A Perfect Enemy, written and directed by Kike Maíllo, is one of those perfect little films that perfectly pushes and shoves the viewer in the opposite direction of where the viewer is currently leaning. You know? It has the ability to keep viewers totally off balance. Which is why I went out of my way to find Mr. Maíllo and see if he would be open to talking about his film. And thankfully! He agreed to chat.

So, first and foremost – don’t continue on reading without having seen the movie already. Which is simple enough, because you can watch it right now on Youtube, Google Play, and Apple… and I’m sure there are even more. But three perfectly good links is all you are getting out of me, internet visitor! Still unsure? Watch this great trailer. If it were me though? I’d skip the trailer and go in perfectly blind. Take my word for it, this is a fun one. And after you’ve watched the film, and read the interview, come join us as we discuss the ins and outs of how the film worked right here.

Once again – do not continue further through this interview without watching the movie. (Here’s a link, oh, and another one. Getting the idea I really want you to watch this one? Great.) Everyone has watched it? Great, let us away shall we?

THiNC. – “How did you first come to the book, The Enemy’s Cosmetique, and decide it needed to be made into a movie?”

Kike Maíllo – “I read the novel seven or eight years ago. We immediately got down to work to get the rights for different reasons: the dialectic level of the novel (dialogues), the contrast of two such opposite characters, the fact that everything was concentrated in one space, that the work was so conceptual, even symbolic. And obviously the main subjects (ghosts from past, the guiltiness) we found it very interesting.”

THiNC. – “Texel is a woman in the film? How did you come to the pregnancy test and the daughter connection?”

Kike Maíllo – “We were very interested that the female character came to teach the male protagonist a lesson. It is something that has a lot to do with our current political and social moment: women of a new generation who raise their voices against the violence of men. It seemed to us that Texel could be the daughter, helping us to dive into the guilt of the protagonist.”

THiNC. – “Oh, that is fantastic. Texel, the avenging angel. Definitely drops in a ton of social context to have her be a woman, that is for sure. Speaking of which, I really loved the movie’s discussion of guilt and the many ghosts of all our own pasts and how our sins continue to resurface regularly… have these themes resounded with audiences who have seen it so far?”

Kike Maíllo – “Yes, the film talks about those ghosts, about that feeling of guilt. And how we build different facades to be able to fit in with society and with ourselves because, sometimes, we seem unbearable to ourselves. From a young age we learn that it is important to give an image of success, youth, beauty, health, intelligence, a series of elements that make up a facade that makes us fit into society. Jeremy Angust, our main character, likes to give lectures, to present himself as a man who stopped being an architect for the rich to build hospitals in Africa, but the reality is very different. The film is about showing how, from time to time, we must let our sins surface because otherwise, you can become an unbearable monster.”

THiNC. – “Well, just pride alone will cause us to implode otherwise, that is very true. But yeah, he works very hard to convince everyone around him that he is this insightful magnanimous individual. To that end, I have a theory – that this isn’t the first encounter that Angust has had with Texel. Each time he comes through the airport… each time he drives by the cemetery… or by his old home. Maybe a hundred different children or subliminal guilty manifestations?”

Kike Maíllo – “The film gives rise to that kind of speculation. A Perfect Enemy is a circular story, beginning and ending with similar images in the opening credits. Even the final credits go backwards. It’s like a loop, it’s a movie that talks about guilt that you can’t escape from. Somehow the closing of the story indicates that the character can get out of this dilemma for the moment but we will see what happens in the next meeting …”

I love the idea that Mr. Maíllo is talking about here… ‘we will see what happens in the next meeting.’ I think that is the crux of the entire subliminal enterprise. The conscious rebels against our most horrible moral failings. Why is that? If we were pure evolution, wouldn’t we all be incentivizing pure selfishness? Or is this moral recoiling a product of our social learning? Regardless, this entire discussion about Jeremiasz’s psychotic downward spiraling is brilliant to me. It’s even more interesting now that Maíllo is pointing out the gender details and alluding to the #MeToo implications as well.

All that to say – if you made it this far down this page without having seen the movie – first, shame on you. Second… go watch it. It is a fun little ride. I even went and found an English translation of the original book and found the differences between the book’s ending and the movie were FASCINATING. I asked Mr. Maíllo about this detail, but he refused to answer. Not sure why. Let’s see if we can figure it out ourselves:

As the book heads to the end, and the reader realizes that Isabelle is actually Jerome’s wife, and not someone in Texel’s past. (As mentioned in the interview, Texel is a guy in the book.) And as a result, Jerome gets the attention of a few cops nearby. And when the cops come over, they totally ignore Texel and only interact with Jerome. They ask for his ID and then we realize that Texel isn’t there. He’s completely invisible. And as we are realizing this, Texel tells Jerome that the two of them are one in the same. Remember that scene in the movie where Texel was talking about everyone’s inner enemy? I think the line went something like:

Texel – “We all have an inner enemy a thousand times more powerful than God.”

Texel – “You are right, proof of God’s existence is difficult. But proof of an enemy within is palpable. It crosses your path every day and destroys everything worthwhile.”

Well, Texel explains that he is that enemy – the one that destroys everything worthwhile. His inner conscience. And just like that? Jerome Angust snaps. He is unable to deal anymore. And he grabs hold of Texel and begins bashing his head repeatedly into the wall until he dies.

I personally think that the bathroom scene, with the cement? Is way more elegant than the ending of the book. But the differences are intriguing all the same. Drowning his inner conscience under the same cement he buried his murdered wife is poetic. It’s a repeating refrain that echoes truth back to the viewer allowing us to understand just how broken this fellow really is. Alright, I’ve been thinking about this movie for a solid week now. I think I’m going to stop now before Texel appears in front of me as well.