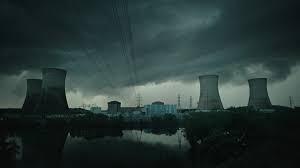 Meltdown: Three Mile Island Netflix Recommendation. Just have to say that one of the best documentaries, by far – ever, was the HBO documentary Chernobyl. Just one compelling revelation after another. I’ve probably watched it three times with three different groups of people… no, four. On my own, with a buddy at work over lunch, with my son, and also just recently again by myself. I just can’t get enough of that show. Nothing compares. It’s got really intense consequences with the world teetering on the edge. It’s got revelation after revelation. Great acting. Unbelievable special effects and sets. Just nothing quite like it.

Which is why, when I found out there was a documentary about the Three Mile island accident, I had to watch. And while not nearly as compelling as Chernobyl, it’s still riddled with crazy cover-ups and stupid mistakes. Makes you think that nuclear energy should be outlawed simply because of humanity thinking that the TRUTH would scare people off or something. But not because of the technology itself.

Anyway – I don’t have any sort of walk through, or deep insight about Meltdown: Three Mile Island, except to say, watch it. I thought the way the story cut back and forth between actors and interviews was well done. It also kept the stupidity of the people involved secret until just the right moment. I was like, okay, so we are done then? OH, THEY GOT MORE STUPID. Got it. Anyway – if you are intrigued, you can find it over on Netflix, right here.