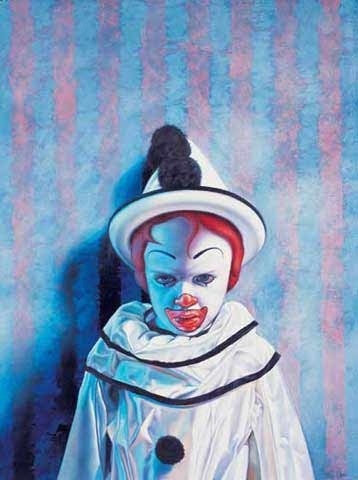 Documentaries fascinate me. If I trip across one randomly its like a tractor beam just got invoked in my brain. I’m done. Cancel the plans for the day and bring in the popcorn. Cause I’m not going anywhere. My brain just went zombie land and there is no hope of getting me out of the chair.

So to that end, I’ve made a list of my Definitive Must See Documentary List of the past ten or fifteen years. I have not listed them in any particular order. I do have favorites though – and I’ll indicate that in the write up of each. But these are the best of the best documentaries that everyone must see. I’m sure you know 20 or 30% of these. But I’m sure that there will be movies here that will surprise even the biggest Documentary fans among us. Be sure that I’ve been spending the better part of 3 months pulling this together. Not that getting a list was hard, but weeding them out to the top few worth mentioning was the difficult part. Just so many to choose from!! But, enough griping… let’s begin the hunt!

Exit Through The Gift Shop –

By far my favorite documentary of all time. Its the movie that introduced me to one of my favorite artists (Street Artist Banksy directed this documentary) and at the same time began a dialogue in my head about modern art – and the definition of art. We watch as an “Artist” is created (His name is Mr. Brainwash…) right before our eyes. And his paintings begin to sell for hundreds of thousands. Is the documentary real? Is it fake? Is it meta? Is it real-meta-fake? I have no idea. And neither do you. And what’s really funny – is that Banksy doesn’t have any idea either.

This here is epicness. Behold… and be afraid. My wife and I were in Hawaii, and it was the most beautiful part of the day, when I was mindlessly flipping channels before heading back out. Two or more hours later we left the house with saucers for eyeballs only to be greeted by the sunset. I have never before, nor ever since, seen anything like this movie. It grabs you by your short hairs and doesn’t let go until it says you can leave. And then it tosses you aside and wades back into the Alaskan forest beyond… one big fat amazing encounter of a movie.

The King of Kong

You know those guys that still rock a 1980’s throwback mullet? You see them occasionally trying to live out their 1980’s glory days today. (Uncle Rico anyone?) That is this movie. That guy, and his mullet. Oh, and mullet-boy’s rabid chasing of an arcade game record in the most vaunted video game in history, Donkey Kong… there’s some of that in there too. The glory days of the Arcade still happening today. It is a plot filled with intrigue, chaos and a whole lot of mullet. This movie had me laughing out loud at all the wrong places. I loved this movie!

I just recently got around to watching this brilliant documentary and it is the documentary that got me going on pulling this list together. Catfish is the conversation about online identity and truth in a digital/social world. It was an eye opening movie that had me agog most of the movie, just amazed at what is going on in this digital universe.

Uber brilliant concept. After two women sue McDonald’s for making them obese. But they lose the lawsuit because they couldn’t PROVE that it hadn’t been something else that made obese. So Morgan Spurlock set out to eat only McDonald’s food three meals a day for one month. Bonus? Every time a McDonald’s employee asked if he wanted to supersize his meal he had to say yes. And he had to eat every bite. Let’s just say that by the end, poor Morgan wasn’t doing too well… great movie.

The Queen of Versailles –

Remember when the bottom fell out from underneath the real estate market? There was no one more leveraged in that particular space than Mr. & Mrs. Siegel who were in the middle of building the largest house in America when the bottom fell out from under them. Tacky. Glitzy. Awful. These are all adjectives that keep recurring in my mind thinking back on this couple. Amazing is another one.

Wordplay (further down the list) is good. But Word Wars is brilliant. If you think crossword puzzle geeks are intense… just wait until you get a load of these Scrabble geeks. Oh my gosh. These guys get night clerk front desk jobs so they can memorize thousands and thousands of 3×5 cards of seven letter plays. Seriously. This documentary follows a handful of the up and coming rising stars that might win this years grand national championship. And oh the high jinks. The drama. And the prostitutes from Tijuana! hahah. Great movie.

Bueller? Bueller? Bueller? This documentary is all about the hardcore agenda against science teachers in universities around the country that are being fired for believing in Intelligent Design. There are some really classic interviews between Ben Stein and some of the craziest pseudo-intellectuals I’ve ever seen. “Well, then how did it all begin? Yes?” “UFOs…” “UFOs?” “Um, yeah, UFOs.” I’m surprised at what this documentary was able to capture on video.

There is nothing quite like this documentary. Tough Love is exactly what our school systems need at times, and it is least what it wants most of the time. This is the story of 5 different children and their encounters with school and the determination of their parents who have to bend over backwards to make it all happen. Its a “hot under the collar” documentary that our school administrators desperately need to watch. IMHO.

Food is possibly one of the scariest movies I’ve ever seen. And its not even trying to be a horror movie. If you want to know what the American Food industry is all about (and you really don’t) this movie is for you. It’s sad beyond all belief to see that just exactly what the Food Industry is willing to do to make a buck. And you know what? I think we’ve all been suckered. Really amazing tell all movie. And I’m the biggest free-economy guy you know. I guarantee it, and even I would vote for legislation crack down in this space…

In this amazing interview, reenactment, documentary we encounter one of the most outrageous natural disaster experiences ever.  Its basically a philosophy 101 course on exactly what NOT to do in the moral game of lifeboat.  Everything goes disastrously wrong from beginning to end in this movie – but its so amazing in its scope and its vision that you can’t look away as the car crash unfolds right in front of your eyes.

A light-hearted journey into the world of Will Shortz, crossword puzzle editor at The New York Times. This film was a Sundance Grand Jury Prize nominee and features Bill Clinton, Mike Mussina and Jon Stewart.  I’ll be honest, I’m not a big crossword puzzle fan.  Like, not at all.  But this movie was fascinating all the same.  Scrabble geeks are definitely geek in and unto themselves, that is for sure.

This is actually a documentary I heard about on the 99% Invisible Podcast (that’s a thought, I should do a write up on the best podcasts out there!) but I haven’t seen it yet. But I’m dying to. Can you tell? Especially since it made my list before I’ve even seen it. (But there is precedent for this as well, can any of you say Prometheus on my Guy Movie Night List?)

There are many many more I could slide in to this list without really giving it much of a thought. I can think of two good docs on spelling bees, one on origami, a surfing one, woodstock, one from a WWII barrio, etc etc. What documentaries are in your must watch list? If you mention them in the comments I promise I’ll add them in the blog as well. This is basically a call out to all of you who know of great documentaries. I’m always yenning for that next great documentary. So do me a huge personal favor and tell us all about them here! Happy documentarying!!