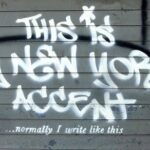 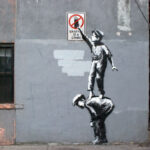 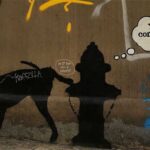 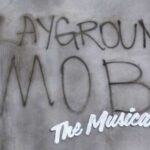 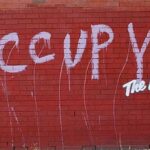 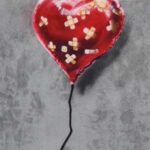 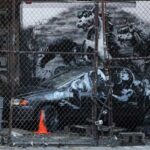 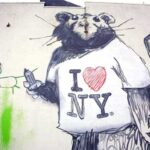 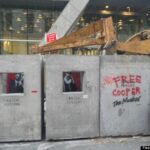 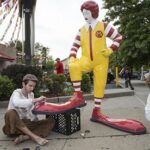 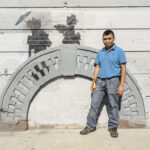 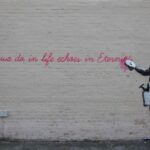 1 [bangk-see]
artist, noun, plural bank·sees.
1. a street hoodlum determined to sully the cities he works in.
2. a confused “artist” that can’t afford canvas, and therefore chooses to utilizes inner-city walls instead.
3. an artist and award winning documentarian hell bent on normalizing his destabilizing effects on the art world

A New Show By Banksy

Above you can see the gallery I am pulling together of Banksy’s New York “Show”. His attempt at occupying New York is called “Better Out Than In”. But right now the revelations of what the artist (or his group? it is unclear right now) is doing are sometimes happening AFTER the works have been covered or defaced, or taken down. So, its moving so quickly its difficult to keep up with.  Regardless, if you want to see the piece’s locations you can see them here.

Think about it.  What the “show” is saying.  Art isn’t for the elite.  Inside out thinking and political coups are not for just the rich.  Banksy is saying, artistic license is for everyone.  His pieces are being defaced rapidly, and I once thought what a shame.  But now I’m realizing, this is exactly what he wanted.  He said what he had to say… and we can now let the tide wash the works out to sea.

“There is absolutely no reason for doing this show at all,” Banksy tells the Village Voice. He explains that street art — especially when it’s earning the artist money — can just feel like marketing, and that he wanted this show to be different. [pullquote]”It’s pointless. Which hopefully means something.”[/pullquote]

In the second week of tags Banksy has made comments on 9/11, Ronald McDonald, the Boardroom, Occupy Wallstreet, and more. He’s really been prolific. So much so that the police and government officials have started to look for Banksy specifically in order to keep him from tagging up New York. Only glitch? No one knows what he looks like.

Regardless as to the “point” of Banksy’s latest show – it is causing an epic stir throughout New York.  When each piece is posted on Banksy’s instagram feed New Yorkers race each other to be the first one there to see the piece.  No entry fee.  No wine.  No cheese.  Just a proletariat art show for the masses.  Never mind the fact that what Bansky is doing is illegal.  (Wait, since when is giving millions of dollars worth of art away illegal?!? Oh never mind.)

One of my favorite Banksy plays so far is his setting up an art stand with 50 to 100 original prints of his. An old man is selling his art for $60 a print and NO ONE IS BUYING. A woman eventually buys two but haggles the old man down to half price. My dear… those prints are probably worth a half a million each. That’s one of the greatest art buys the world has ever seen. Only problem… she has no idea. And they are going into the “kid’s room”? Seriously? GAH! hahahah. What can I say, Banksy knows how to make a statement.

If you don’t know Banksy you are missing out.  I understand that the art world can be arcane and difficult to follow.  But Banksy is not your normal cut from the clothe artist who attended art school for 8 years, then scraped by eating Ramen while they waited for the first gallery to post a single painting.  Banksy’s path to global fame was through an entirely different route.

Initially Banksy began utilizing stencils in order to get his paint on the wall quicker so as to not be caught by the local Bristol police.  Known for his governmental disdain of the labeling of graffiti as vandalism, Banksy intentionally pushing against these boundaries by displaying his art on public surfaces. 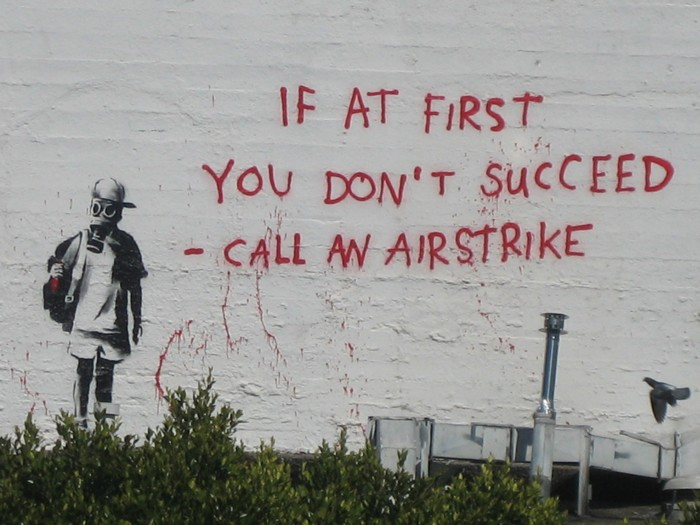 Here’s the thing – Banksy’s work is so universally sought after that when he does a tags a wall Banksy does not sell photos of street graffiti directly himself.  But auctioneers have been known to sell a work directly there in the street and leave the removal of the piece up to the new “owner”.

Banksy movie “Please Exit Through the Gift Shop” – which I highlighted on my list of the best documentaries of note – debuted at the 2010 Sundance and even found “Banksy” nominated for an Academy Award.  (Which is fascinating really.  No one knew who he was at the time, how did they notify him?  Intriguing really.)

So now, whether you think Banksy an artist or a hoodlum, we have news for you.  The artist has declared the over the rest of the month of October that he will “exhibit” his work.  Eh?  How does a graffitist (word?) exhibit?  Well, when the exhibit in question is basically his donating a work of “art” worth hundreds of thousands of dollars to the owner of the building being tagged, I all but guarantee you that they will not press charges, that’s how.  His latest work – the kick off, the first salvo, if you will – I’ve posted here.  The interesting bit of this is that the pieces are going to come with an audio accompaniment as well.  But will he stand there and hand out headphones?  No.  A phone number will be tagged on each of the pieces allowing the viewing audience to call and listen to Banksy’s commentary for each.

As the Verge puts it: ‘The audio guide will be far from educational though — the first one is instead a humorous sendup of the type of language you might hear from a museum, supplementing the painting with useless details like, “You’re looking at a type of picture called ‘graffiti,’ from the Latin ‘graffito,’ which means ‘graffiti’ with an ‘O.’” You can listen to the first recording on his website or by calling 1-800-656-4271 and dialing 1# when prompted.’ 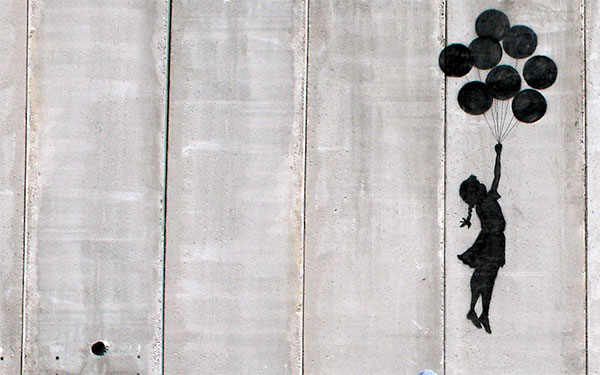 I personally can’t wait to see what Banksy has up his sleeve for New York.  If you are curious as to what he’s capable of, this is the guy that graffiti’d the Israeli wall in Palistine of all places people.