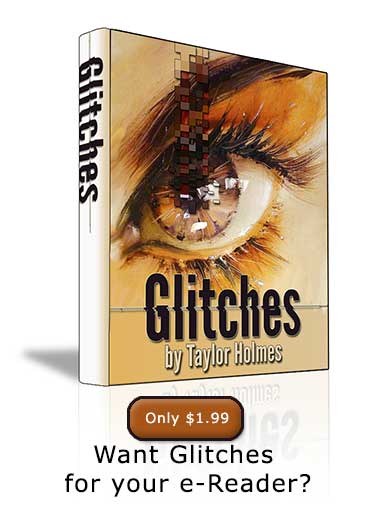 It’s ironic really. The fact that I am now under house arrest and sentenced to die in 24 hours. Six months ago I was ready to take my own life, ready to do their job for them. But now that my eyes have been opened and I see clearly now what is going on and the larger purpose placed on my life, they are going to take it from me. And so I am sitting here at my desk with a pad of paper and pen scrawling out my story as quickly as I can in the hope that I can get it finished before they come for me. Over the last six months I went from a complete infant in this world to a the biggest threat the world has ever known apparently. I disrupted the balance of power and now I must pay the consequences. The first thing you must know about the world around you is that there are people you pass by everyday that have unbelievable and extraordinary skills and abilities. Powers I guess would be what you would think of them as. But I have learned that they are skills. Every person on this planet iscapable of similar feats of strength and mental acuity. We have all been granted some bent or predilection to a certain type of ability. And if honed, you would startle yourself with what you are capable of.

I startled myself anyway. But look where it got me. Glancing out the window I can see a fairly innocuous looking young person sitting on the roof of the building adjacent my apartment. Walking closer to the window I see two more on the street trying to appear as casual as possible. I can tell though that they are scared out of their minds right now. That is why there are over forty of these guards surrounding me, making certain I won’t be leaving until it is my time.

My true crime, the one that put me here anyway, was innocent enough. I befriended someone I shouldn’t have. I let them know that their hunch about the world around them was real. And that the pain they’d suffered on behalf of that hunch was not justified. This was too much for the order of things and the powers that be. I believe that is why I am here anyway. To be honest, I’ve killed my fair share of people in the last few months. I have hunted people actively. I have undermined whole segments of this society intentionally. And I have been hunted in return.

And I have known love.

I was given the chance to love the most extraordinary woman the world was ever lucky enough to know. I have seen her stand up in my defense when I deserved it the least. And fled together from the inevitable onslaught that we could only forestall until yesterday. And now I don’t even know where she is or if she’s even alive. I can’t imagine that they would let her live for what she did on my behalf. But she is my only hope. If she is gone now I have nothing else, no other reason to continue. I am back to where I was at the beginning.

I have heard stories over the last six months of one or two other times when a crossbreed like myself existed and they generally didn’t end well then either. The stories go that the different houses were enraged to such a fit of jealously and terror that at the moment the individual was guessed to exist they rained their chaos down on them until they were shattered and broken. There wasn’t even a need for a trial. So in that regard I’m doing better I guess. At least they gave me a trial. Though I didn’t know it was such. I thought of it as an interview. One I hoped to do well by impressing those around me. But that was the worst thing I could have done. But I was ignorant of their plans, even though I was warned. Oh I was warned. I think every single person I met warned me in some way shape or form.

And yet, I thought I was different. I thought that I would be able to change the course of history with my sheer determination. And here I am under house arrest. Awaiting execution. I can only guess what will happen when they come. But when they do, they will come in droves, that is for sure. They will come en masse for the sole purpose of overwhelming me. They know I am a threat and they have no idea what I’m capable of because no one like me has ever lived long enough to find out. My one hope and my only desire is to see her face again.

One last time. I know I can’t be with her again. I know I can’t chuckle at her strangeness or her interesting ways. If only I could bargain with them I would hand over every skill and power I have learned over the past six months and retire to a simple cabin in the woods with her. I would never invoke them again if I could spend the rest of my life in obscurity and anonymity with her. I can’t think of anything else that would make me happier than this. And yet, she may be dead right now. I don’t even know. I can’t sense her anywhere nearby. I can’t imagine they would allow her to add her voice of descent to mine. The two of us and our few friends were way too much for them to handle and they are now too afraid to think straight. I can hear the fear rippling off of them even now. It doesn’t matter. I am going to die soon. The woman I love is gone. The life I have come to love is being ripped from me. And they will make sure that I die the most excruciating way imaginable. I am sure of it. And then they will bring me back and do it all over again.

And as the pen scrawls across the page and I concentrate on the quill scratching its path along the page I hear underneath this sound a whispering. I continue my writing to cover my surprise… but the whisper is clearer now. Its growing in strength and form. I try and control my heartbeat to avoid tipping my captors to the truth. The truth that hope is building.

That hope is rising.