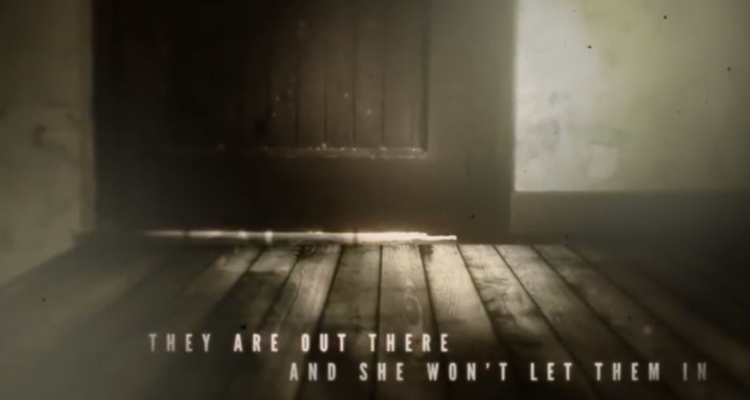 Get The Bird Box Scared Out Of You 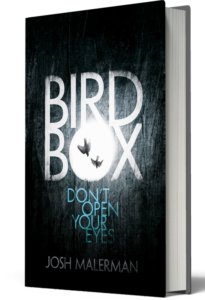 Occasionally you find a book that you dig and so you tell a few people about it.  Right?  And then you forget that you’ve even read them.  And when people ask whether they should read it you say… yeah, sure.  It’s good.  But whatever you are reading right now instantly over rights that particular recommendation.  MOST books are kinda like that.  Right?  They are good.  You enjoy them… but when they are gone they lose some of that intensity.

And then there are the books that rewrite a genre.  The books that change the way you look at the world.  I don’t know what books are like that for you.  But I can give you a couple that have been like that for me.  Probably the first book that comes to mind in this space would be The Passage.  You know, the book I talk about all the time here on THinc.  The book about Vampires that is more like a post apocalyptic Alien than a Vampire novel.   That book changed the way I think about novels.  Everything is compared to that book.  Other books in that same vein would be The Shining, The Stand… and apparently any book that starts with “The”.  Just big enormous books with enormous scope and scale. 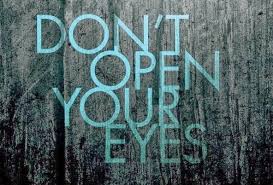 Another stripe of books that have blown my mind and made me become an evangelist on their behalf would be the Gone Girl equivalents.  Right?  The Shining Girls, etc.  Books that are surprising and unravel in ways that are unexpected.  Sort of the Ocean’s Eleven of the book scene.  They just don’t behave at all.  Time travel?  WHAT?  Or she TRIPLED back on herself?  How is that even possible?

So with all that build up let me just say this.  All last year I spent documenting my favorite reads.  You can see the year end review here.  But even after all that time and effort and advocacy… I didn’t come up with a book that was even half as good as Josh Malerman’s Bird Box.  Yeah.  And The Shining Girls was in that list.  As was Before I sleep.  And S by Abrams.  Lots of great books were in the review pile last year.  And this one genre busts better than all of them combined.  Watch this preview trailer – it doesn’t spoil any of the details about the book – its safe to watch.  And then I’ll walk you through the premise:

So, basically something has happened to the earth.  Nobody really knows what because if you see whatever it is, you go insane and kill yourself, and maybe a few of the nearest people close to you.  Sightings poppped up in Russia and then progressed to Canada and then down into the United States.  People start disappearing and its happening everywhere all of a sudden.  Then, in order to protect themselves from whatever it was that was out there, people just start hiding inside their houses and boarding up the windows.  It is in this crazy dark post-apocalyptic craziness that our novel begins.  We meet a woman who has holed up with her two four year old children for the past five years.  She has decided that she needs to move.  The three of them need to get out of the house that has protected them for so long.  And so she blindfolds her children and heads out into the fog of the early morning…

That’s all I will say about the plot of the book.  But if I were to redo my list of scary books to include Bird Box?!  Its definitely going to land near the top of the list.  Bird Box is probably a 10 on the scare list easily.  And yet, there are very few “REDRUM” Shining type moments in Bird Box.  The thrills of this book come more in the form of the inevitable holy crap, that did not just happen variety.  You spend the entire book feeling the pain of these characters who are just trying to figure out what it is that is out there that is driving everyone insane.  Maybe they should use a mirror?  Or possibly video outside?  Could that work?  Sure enough, they try it.  And the consequences are fatal.

Bird Box is an awesome yarn that will blow your mind.  Its just a fantastic premise.  A monster that will send you over the edge just by looking at it.  Reminds me of the Clown in Stephen King’s IT.  It was infinite, and could be anything it wanted to be, and if you tried to grasp its enormity the closest you could come is the vastness of space.  But think about it, walking around outside with a blindfold on, so you don’t see the bad thing.  Right?  You need food.  You need water.  So you head out, you hear things.  But you don’t know if its just a bear.  Or maybe it’s just a wolf.  JUST a wolf.  You are defenseless without your vision.  Oh, and then by the way, MAYBE its the evil thing that is not named.  You hear it down in the well as you are drawing the bucket up.  You hear it in the bucket.  Maybe its small?  All I know is that that would be the scariest thing ever.

So take my word for it.  Bird Box is the book of the summer.  Heck, its the book of the year.  What a great atmospheric and dark book that will have you on edge by the second chapter.  So put down your long listed Booker Prize list and read a really edge of your seat thriller instead.  Congrats Mr. Malerman.  You have an enormous winner on your hands with the Bird Box.