So I caught wind that there was a new short called Everything & Everything & Everything and um… Carruth is in it.  After falling on the floor, and self-administering an intracardiac injection of epinephrine… I literally emailed everyone in Hollywood associated with the movie I could get my hands on.  (I seriously did.  I’m sure I’m now on all of the major motion picture house’s spam blockers.  I kid you not.)  The reason I reacted thusly can be explained by this infinitesimally short teaser:

From everything I have gathered the movie is about a down and out guy named Morgan that discovers a device that creates a door knob.  And another door knob.  And another.  It’s apparently about someone in search of a connection with the infinite, and when he gets it he longs for something bigger, greater, more.  Which is as brilliant a storyline as I can even imagine.

The movie’s premise is so Carruthian that I was literally shocked to see that the movie was directed by Alberto Roldan.  Here’s the official statement of what the movie is about: In this visionary statement about the meteoric rise and catastrophic falls of consumer culture, the oppressively vapid life of sad sack Morgan (Primer and Upstream Color director Shane Carruth) takes a sudden turn when he discovers a mystical blue pyramid that produces doorknobs. Realizing the profit potential of this tireless high producer, Morgan takes it to the next level — and then some.

But what’s really clear is that I am completely and totally unloved.  I am unlucky. And unloved by anyone and everyone.  Seriously?  There is a short featuring Shane Carruth and NO ONE deemed it worthy of a mention?  Oh interwebs, you are a cruel cruel mistress.

Even so, I will list out the Director’s comments about the short film, interspersed with shots from the press kit.  (Am I press?  Seeing as though I’m one of only 2 sites on the entire planet talking about this movie, it appears I am now.) 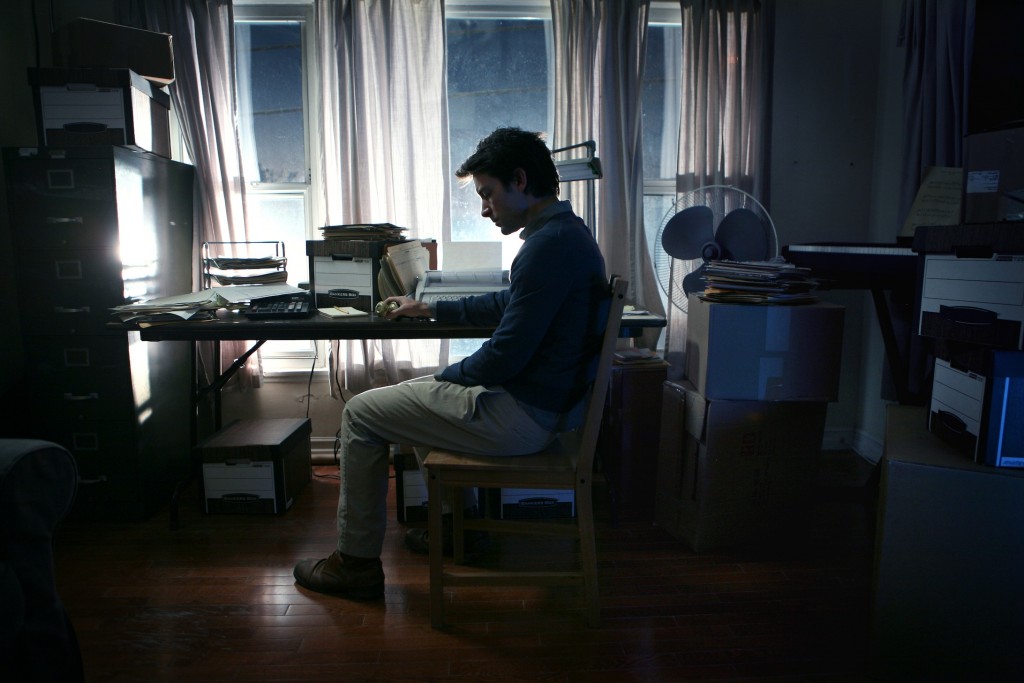