See the other side homelessness campaign

Oooooh, I love love love the idea of this campaign. At first I stared and stared and stared at the poster and read it and re-read it, completely unclear as to what I was seeing. But there was a flaw in that where I saw the image above posted, it wasn’t connected to a photo of the other side.  So it wasn’t until I saw both together finally did it begin to make sense.  Here, let me put you out of your misery: 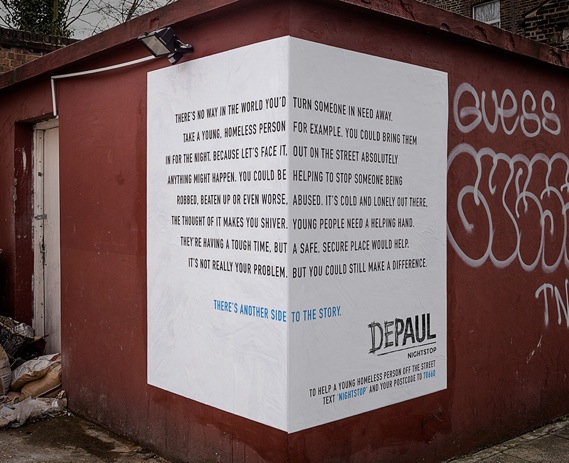 I love how the advertising campaign challenges Londoners to open their hearts to those who are in desperate need. Reminds me of the narrative underlying Les Miserables. A story of grace, and of redemption. Regardless, kudos to the DePaul International for their campaign to open the hearts of those who are more well off. We would all do well to open our hearts to someone who is less fortunate. Here is another example of this campaign. 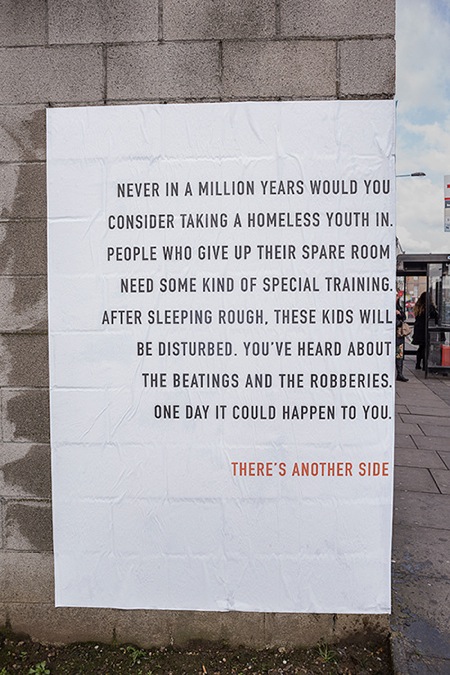 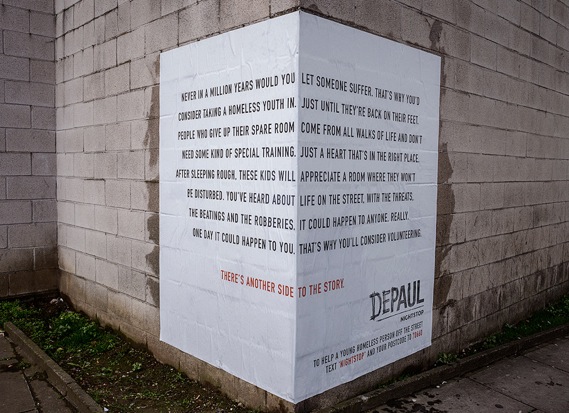 “Never in a million years would you let someone suffer. That’s why you’d you’d consider taking a homeless youth in. Just until they’r back on their feet. People who give up their spare room come from all walks of life and don’t need some kind of special training. Just a heart that’s in the right place. After sleeping rough, these kids will appreciate a room where they won’t be disturbed. You’ve heard about life on the street, with the threats , the beatings and the robberies. It could happen to anyone really. One day it could happen to you. That’s why you’ll consider volunteering.”