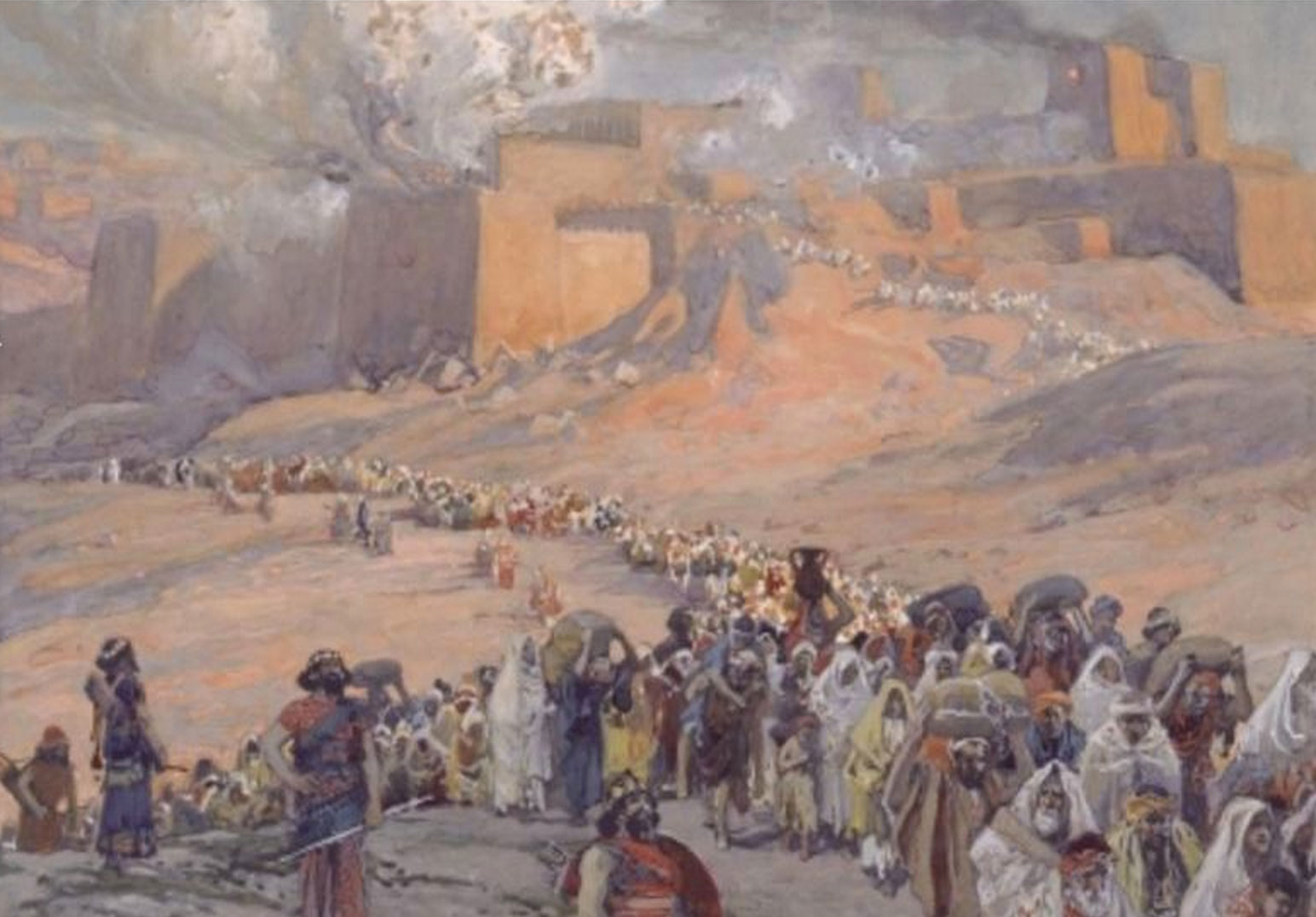 Welcome to Ezra. I’ve been systematically* walking through every book of the Bible beginning back in Genesis. On a particularly optimistic day I thought, it’d be fun to do at least a 1,000 word write up on each book as a response to an atheist’s attempt to do the exact same thing. But I’ve realized that for me, this isn’t a response anymore. It’s mainly just an experience now – an ongoing realization of just how incredible this enormous love letter to the human race is from the Creator of the universe.

So Ezra finds the Hebrews in captivity in Babylon. Can I just stop here and say from an objective perspective, there is no nation on the planet that has experienced this level of turmoil and still come out the other side in tact? No other nation on the planet has been dispersed and then reunited as a nation state again. I challenge you to name one. Not only that, but the Jews’ diffusion around the globe even has a name… the diaspora. Do Americans abroad have a name? Well, I mean other than expatriate? So from an objective standpoint there is something going on here with these crazy Jews. Something unprecedented. 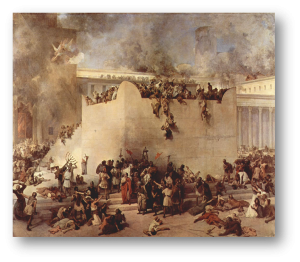 And it didn’t just happen once. Think Egypt, Samaria, Assyria, Babylon, and… Germany? And after each exile they returned back to Israel and were restored to their historical homes. Including after World War II… which is actually the most amazing restoration of them all. Even if you stumbled onto this post as an non-Christian (and by the way, I’m glad you are here) you have to admit that that is highly highly improbable. If not ordained. Sure, a lottery ticket hitting doesn’t prove God’s involvement – but you have to admit that this is highly irregular, if nothing else.

Anyway, back to the captivity in Babylon. Back in the book of II Kings we saw the Jews get carted off to Babylon. The book ended with Jehoiachin blind and imprisoned. After 30 years of imprisonment Merodach became king of Babylon and seemingly out of the blue he chose to honor Jehoaiachin. Out of the blue because it was common knowledge that Merodach was the epitome of evil. Regardless, Jehoaiachin was made a member of the king’s court along side other deposed kings by Merodach.

But check this out, in Matthew 1:11, we see that the lineage of the Messiah came through Jehoaiachin. “Josiah bego Jeconiah and his brothers about the time they were carried away to Babylon. (12) And after they were brought to Babylon, Jeconiah begot Shealtiel, and Shealtiel begot Zerubbabel… (16) And Jacob begot Joseph the husband of Mary, of whom was born Jesus who is called Christ. So we are continuing to see the thread here of God’s will being done here in spite of the captivity, and in spite of everything going to hell in a hand basket.

The book of Ezra was written by Ezra around the year 440 B.C. and it would seem to record events all the way up until 450 B.C. The book mainly concerns itself with the return from exile after the 70 year time there in Babylon . But most of the book was about the rebuilding of the temple in Jerusalem. Even before the foundations are reset, the people have restored the altar and were performing sacrifices. So it starts out basically right here with this good news:

“This is what Cyrus king of Persia says: ‘’The Lord, the God of heaven, has given me all the kingdoms of the earth and he has appointed me to build a temple for him at Jerusalem in Judah.”

And Cyrus then heads to the royal vault and halls out over 5,400 items of gold and silver that had been stolen from the temple before the Israelites were all taken into captivity.  This is such an amazingly wild change of heart – what the heck is going on here. Well to understand this completely we have to go BACKWARDS 160+ years to Daniel who made this prophesy around 600 B.C. He prophesied (by reading Jeremiah – and he wrote his own prophesies around 700 B.C. – a full 260 years prior at the very least) in Daniel 9:1-2:

“In the first year of Darius the son of Ahasuerus … I, Daniel, understood by the books the number of the years specified by the word of the LORD through Jeremiah the prophet, that He would accomplish seventy years in the desolations of Jerusalem”

If you are interested, the specific prophesies of Jeremiah were made in Jeremiah 25:1-11 & 29:1-10. Basically the prophesy predicted two things, the desolation of the land by Babylon (more specifically the temple) and the second thing prophesied being the captivity of the Israelites by the Babylonians. Jeremiah goes on to elaborate that the Jews would serve the king of Babylon seventy years – and then after the 70 years were completed God said that He would cause them to return to Jerusalem.

So to step back a second, its a pretty amazing thing to realize if you wrap your mind completely around this idea. And I’m sorry, but there is a lot of History about to happen here for a minute, but if I didn’t you wouldn’t fully grasp how amazing this really is because Ezra just states it as fact and there is no exposition as to what actually happened.

So Babylon was a monster kingdom. The world power. Not A world power. The one world power. The walls of the city were unprecedented. The moat surrounding the city was thirty feet wide. Babylon came to power through the capture and subjugation of whole swaths of the Assyrian Kingdom and ruled the area utterly including the capture and destruction of Judah and the temple. This shift and take over by Babylon was predicted accurately in 600 B.C. Their take over of Assyria occurred roughly around 550 B.C. +/-.

So Babylon was a power back when this prediction was made, but not the power it would become. Then, the ascension of Persia to power over the Babylonians was prophesied as well which is how the Israelites were freed. Isaiah made this prophecy that Babylon would open its gates to the coming Persians around 700 B.C. and it was fulfilled in 539 B.C. Check this out though, this is what Isaiah’s prophecy says would happen… I’m going to quote it all here. But just put yourself in Cyrus’ place.  Can you imagine being presented with a scroll written a hundred or two years previously and having your name all over it?

“This is what the Lord says to his anointed, to Cyrus, whose right hand I take hold of to subdue nations before him and to strip kings of their armor, to open doors before him so that gates will not be shut: I will go before you and will level the mountains; I will break down gates of bronze and cut through bars of iron. I will give you hidden treasures, riches stored in secret places, so that you may know that I am the Lord, the God of Israel, who summons you by name. For the sake of Jacob my servant, of Israel my chosen, I summon you by name and bestow on you a title of honor, though you do not acknowledge me. I am the Lord, and there is no other; apart from me there is no God. I will strengthen you, though you have not acknowledged me, so that from the rising of the sun to the place of its setting people may know there is none besides me. I am the Lord, and there is no other. I form the light and create darkness, I bring prosperity and create disaster; I, the Lord, do all these things.”

Well no wonder the book of Ezra starts out with Cyrus saying – I am King, and the God of Heaven has given me everything… in order that I will build a temple for him in Judah. He read the prophecy. Why would this poleax Cyrus? Babylon literally opened their gates to him. How did this happen? Cyrus diverted the might Euphrates away from the Kingdom of Babylon and they literally gave up due to a lack of water… they opened their gates to Cyrus. They literally opened up the doors to the kingdom just as it states here would happen.

So while Cyrus was not a follower of God. He recognized divine intervention when he saw it. And Cyrus’ very first (not second. not third. first) official edict was that the Israelites would be free to take the gold, the silver, and return to Israel to rebuild the temple. Because when you see God’s hand at work you act in response. 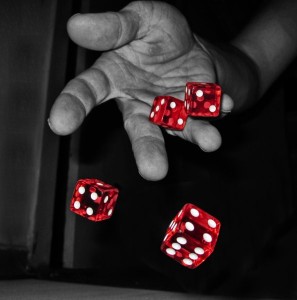 What does this mean for me personally? The other day I was having just a terrible time of it. Don’t think I’ll go into the details here – but heck, if you want to know, email me directly and I’ll put my heart on the table for you if you’d like – suffice it to say that I was completely stressed out. I was considering a few bad choices and I didn’t see things going well. And so I did something I definitely don’t normally do. I decided to dive fullon and completely into God and ask for him to save me. And to that end I tested Him… (not always wise, but I really did honestly want to hear from Him.) What I wanted was a single verse specifically for me, in that moment, from God. So I headed out to a website that would give me random numbers and I asked it for a random number from 1-66 (the number of books in the Bible). And I got a 53 – which is Second Thessalonians. There are three chapters in 2nd Thess, so I went back to the random number generator and asked for a number between one and three. I got a three. I then asked the random number generator from a number between one and eighteen, the number of verses in the third chapter. And I got a three. So the verse that the roll of dice came up with was II Thessalonians 3:3 – which is:

“The Lord is faithful, and He will strengthen and protect you from the evil one.”

Do I recommend this sort of divination? No. I don’t. I grew up in a Pentecostal church with demons and angels behind every bush. That isn’t how I roll anymore. But I do know that God answered my request for a word from Him. I know for a fact that He sent me the encouragement I needed in that moment. I do believe that if you are honestly seeking for God you will find Him.

I know that the God of the universe is also the God of the Israelites and He moved whole nations and Kingdoms on their behalf. And these global political moves weren’t willy nilly either. They were pre-ordained on their behalf. So why would I think that when I cried out to Him He wouldn’t answer? God is real, and alive… and moving in the world today. He is a God who saves. He’s saved the Israelites… He’s saved me. Is He your savior too?