Sometimes you run across something new and it makes you reconsider what is possible. It makes you reconsider the bounds of what you previously thought was capable. A book that did that for me was The House of Leaves by Mark Danielweski. That book was revolutionarily mend-bending to me because it broke down the fourth wall while also playing with what was possible from a publication and printing standpoint. The book was revolutionary in that it was a book about a movement about a movie and its authors, and the real horror story behind the movie, behind the transcript behind the movie behind the book behind the kid that found the book. Literally was 6 or 7 layers deep when it was all said and done. Which reminds me also of J.J. Abrams book entitled S which also does a similar thing in popping out of the confines of his book by narrating along the margins with individuals writing back and forth to each other. There have been a few games that have strived for this sort of inside out experience as well. The most recent game like this that we have discussed here would be Lifeline.

And these were all really good upside down, think outside the box sorts of experiences, but none could possibly be better than the iPad game Alfa-Arkiv. I’m a couple hours into the game and I’m already overwhelmed by the possibilities of it all, the sheer experience of it. And so I went hunting to find out where the heck this game came from. There was so much here, and such a massive, wide-ranging narrative I figured there had to be a back story of some sort. Something that accounted for the richness and wide variety of the documents and the craziness of the story. And apparently Alfa-Arkiv actually does have roots that go well deeper beyond the iPad iteration of the game. It began with an online ARG that started back in 2006 I believe.

An alternate reality game or augmented reality game (ARG) is an interactive networked narrative that uses the real world as a platform and uses transmedia storytelling to deliver a story that may be altered by players’ ideas or actions.

The game called for ‘players’ – although it was not always 100% clear whether everyone was playing or if there was something very real going on here. For some players ended up landing on terrorist watch lists for their active involvement in the ‘game’. So is it a game when it calls you to hack certain key websites and login as other users? The end? The purpose? Well, as you got deeper and deeper into the society and the documents that swirled about you, it seemed as though a woman from the Junsui Sisterhood had been kidnapped, and the sisters really really wanted to get her back again. And there were even over 20 hours of videos like the one below of a woman locked away in a white cell.

Yeah, that’s right… 20 hours of footage like this one. Curious, but not exactly compelling. But when the videos are accompanied by instructions like these that come and go here and there around the web it becomes extremely curious. A game that isn’t a game, that may or may not want you to play it? You have to figure out the on ramp for? Now that gets truly interesting to me. Today its easier (and therefore less addictive?) to find the on-ramp. Just pull out your iPad, head to the app store and download the game and you are in. But how is it possible that a game can recreate the wide open worlds of an ARG? Well, trust me, the developers of the game have done a very very good job at this. Within a couple hours of reading document after document I soon realized that I needed a login to the system that I had been signing on with via a guest account. A little while later you are jimmying the lock and logging in as other users and other players. Even the Apple App Store description seems extremely paranoid and thoroughly crazy:

“GAMES” ARE THE WEAPONS OF THE FUTURE.

Since this is a “liberated” piece of psychotronic software so we are still fixing some glitches. (^_^)

Las SGG can get you through the FIRST TWO SECURITY CLEARANCE LEVELS with no problem.

To go further you will need to make a donation to Junsui Movement of $1.99 yankee dollars.

MAKE NO MISTAKE – THIS IS JUST A GAME

“Third Roman Intelligence Directorate” is just a shell, another FICTIONAL SUBSIDIARY created by LIARS who use ALIASES.

In this GAME there they have created there are THREE MAIN RULES:

1. YOU ARE A FREE AND INDEPENDENT INDIVIDUAL.

2. YOU MUST PURSUE WHATEVER MAKES YOU HAPPY.

It was made with the help of countless REAL PROFESSIONALS including:

WHO was JUNKO JUNSUI and WHAT really happened to THE SISTERHOOD of “BLACK WIDOWS”?

WHAT is ROSTEC and WHY has ROSKOMNADZOR not yet built a GREAT FIREWALL of RUSSIA?

WHY does SOCIAL MEDIA not reach its TRUE POTENTIAL until your CITY SQUARE is on FIRE?

HOW can TECH STARTUPS that did not exist a few years ago now be VALUED IN THE BILLIONS?

WHEN the NEW REALITY arrives, will your HAPLOGROUP or GENDER be needed?

I haven’t seen this level of ALL-CAPS-NESS since the last time Larry from my AA group contacted me about the rise of the illuminati. But I’m guessing that this video trailer for the game is a better descriptor of the game than any 2,000 word walk through written by me, that is for sure:

Such high quality design and such over the top narrative. Reminds me of the Griffin and Sabine books which apparently are going to be a game by Nick Bantock soon enough? Or are already – some of them anyway. Regardless, what makes the game immersive is its ability to get you to do things you wouldn’t necessarily do otherwise. And as you are doing them in order to learn as much as you can about the abduction, you realize that the lines of game and reality are quickly being crossed. Did you just login to an external website? Did you just give money to the right people? Or are these bad people?

At the height of the ARG craze the game was everywhere apparently. It seemed to even predict DOS attacks against high level government targets that came true. Which begins to cross into the world of Catfish. Which actually makes this whole thing make a lot more sense for me all of a sudden. One woman creates 5 or 10 different social identities in order to lure an individual into her life. (Great documentary by the way – which some have actually claimed was a game and a fraud in and of itself.) Similarly, three game developers actively begin creating content wholesale. They build a framework upon which the content will rest. They hire a number of artists, authors, psychologists and they frame and arrange this ever expanding raft of experiences that start out in a fairly inchoate state and mature over time as more and more content is piled onto the user to sift through. 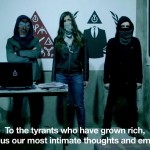 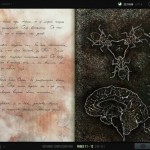 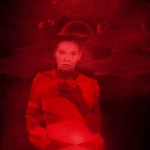 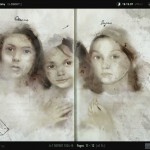 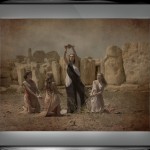 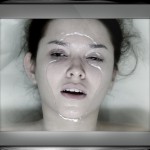 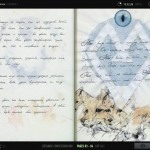 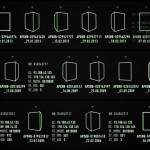 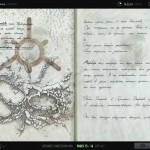 Where the game slips a bit is also its strength. If you come expecting to “play” just forget it. But if you want to get immersed in a story, this is your game. Sometimes, even for me though, I found the barrage of information (most of which was in Russian and available in translated versions) to be too much. Is this important? Is this just a random tangent? What is this glyph about? Who are these alternate subversives to the splinter cell? Reminded me a lot of the X-files mythology back when it got really really complicated. You had the black oil, and the bad aliens you had the good aliens that fought them both. You had the syndicate and the counter syndicate. All of them vying for the love of these aliens and for power in this coming new world order. This is very much what Alfa-Arkiv feels like at the end of the day.

Feel free to try it out for free. You get enough of a feel for what is going on before you have to pay $1.99 to go even deeper down the rabbit hole. Regardless, if you like conspiracies, and getting immersed in your fiction this might be a game for you. I’ve enjoyed it so far, and am looking forward to where the path leads.