Search
Jurassic World Review and the Death Knell of Original Movies
As a revisit to Jurassic Park it was stellar. As a new movie, and a new experience it was awful.
Action
Nostalgia
Special FX
Writing
2015-06-16
3.6Overall Score
Reader Rating: (3 Votes)

Jurassic World Review and the Death Knell of Original Movies

I really enjoyed Jurassic World. It was a mindless romp filled with Bigger Dinosaurs and Bigger Effects and, well, Bigger everything. But wait. Now that I think about it. I think I’ve seen this movie before. Exactly. When was that… where could I have possibly already seen this movie before? Oh that’s right, it was called Jurassic Park. Hahaha, silly me. What a funny mistake.

Oh boy. That was a good one. It was so good, we should do it again.

But wait a minute. Jurassic World just debuted to a record smashing weekend both domestically and internationally. $207.4 million domestically, and $315.3 million internationally. And though I suck at math, I’m good enough to total those two numbers out and see that it came to an eye-popping $522.7 million. Seeing as though the movie cost $300 million to make… I’m thinking Universal made the right choice to remake Jurassic Park over again.

So, let me get this straight. In 1993 Hollywood took the Michael Crichton book and used cutting edge technology to envision the chaos that could be. They made just over a billion dollars on the original movie internationally. (Which would mean that the original Jurassic Park would have made around $1.65 billion in inflation adjusted dollars in 2015. Never mind that theaters didn’t even really support IMAX and 3D ticket options. And for a non-sequel it was a mind blowing debut. Which lead the way for three more Jurassic Park movies to stream in its wake and rake in $2.5 billion dollars (and this is obviously low, seeing as though Jurassic World just debuted).

Jurassic Park is a money making franchise that pretty much any investor would get on board with. If someone came to you and offered you a chance to jump in on the stock IPO of Google the Sequel would you take it? But what if someone offered you a chance to become Angel for a new startup you’ve never heard of before? Which do you choose given those two options? Well, it doesn’t take a brain trust to figure that you’d go with Google the Sequel. Google is a known quantity. And the odds of them falling on their face (while not zero) wouldn’t be that likely. But from an averages standpoint, a new startup is a worse bet, generally speaking, than a lottery ticket. So yeah, I’m going with Google II every time.

Which is EXACTLY how Hollywood gives us the same movie, via well known formulas, over and over and over again. But this is a review of Jurassic World – so what did I think of the movie? Let’s get to the nuts and bolts of it. 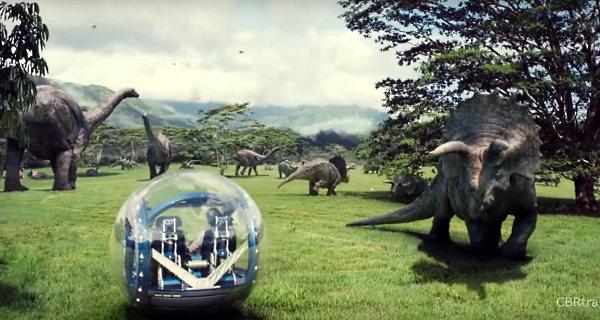 They also made homage after homage to the original movie so that I could reminisce about my younger days. The theme music was restored and brought front and center. The main characters visit all the original park locations from the first movie that are now overgrown with vegetation and weeds. The original giant gate, the original park center building, and IT server quarters (hold on to yer butts!) were all here for the remembrances.  We had the same evil bad guy villain who wanted nothing more than to “spare no expense” in his attempt to build a world renowned park. We have the wandering free in the park scene, this time in a hamster orb. We have the scientist determined to monetize on his dinosaur expertise. The ending is basically the same in every way. Add a few more dinosaurs and you probably can surmise how it goes down. But it is a good ending in the same way that the first movie’s ending was a good ending. Right? 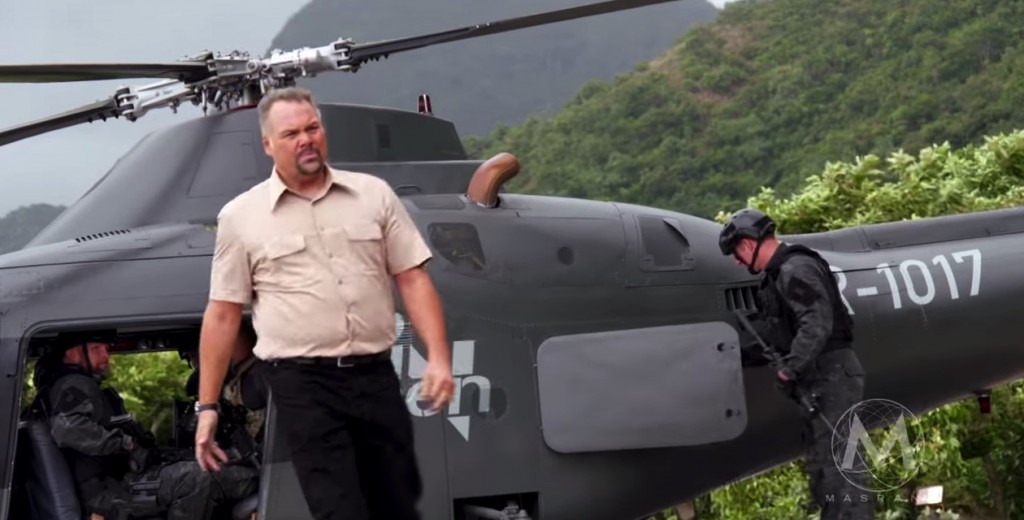 Have I mentioned yet that this movie is an almost word for word rewrite of the first movie yet? If this is a problem for you – or if you didn’t like the original – then this movie is definitely not for you. But if you are hoping for a bit of nostalgia… Jurassic World is definitely your cup of tea.

Also, Chris Pratt was the wrong choice for this role. He was under used in every way. There was only one or two funny lines that he is allowed. And it is in the wit and laughter where Pratt truly shines. But here he is asked to take himself way to seriously.

Every single character was a stereotype. All of them. We have the Chris Pratt Indiana Jones role. We have the money hungry scientist. We have the over worked, heel-wearing, uptight aunt. We have the innocent teenagers lost on an island filled with dinosaurs who learn to love one another after being jerks to each other. We have the beneficent owner ready to spare no expense to have the greatest park in the world.

I also expected a whole lot more interaction with the park attendants. This was a golden opportunity for Jurassic to go primal as the great big daddy dinosaur wades through the people in the park who are running and screaming, and yet they don’t do it. They mainly use the Pterodactyls to pick up and drop people, mostly harmlessly (sort of like a scene from GI Joe where every single exploding plane has a parachute and a pilot popping out of it.) These people fall a hundred feet and are ok? I fell maybe 15 feet off my roof and broke the bottoms of both my feet, snapped an ICL and finally two surgeries later I’m ok. Anyway. I digress.

And yet, the movie had really really big, man eating dinosaurs. Its that one idea that stands. They take a fear that is so innate in all of us… man’s insensitivity to the natural world, and they leap to the thought of humans recreating dinosaurs through genetic manipulation. And then they let the idea play out in horrific and terrifying ways. How is it that we haven’t had dinosaurs escaping to the USA yet? This has to happen. Why have we not seen dinosaurs that escape into the sea. This is going to happen. It is what the movie is based on… this fear of ours of big bad things that go bump in the night. And that is why Jurassic World just destroyed the box office opening records in the USA and also around the world. It is an epic, hair raising idea… and we want to see what happens.

Let me state the obvious for you. Films that come from Hollywood are not an artistic enterprise anymore. Do artists work on them? I guess. Do creative individuals completely double down for these movies? Yes. Definitely they do. But the machine that is Hollywood is solely a business intent on making money and not expanding or bettering the human experience.

But the quick come back to that is that some great artists make a pretty fantastic living today off of their art. I can think of several off the top of my head that I’ve talked to in just the last month or two. But these people make money in spite of the story they are telling and because of their ability to make us think about life, love and the world around us. Jurassic World is just a roller coaster ride. And since we liked the last roller coaster ride, its a pretty good bet we are going to like this roller coaster ride.

There is still hope out there. Hope in the short film community, which I have started to become more involved in. And I haven’t quite announced this yet, but I’ve even started writing reviews of short films for a short film website I believe in them so much. But even in the big screen I see some signs of potential. The Fault In Our Stars made $307 million against a budget of $9 million. Strong writing. Strong characters. Interesting story. Extremely fascinating ideas to delve into around life, and the meaning of life. We should reward THESE movies. And not throw wads of cash at pillaging dinosaurs. But hey, I enjoyed the movie. I did. It wasn’t as bad as a few super hero movies I’ve seen lately. So there’s that.