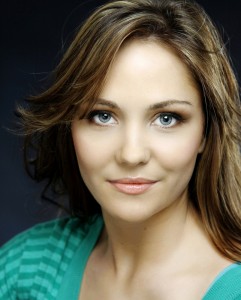 Fantastic Short Film Turning Point and Interview with Jade Harlow
Short films can be some really amazing movie experiences. It’s like movie-concentrate. I’ve been trying to bring some of the greatest, think-worthy short films, over the last year or two. And today’s short film is no exception… Turning Point. What I like best about Turning Point is two-fold… first, is that it’s like we are given a single stripe, ripped straight out of a Ridley Scott movie. The is something enormous going on here, even though we really don’t know what it is exactly.

And secondly? Oh, not much beyond an amazing actress that goes by the name of Jade Harlow. I’m going to admit this right now, up front… I had never heard of her until I crossed paths with Turning Point. But after seeing it I’ve starting hunting for other things that Jade has been in. It’s just so rare to see someone with this much talent in a short film. And I should know, I’ve watched a ton of short films. Just saying.

THinc – First question has to be – do you think that your character lives or dies. I know Joe Penna won’t say, but from your perspective, do you have an opinion on the outcome?

Jade – “That’s a tough one… I think the moment is suspended in time and only Joe & Ryan (the writers) know the answer to that.”

THinc – “Sure, but you don’t have a guess? Personally my hope is the drug worked… No?”

Jade – “I think the drug worked… But without a full dose who knows what she’s now capable of surviving- or doing. I think that the team that came in was aware of her exposer & didn’t expect her to be in the state they found her in and that they were prepared to protect themselves from whatever the Velasol cured.”

THinc – “Ahh… Totally makes sense. I love covering complicated movies on my blog and we tend to discuss / debate stuff like this a ton – so my readers will definitely dig tearing the ending apart I’m sure. And your thoughts on the half cure will be fun to discuss.” (I’ll posit a theory or two after the interview on this front… but I’m interested to hear yours.)

“Secondly, I have got to say you absolutely nailed this part. Killed it. Kudos. How’d you get asked to be involved? What brought you to Joe’s attention? I looked and couldn’t find any info in this space. But casting for a movie of one has to come with serious considerations I would imagine.”

Jade – “(Blush) THANK YOU SO MUCH!  We worked together on a previous short called “Beyond” & that’s how I came to work w/them on “Turning Point”.

THinc – “And final question, I have to hear about that car accident and how you finally made it to the set!!”

Before I jump to Jade’s answer to this question – maybe it would be better for you to watch this behind the scenes, making of “Turning Point” that tipped me to the question first! And then after the video, we can get back to Jade’s answer.

Jade – “I was headed to set (I’m always there WAYYY early)- it was like 7:30am and someone ran a stop sign and totaled my car. Air bag deployed…”

Jade – “Engine was sitting in the middle of a major street. There were no major injuries. Ambulance came etc. etc. I was a bit in shock….”

THinc – “The engine?! Was in the intersection?!  Hahaha no way! You were protected apparently.”

Jade – “I could walk and talk & was more concerned with getting to set than anything. Some good samaritans (teamsters in a huge Renekee truck) stopped to see if I was ok & we’re kind enough to give me a lift to set & let me use their phone to explain what happened & that I’d be late. It wasn’t till I got there, that Joe and Ryan had me properly looked at by a medic.”

Taylor – “Wow. That is a story and a half. Wow. Serious focus! Hahaha. See, oscars here we come. I will be rooting for you.”

Jade – “Ha! (Blush) thank you. It was important to me not to let the team down, if I could walk and talk- we’d figure the rest out later. They removed some glass from my skin & patched me up well enough to work. Production took really good care of throughout.”

Taylor – “Alright, thank you so much – off to movie night with my wife, but I’ll be in touch. Thanks again for being kind enough to answer a few questions! It really is a fantastic short, you should be proud of it.”

Jade – “My Pleasure! Enjoy movie night with ur honey & have a great weekend!”

So – if you have gotten this far down the page without watching the movie stop. Go watch it. Then continue reading. Because I want to talk about the ending a bit… thanks!

So, as Jade eluded to – there are a number of ways that the ending of this movie could go. But I just adore how it is such a microcosm of some larger story that is going on. I just started reading a book called H2O and it has that sort of feel to it. If we just zero in on two people talking in a car while it starts to rain (in H2O, the rain kills anyone that it touches) and only look at them as it starts to rain, that is what we are seeing here. Something bad is in the air? And anything in the air zombifies the exposed? I sort of wrote a short story like that a couple years ago – no, it’s exactly like that, now that I think about it… and the couple that have lived in a pod for several years are running out of oxygen… so they have to venture out. (You can read that here if you are interested.)

So here is Victoria, awakening on the floor without her hood on. (Which, reminds me of Bird Box… have you guys read that? I won’t tell you why it reminds me of Bird Box, because it could RUIN an amazing book… just read it.) And just like that she knows that she’s been exposed. She’s out of luck. And over the course of the short she starts turning. But she also took the Velasol and it leaked. So what does that mean?

Option 1 – It Means Nothing

Basically, the first option is that the Velasol had some effect, but didn’t really do enough to save her life. We now have a zombie on our hands that is more threatening than ever because she looks more normal than our average zombie. So what happens in the “It Means Nothing” theory, is that three seconds after the movie fades to black Victoria attacks and rips these guys’ throats out. Which I’m thinking she’s totally capable of. That’s theory 1 of how Turning Point ends.

Option 2 – It Means Everything

Theory number two is simple enough, Victoria, is healing – and if given just a little bit more time she will be 100% again here soon. By the time Victoria and the excursion team make it back to their base she’ll be totally back to normal… and chalk one up for Velasol!!

Option 3 – It Means Nothing & Everything

So, as you saw, Jade’s theory was – maybe it sort of worked? Maybe it sort of didn’t. Which means all kinds of emotional, and moral, and psychosomatic trauma for everyone on the team here really really soon. This could play out in a terrible way in that, Victoria is basically normal, helpful, and responsive. She goes with them back to camp, and then they find out she’s actually quite infectious… now what? Or maybe, a positive spin on this theory could be… that she’s the new SuperGirl? I don’t know. Maybe she becomes like Amy Harper Bellafonte in the book “The Passage”?? The answer to the viral outbreak? (Potentially anyway, that series isn’t completed yet… so we shall see exactly who Amy is in due course.)

But I love how the ending of this short is positive… somewhat hopeful… well, more hopeful than it was 3 minutes earlier in the short anyway. And yet, not exactly clear what is about to happen? Great little movie. I really enjoyed it. Hopefully you will love it too! And say hey to Jade over on Twitter too – and let her know you loved the film as much as I did!