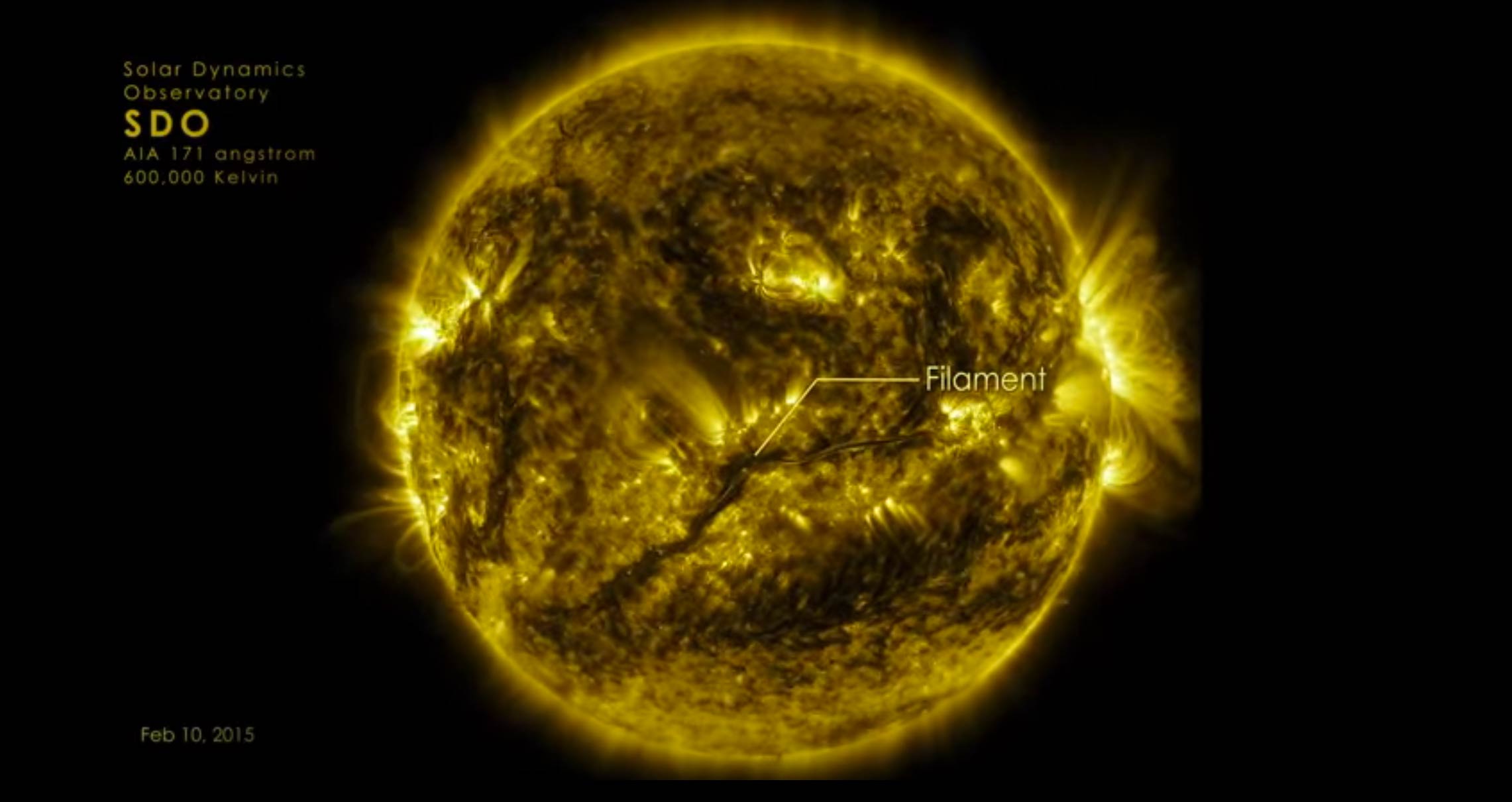 A Year Worth of Solar Flares

A Year Worth of Solar Flares
I personally thought one was supposed to go blind when you stared at the sun even for a minute or so. But NASA’s Solar Dynamics Observatory has now been staring at the sun for over six years without flinching or blinking. Their camera is capable of ultra HD video that stitches together images and compiles them into video for us lesser beings to watch without going blind. This video captured by NASA is a compilation from January 1st 2015, through to January 28th, 2016. The camera grabs photos every two hours for the video.

The reason the camera doesn’t flame out is that the photos are taken in the extreme ultraviolet range. Which clearly shows the amazing ballet of the sun’s corona pirouetting around as it spins this way and that.  The solar explosions run around a million degrees Fahrenheit, which is actually hotter than more tepid surface of the sun.  Here’s the video for your viewing pleasure. The fact that we are able to see these sorts of things on a regular, and fairly ho-hum, basis is just amazing to me.

Revelation 22:3-7 “There will no longer be any curse; and the throne of God and of the Lamb will be in it, and His bond-servants will serve Him; they will see His face, and His name will be on their foreheads. And there will no longer be any night; and they will not have need of the light of a lamp nor the light of the sun, because the Lord God will illumine them; and they will reign forever and ever.
And he said to me, “These words are faithful and true”; and the Lord, the God of the spirits of the prophets, sent His angel to show to His bond-servants the things which must soon take place. “And behold, I am coming quickly. Blessed is he who heeds the words of the prophecy of this book.”