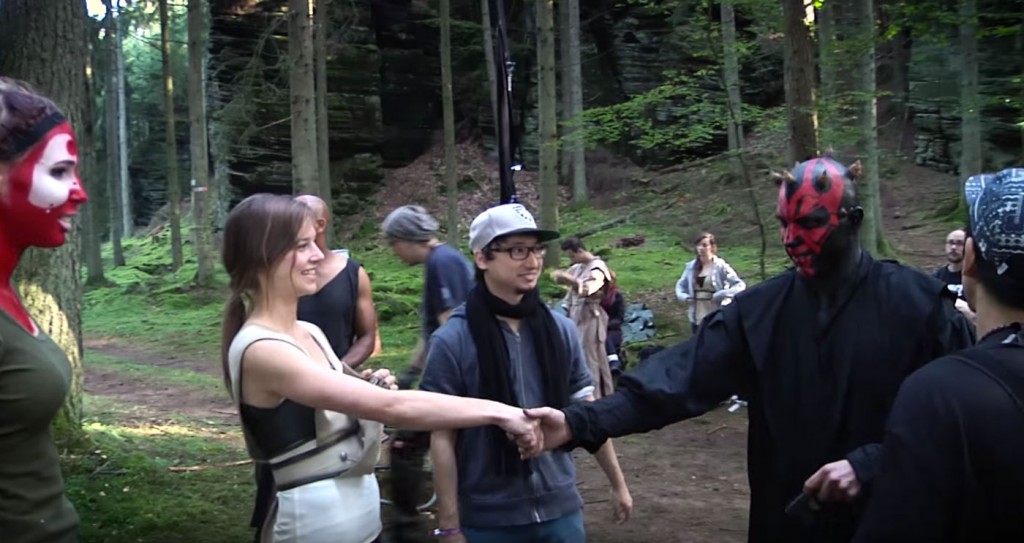 I’ve talked about Star Wars fan films here several different times here. And let’s be clear. When watch a Star Wars fan film it is 100% of the time because of the light saber battles and the off the hook variations that fans bring to the battles that Lucas or even J.J. is never going to do. My personal fan favorite film is the Ryan Vs. Dorkman battles that sort of revolutionized the technology behind fan films.

But with Darth Maul: Apprentice, we are treated to some really really good lightsaber battles that go beyond where most fans go. But I’ll jump into that later… Check it out first.

Such a fun little film. And you can tell that this thing was several years in the making. No, it’s not perfect. But it is clever in the extreme… and my hat goes off to the team that pulled this off. Personally? I want to got to Bollendorf Germany, which is where this thing was gorgeously shot. All of the locations in this film really gorgeous. But if you dig movie making and the behind the scenes of it even half as much as I do, you really should check out this awesome making of video that walks you through the team’s efforts to pull this together.

You see some of those dolly rigs going on there? And the tracking shots for the CG passes? Really cool stuff. But the best thing happening here? It’s the fact that they have lightsaber fights with 7, 8, 9 people? That is a lot of lightsaber post effects happening in this thing. But it comes out really well in the end. I love it. And yes, I know that Darth Maul is a prequel character. But he’s one of the best bad-asses in all of Star Wars. There. I’ve said it. Interwebs… DO YOUR WORST.