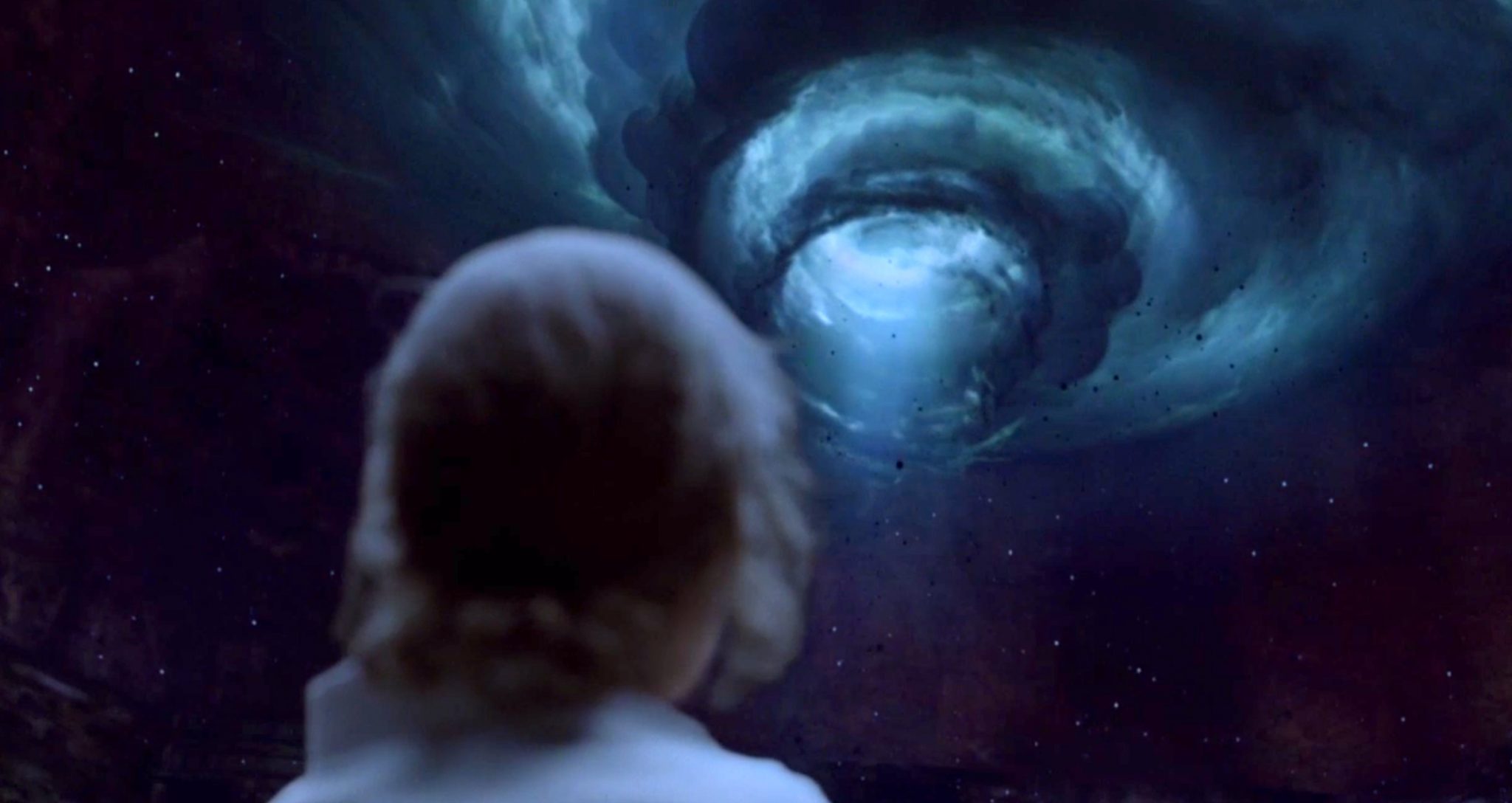 Taylor Holmes
The Bible Experiment
May 6, 2016

My biblionomicron experiment has been running for a while now – and the goal has been simple enough. Read every book of the Bible, and write at least a thousand words giving the general overview of the book and my thoughts on it. So far I have a working theory that the entirety of the Bible has a single message to share with you the reader. And that is that an almighty creator of everything loves you… and will do anything to draw you back to himself. Let’s see if Nahum supports that working thesis…

To kick Nahum off, I have to take us backwards to Jonah. You remember, Jonah, the one with the whale… but the one I didn’t talk about the whale at all. The one where I spoke almost exclusively about a selfish profit not wanting to share God’s love and forgiveness with the most evil people on the planet? The Assyrians? Yeah, that book. So, quick recap for those of you that slept during Veggie Tales’ Jonah… Jonah is told to go to preach to the Ninevites. He says, no offense, but screw you God and hauls it in the opposite direction. God snags him by a while and sends him back in the right direction, towards Nineveh. Jonah begrudgingly goes and preaches the lamest sermon ever. The Ninevites all repent and beg God to forgive them. He does. Jonah is horqued about it.

Right? You remember the book now? 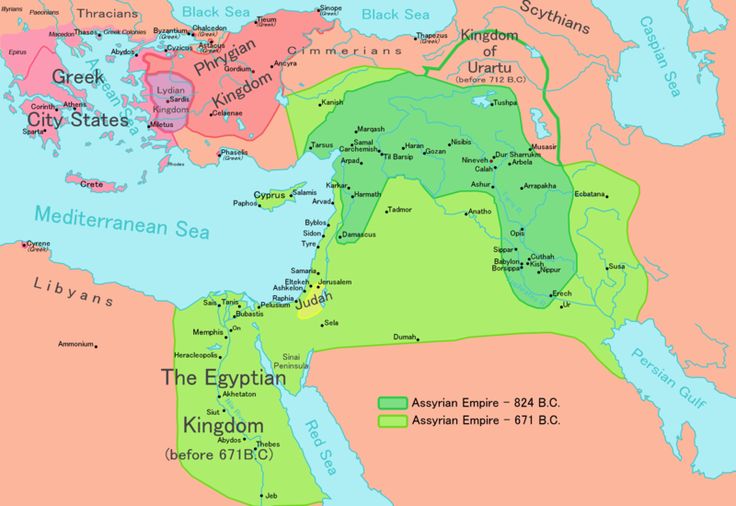 So today we pick up with Nahum. Nahum is written +/- 100 years post Jonah. The Ninevites don’t remember the Jonah and the repentance thing. They’ve gone back to their evil, soul crushing, and empire building ways. So Jonah was written during the darker green. Notice how most of Israel had not been consumed yet by the Assyrian Borg. Jonah had headed into the heart of the beast a hundred years earlier and calls them out, and they repent. Then the book ends. A hundred years pass, and the Assyrian kingdom has spread from the dark green to the light green. The Kingdom of Israel was destroyed and the Jews found there were hauled away. Nahum writes his prophecy at around 650? and then at around 606 Daniel occurs. So a lot is happening in this Assyrian reign within the world of the Jews.

During the time of the writing of Nahum, Judah has received a terrible terrible king. He began as a co-regent with his father Hezekiah at the age of 12 and would have been the first king of Judah to not know our personally experience interracting with the kingdom of Israel. Eventually Manasseh takes over the thrown on his own and overthrows the religious changes that his father had worked so hard to institute and re-instituted polytheistic worship. In the Old Testament book of Kings, it is stated that Manasseh established local shrines throughout Judah probably for economic reasons. He reinstituted the worship of Baal, and Asherah in the temple. (IN THE TEMPLE!) And he even sponsored throughout all of Judah, the establishment of the Assyrian astral cult.

All of this historical context is important because there are a lot of wheels turning in this really short, 3 chapter long, book.

And so now to Nahum, the word nahum means peace. Wait, did you catch that. Did you laugh? Because you should have. The last thing that was happening during the writing of this book was peace. We have an evil king raping the spiritual purity of the southern kingdom. We have an evil kingdom that has subsumed and consumed everything around it. We have Jews in exile and being used as slave labor. There were many prophets calling out for repentance and many of them were run through by the sword.  (Jeremiah 2:30b “Your sword has devoured your prophets Like a destroying lion.”) Those that agreed with the prophets, and agreed to follow after God were constantly afraid for their lives. And now we have a prophetic book entitled Peace? Hahahah. What the heck is going on?

Well, Nahum’s purpose, and the purpose of the book was to speak to those in Judah, and Israel who were under extreme duress. This book was simply written to encourage those that were afraid for their own lives and worried that Manasseh, or Assyria – either – would crush them. These were the faithful, and they truly believed that God was sovereign in spite of Manasseh and his jacked up head. These were the faithful and they really believed in spite of Assyria hauling off half of the believing Jews to captivity.

Have you found yourself on the short end of the stick and you were wondering what the hell was going on? Maybe you were laid off? Or your spouse was diagnosed with some kind of craziness? Or better yet, maybe someone in your life is out to get you? The government? An old friend? Then you can relate to these people who are afraid for their lives and yet, are still holding on.

But a better example of who this book is written for are to those of you (us) that believe God is real. That he created the universe, the world, everything – and sent his son to die for us all to restore us to him. And yet, the entirety of the culture laughs at our “stupidity”. They have chosen to believe the myth of evolution – and spontaneous universal combustion from nothing to life. They have spent the entirety of their careers and personal lives making fun of people like you, and me. And they say to you… if your god exists… then where is he? He said he would come back soon, didn’t he? Then where is he? Show him to me.

If that is you – then Nahum is for you.

“The Lord is slow to anger and great in power,
And the Lord will by no means leave the guilty unpunished.
In whirlwind and storm is His way,
And clouds are the dust beneath His feet.”

If you stumbled onto this page, and you don’t believe in God – you just ended up here out of nowhere – then consider the fact that God speaking to you right now. You got crap going on. You have other things to worry about. And yet, God has hauled you physically to this page to get your attention. I mean, seriously? Why are you reading this drivel? And yet… and yet. Maybe. Just maybe there is something to this Bible thing…?

God is real. And consider what a being is like who can create suns, galaxies and black holes. Consider what a God is like that literally is holding your atoms together presently… as you read this. Consider for a moment what he could possibly be like? That scripture up there says that he is slow to anger… thankfully. And yet. And yet. The whirlwind and the storm is his way. That he treads across the clouds. And that he will not leave the guilty unpunished.

I’m going to quote the end of the book – but quote it from The Message, which, if you don’t know is a less literal translation, and more of a artistic rendering of the passage. But I dig the added perspective it gives as God is speaking to the King of Assyria…

“King of Assyria!
Your shepherd-leaders, in charge of caring for your people,
Are busy doing everything else but.
They’re not doing their job,
And your people are scattered and lost.
There’s no one to look after them.
You’re past the point of no return.
Your wound is fatal.
When the story of your fate gets out,
the whole world will applaud and cry “Encore!”
Your cruel evil has seeped
into every nook and cranny of the world.
Everyone has felt it and suffered.”

So Assyria is gone today – but evil, and those that perpetuate evil are not gone today. And this passage is speaking directly to them… be very careful, because the God of all Creation sees… and one day he will come, and on that day, you will know true terror.

Child abusers. Pimps. Terrorists. Philanderers. Blasphemers. The swindlers of widows. The neglecter of orphans. The hater of truth. Swindlers.  Liars. Cheats. But for you? For me? For those that would turn to the Lord? He has made a way. He will protect you, he only wants to extend his shield to you.

Manasseh Epilogue
So remember Manasseh in our story? The co-regent child king of Judah? He eventually left the path of his father and stood up false gods for Judah to worship? Right? Well what happened to him? Was he fodder for the worms?

It is mentioned in 2 Chronicles 33:11-13 that Manasseh was brought in chains to the King of Assyria. Most likely to Esarhaddon. Esarhaddon probably assumed that Manasseh was being disloyal to the Assyrian King and was giving him a shake down. In 2 Chronicles 33:11-13 it points out that after the severity of his imprisonment in Assyria, Manasseh completely about faces. He repents of his idolatry. He tears down the foreign idols. And he called out to the people of Judah and told them to worship the Lord of Israel.

God provided a way for salvation even for Manasseh. And you know what it was? It was through a wake up call provided by the King of Assyria. Manasseh is marched to the King of Assyria in chains. He probably slept in dungeons, was thirsty, considered himself perpetually on the brink of death. He got so close to being killed that after he escaped death by a hair’s breadth, he marched back to Judah and said to everyone… right. Look. I was a bastard. I was totally totally a complete jerk. And I missed it. Down come the high places. Down come the idols. God intervened on my behalf today, and he really is the only true thing. And I would call out for everyone in Judah to worship the one true God.

The question I have for you today is – you are here. Reading God’s truth. Will you take this way… will you avail yourself of this exit path, or will you wait for your time to be marched to the dungeons of Assyria? Or worse… will you never yield? Will you constantly throw up this defense against God? You do realize that this is a conversation between you and God that you have been having your whole life. Might be a bit one sided, and be all about you laughing in God’s face. But it’s a conversation none the less.

So the question is will you finally yield? And receive the way that has been made for you back to him? Or will you continue to laugh in the face of all powerful perfect being who will only take it so much longer?