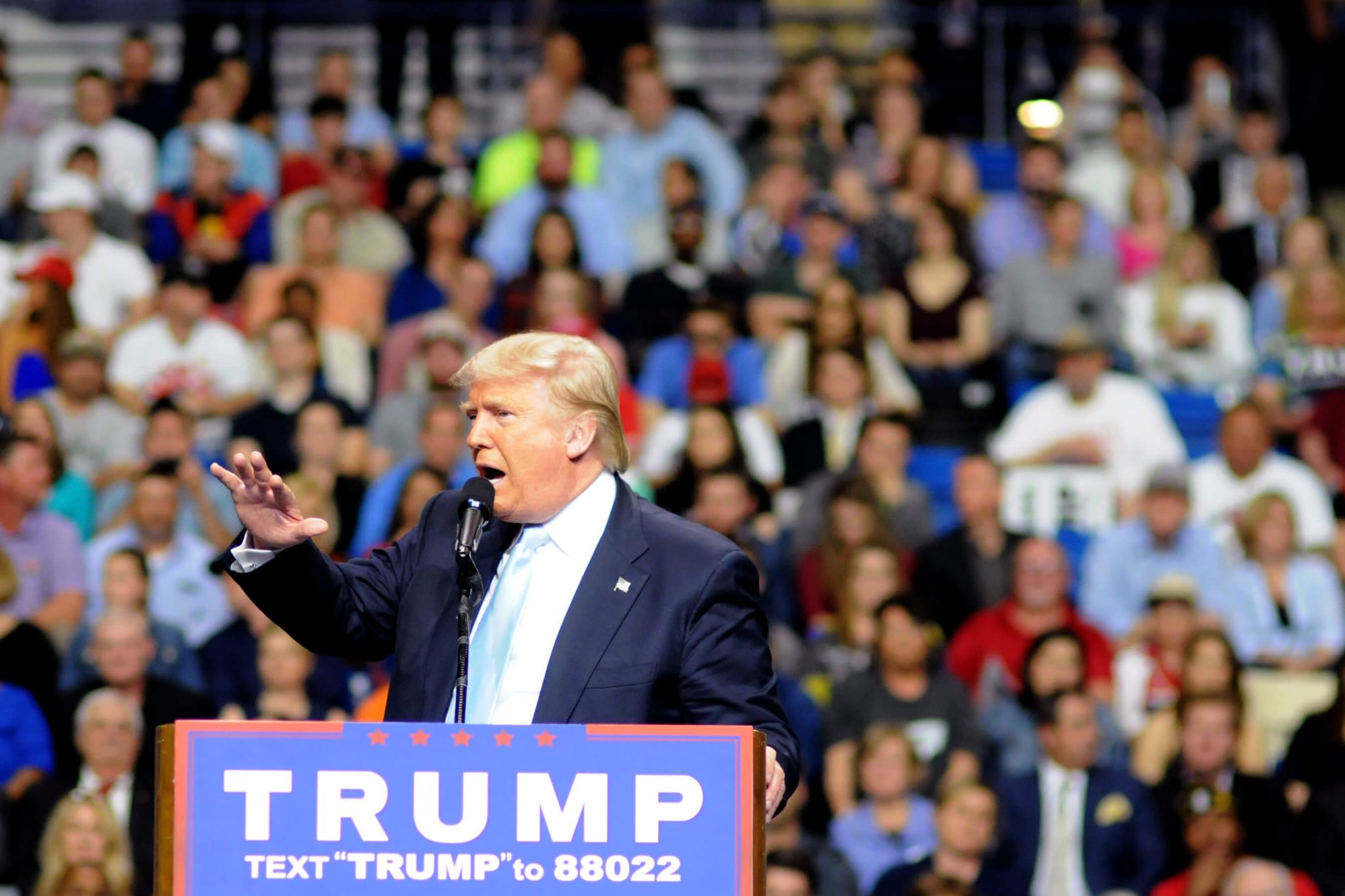 The GOP Is Dead To Me: Or How a Diehard Republican Has Had Enough

The GOP Is Dead To Me: Or How a Diehard Republican Has Had Enough

I have had enough. Man have I had enough. I’m sorry to my normal readers. I usually stick to really cool and complicated movies… and we discuss and debate them until we turn blue in the face. But today I’m going political, because I’m done. And I won’t keep this to myself anymore.

But first, who the heck is this guy, and who cares anyway? Hahah. Yeah, let me show you my true blue Republican credentials. Here are a few snapshots of who I am and where I’ve been, and what I’ve seen.

My father was a Lobbyist for a conservative Christian School organization which opened the doors to the truly powerful conservative movement during the 80’s and 90’s. I grew up on 2nd Street in D.C. a nine iron from the Supreme Court building and the Hart Senate building. I watched up close as the President of the Freedom Research Council Gary Bauer helped to steer the Republican party with the help of Dr. Dobson from Colorado Springs.  I sat in on planning sessions with the NAE (National Association of Evangelicals) where they coordinated hundreds of organizations to rush hundreds of people at Senators that were wavering against conservative initiatives. I frequented the White House regularly as I saw the conservative agenda play out across the nation during the presidencies of the Bush family and Reagan.

I literally ran around on Capitol Hill so much that I knew where I could go to slip past the guards and the metal detectors so I could get onto the Senate floor without a guide or clearance. I once snuck up to the residence floors of the White House. (I was quickly questioned by guards and turned around after I told them I was the grandson of Bob Dole. I kid you not.) I know where you can go in in the D.C. catacombs you can go  to let you go below the below. Capitol Hill was my playground. And I spent my time just walking in and talking with Senators and Congressman about things that mattered to me… because I could.

I worked for Senator Grassley on Capitol Hill for a stint. I was by his side on more than one occasion as he resided over the Judicial Committee. I spent time in prayer meetings in various Senator offices and breakfast meetings. During the Dole campaign against Clinton in ’96 I smuggled a group of family friends onto the floor of the Senate (after having quit my job for Grassley) and stood with them next to Senator Dole as he made a fairly clever maneuver to shutdown a filibuster of some sort or another. And waved him over to meet my visiting friends and family, which he did happily.

I remember reading every word of the Clinton/Lewinsky Starr report and thinking that I would never vote for a man that would do that while in the Office of the President… the most powerful office in the world.  I then went off to graduate from college at Wheaton College, the conservative Christian city on a hill. And then from there I went on to work for Focus on the Family (the bastion of all things Republican and conservative) for 10 years. And while there I supported the Public Policy team and stood with them while we watched returns come in live on voting day after voting day.

So yeah, I’m a Republican’s Republican. I spent time at NRA shoots. I’ve spent time growing up amongst America’s churches. I’ve read every speech Peggy Noonan wrote for Ronald Reagan. Have you? I’ve gone out of my way to watch as many Reagan speeches as I could specifically get my hands on. I’ve memorized all of the Robert’s Rules of Order rules for parliamentary proceedings. “Sir, point of personal privilege!” was always my favorite. (Read, dude! Can I use the bathroom?)

So when I say I am legitimately a Republican, I mean, I am a Reaganite. I am a died in the wool hardcore Republican that believes in balanced budgets and right to life.

Then came Trump. And my party, my family, my blood, welcomed him in with open arms. And a long time ago I decided not only was I not voting for Donald Trump for President, but I would actively vote against him in order to keep him from winning.

Did you hear the soul sucking scream that silenced a million voices when I said that? No? Well of course not, because you didn’t really understand the last few paragraphs where I stated that I was the Republican Party and they were me. You didn’t understand that it would take a frontal labotomy to remove the Republicanism from my head… and that frontal labotomy’s name was Donald Trump.

I’ve voted a straight Republican Ticket my whole life. I’ve never once, not once, voted for a Democrat for anything. Dog Catcher. Postal Clerk. Wild Life Warden. Kindergarten party clown. Nothing. Not a single vote. And so a couple of months ago my wife and I decided that there was no way on God’s gloriously green earth that I would be voting for this man. None. He was anathema to me. He was the definition of the word foolish and I wasn’t going to have anything to do with him. But by and large I wasn’t going to tell anyone. My dad would probably have a heart attack. My father-in-law? Oh no. That wouldn’t go well either. So, I was thinking, yeah, let’s just flip the lights out, vote for Hillary, and wander back out and say nothing at the end of the day.

But then I started seeing videos like this one pop up more and more frequently.

Which, I’ll admit, in the Evangelical community is about as normal as it gets. Back in the Dobson hayday, I found myself in more of these prayer circles with candidates than you could even imagine. But now I was seeing more and more people that I knew fairly well circled around Donald and praying for him. (Sorry, I just threw up a bit in my mouth.) Oh don’t get me wrong… being a good conservative Christian, I still believe in prayer. But Trump’s courting of the religious right as an insider just makes me gag. It is the height of manipulation and disingenuousness. And now we have the first of his audio comments about women (the first simply because I’m sure there will be many more to follow) and what he likes to do to them without their consent. And now I will not be quiet about what I plan to do on November 9th.

On the morning of the 9th, I will begin it like any other day. Breakfast and coffee. And then I will go to my voting house to stand in line. Normally I vote in advance, via mail, but on this day I will be voting in person. And I will cast my first ballot for a Democratic anything in my life. And then I will be watching the returns closely, and I will be rooting for a tidal wave response against the Republican Party. I will be rooting for its coast to coast demise. I will be specifically rooting for Democrats to sweep the 30 seats needed in the House and the 5 seats needed for the Senate.

Because I want the American people to send a message to the GOP that you cannot stand with a sexist, racist, bigot like Donald Trump and survive the response.

Not only that, but I am keeping a close eye on this list of that isn’t choosing to denounce Donald Trump (you can see a great list here), just for the sole purpose of seeking their demise in their political career. Ben Carson (whom I was a big fan of) I see you.

"Sometimes you put your Christian values on pause to get the work done" #BenCarson #morningjoe pic.twitter.com/hK6eMCsbpF

And no, that is not how Christianity works. Bob Dole? Man, so disappointing. Paul Ryan, yeah, you aren’t defending him anymore, but you have yet to loudly denounce the man. And now that you mention it? Unless the GOP denounces their candidate I won’t be voting Republican again for a long time to come. I have to echo the comments of Gordon Humphrey, the former U.S. senator from New Hampshire, who has said that he cannot vote for Trump, because he is “a sociopath, without a conscience or feelings of guilt, shame or remorse.” Well said sir.

Back during the Kenneth Starr days I remember being incredulous that Democrats would stand next to Clinton after what he did in the Oval Office. I was sure that no Republican would ever be so self aggrandizing in his pursuit of power and abuse of said power. But now we see Republicans scrabbling to protect their candidate in spite of his manhandling of women. And now it would seem that only 13% of Republicans believe that Trump should be dropped… which tells me all the more how much I should flee the party all together. If my fellow party mates honestly don’t believe that Trump is a narcissistic cartoon character of himself, and that he is worthy of the most powerful office in the United States, then I obviously have been party to the wrong group of Americans all along.

So, with that, I’ve decided I’ll be voting for the first woman to become President in our long and vaunted history. I only wish I had realized this earlier so I could have said that I voted for the first African American too. But alas, epiphanies come of their own accord. Mr. President, you’ve done a great job representing us around the world, and I am thankful for what you have taught me about my own party and myself these last eight years.

I’ll see you all in line on the 9th. And my final word to the Republican Party?