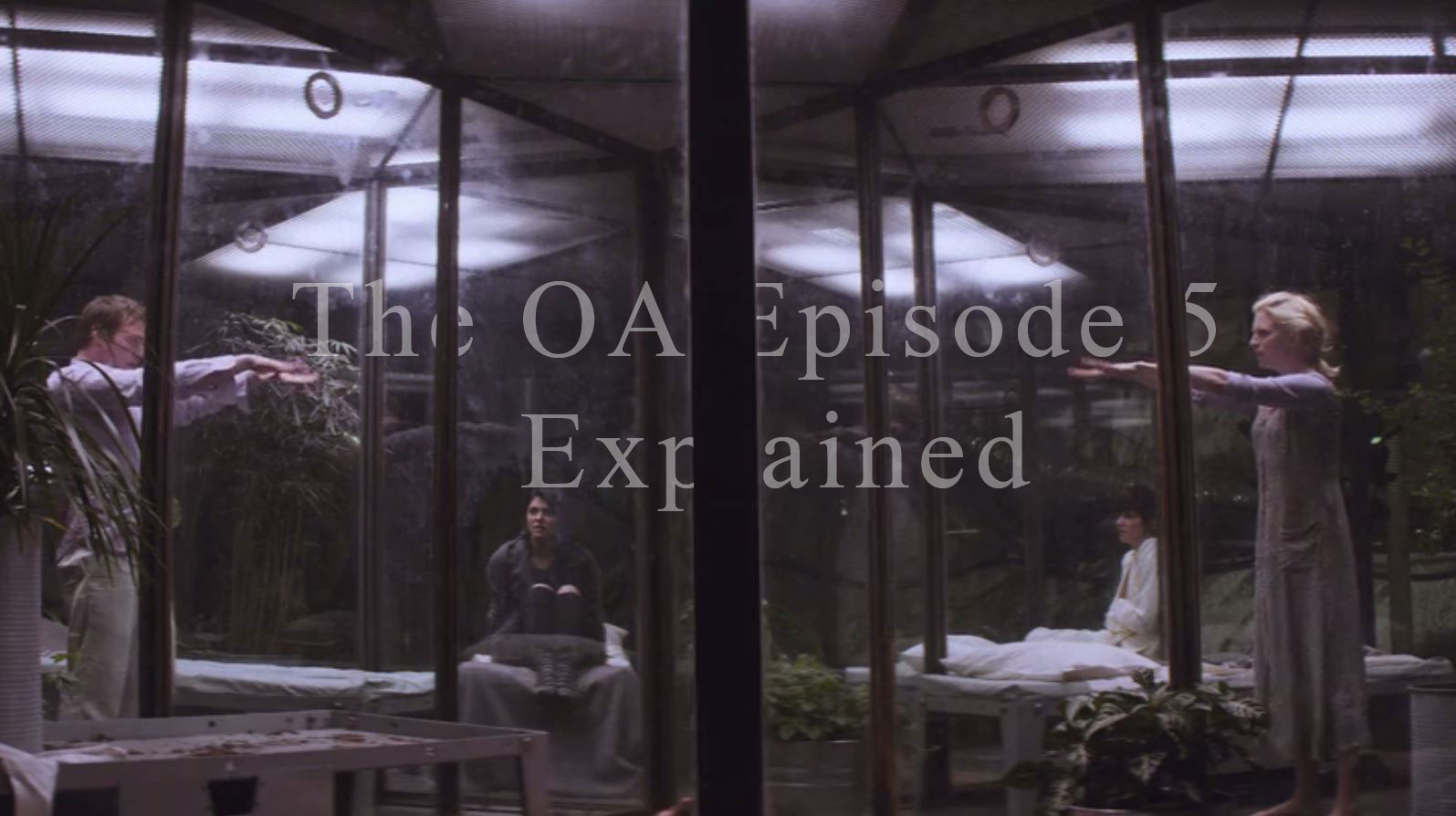 The OA Episode 5 Theories and Explanations 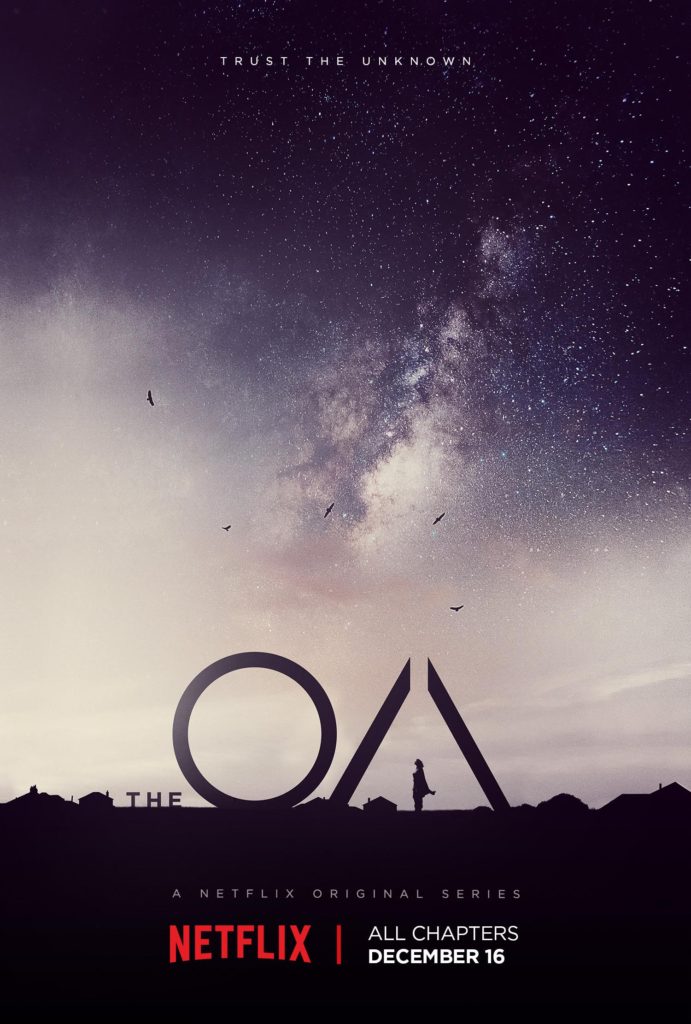 I have yet to read any posts or any details about this show out on the interwebs anywhere. But, I am CERTAIN they are going absolutely Bat-nuts-crazy wondering what is coursing through the veins of the inner workings of this show. And I must admit, that just makes me laugh out loud. This show just keeps defying genre and expectation. It won’t be boxed and it is mind blowingly good in that way. And I can already tell that the closer to the end that we get the stranger and more head scratching it’s going to be.

Regardless, come on, stop slowing me down! I can’t watch ep6 until I get this thing written.  And I see you standing over there with your eyebrow cocked and questions on your mind? No no no. Questions later in the comments. For now? buckle up, we are gonna go, because I need to be watching episode six sooner rather than later!

I gotta say that the design choice to film in Cuba was a gorgeous idea. Nothing shoots as well as Cuba apparently. Regardless, Dr. Hap is in Cuba to track down a fifth NDE experimentee I would guess?

And while Hap (can I just ask this really quickly… what is up with his name? Hap? Dr. Hunter Hap? Hrmmm. Something about that name just screams at me.) Anyway where was I? Oh yes, whilst Hap was off in Cuba experimenter hunting Prairie and Homer are beginning to experiment on their own. They think that maybe they are all connected? But Scott gets extraordinarily angry about what they are doing and yells out at the OA, “I liked you better when you were blind.”

Meanwhile, back with Dr. Hap in Cuba, is trying to barter with Renata to convince her to travel with him to America from Cuba in exchange for participating in his scientific study. “Your uncanny skill level is inexplicable to science.  But to me I can explain it by your travels.” Renata responds, that she had never left Cuba and that she is trapped. But Dr. Hap makes it clear he knows that she has had a near death experience. Ultimately though, she denied him the ability to study her.

When Dr. Hap gets home, he sees that three of the four abductees are doing coordinated movements together. Research really. And when Dr. Hap begins to question what it is that they are doing and why a policeman arrives and thoroughly freaks the doctor out. But all it is, is that Stan, the local Policeman is wanting to talk about his wife who has ELS

It is obvious that Dr. Hap is all kinds of jealous that Homer and Prairie have some sort of connection that he can’t understand. They are hiding something from him. And so, to bust this situation up, Dr. Hap decides he is going to take Homer with him to Cuba to try one more time to get Renata to come with him.

But wait, did you hear that news bulletin? That literally made me sit up straight in my chair as I was watching. They had just cut back to the current day with The OA heading home, and Betty is listening to the news, when a news bulletin comes over the radio. I turned on close captioning and the volume way up to make sure I got all of it. “17 killed inside a shoping mall – shooter is missing – claude mall – walking toward state highway”… or something like that? So in our world, we have a shooter on the loose. In a story like this one, every single little detail is placed on purpose. But why? I guess we will have to wait to find out. But I guarantee this guy that is on the loose will play into the story.

We continue to get fairly interesting details about the various pieces of the five and their relationships inside and outside of the school. Sort of reminds me of The Breakfast Club with the geeks, and jocks and the various cliques hanging out together. 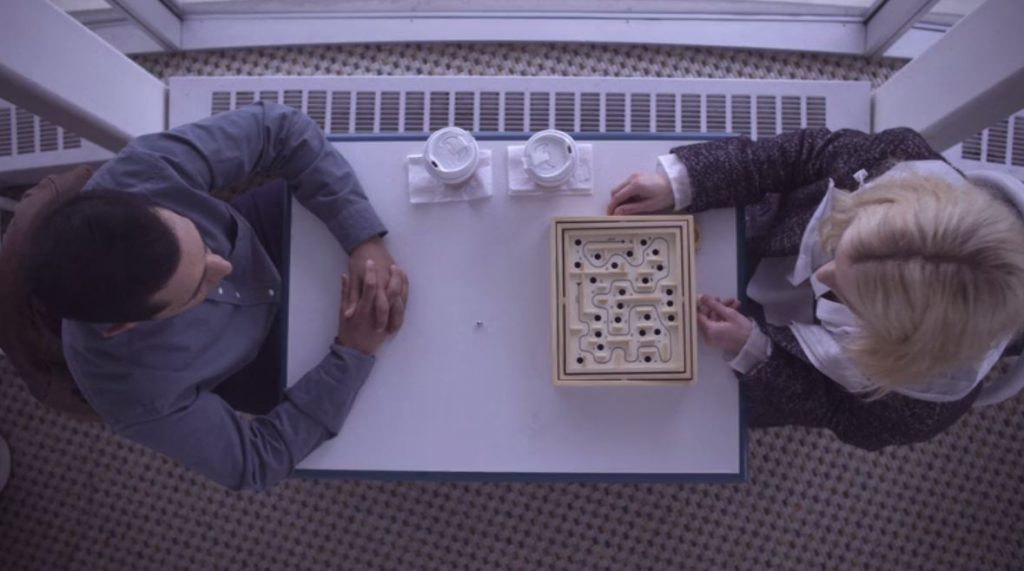 One of the more interesting developments in this episode is the discussion between FBI Psychologist and Prairie. Most specifically the ball track game and the analogies they are making related to the game. But Prairie makes the statement that the FBI can’t help get the other abductees back because they are off the playing field. Which means they are all dead? Or maybe they are alive, but the only way to find out where they are is by communicating through their connection? All I know is that everything is heading towards The OA getting to them through her Five, somehow.

As the OA begins telling the next round of the story she says that “Dr. Hap didn’t know what was going on in the basement, but he knew it was dangerous.” And we cut to Homer in the airplane completely going completely stir-crazy. “It’s hard to grasp what the sun is like when you’ve been living underground all these years.” And after a couple of false starts (like Homer goes bat nuts in the shower and ripping the mic out of his shirt and making a run for it) Dr. Hap and Homer go to see Renata. And afterwards, Hap knows that she’ll want to dance, and then Homer invites her back to his hotel room. One thing leads to another, and Homer and Renata start making love. And Dr. Hap starts piping the noise down into the cellar where Prairie and everyone else is.

So his main goal is laid bare. He wanted more than anything else (even capturing Renata) to shatter Prairie and Homer. Which he did effectively enough. Prairie even said as much, “Dr. Hap succeeded by manipulating Homer into being complicit in Renata’s abduction.”

Which brings us to the single greatest section of the show thus far. The gas ventilation system is broken, and so Dr. Hap comes and gets Scott and takes him without the gas. Scott is certain that he is going to die for real this time. He was too sick, and to overwhelmed to continue with the experimenting. So he tries to barter with Dr. Hap for information. But Hap is unfazed. But then Scott snaps. “You think you are so smart, did you know she could see? Since her last NDE when you whacked her in the head? You broke their rebellion. You broke him and you broke her too. You showed her, that he ain’t nothin’ but an animal.” This catches Dr. Hap completely broadside. But he continues filling the face tank with more water.

“Just because she doesn’t love him, doesn’t mean he’s ever gonna love a monster like you.” 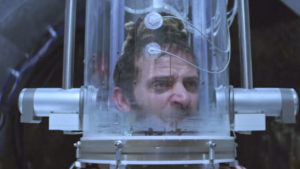 “YOU KNOW WHAT SHE CALLS YOU? THE ANGEL HUNTER!” And then Scott is dead and takes his body down to his cell. He then informs the OA that it was her fault for lying, that he was dead. And in one of the most intense dance scenes ever witnessed on television, the OA and Homer begin a sort of syncopated transcendental meditative dance. And after dancing all night long with the two other women watching, Scott comes back to life. And when he wakes he is more convinced than ever. “You were right, there are five movements, you need five people, five movements to open a tunnel to another dimension, a dimension of freedom. I have the third movement.”

And then we see Prairie talking to her five in the attic and she tells them that, “I’m going to teach you the five movements – we will open the tunnel to another dimension I am going to travel there and will rescue them.”

So – the flatliners club is still real and true. But it is still being balanced with the theory that she is completely and totally insane. I will refer back to Scott’s healing and his resurrection as evidence that that theory is becoming less and less likely. Mainly because that becomes really difficult to explain. Oh wait, if I take a page out of the Prestige playbook, she is the one narrating this story to her five friends. And so, she could just be lying outright and this miracle is nothing more than a story told by Prairie. Right? Hrm. So yes, we have two perfectly balanced stories. One is that Prairie is insane. The second is that she and her friends in the cellar have found real power hidden within their experiences in the afterlife. 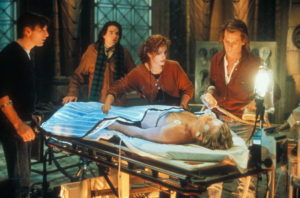 I definitely believe at this point that this shooter that has killed 17 people will nexus his way in to the ending of this show. Not sure how. But I’m pretty sure he’ll be important. I also think that the five will get a dance lesson next time wherein they begin practicing reaching the other side. It would be particularly awesome though if they have to flatline each other somehow (not thinking jumping off the bridge is the best or most controlled way of doing it, it’d have to be another way? Water? Car battery cables? How did they do it back in the old movie? Oh, that’s right, it was with paddles to stop their heart after being gassed. I wonder how many people are asking Brit Marling and Zal Batmanglij?

Possibly the best pushed question the show answered with episode five was the romantic predilections of Dr. Hap for Prairie. Which we definitely got answered with this episode. We saw the lengths that Dr. Hap would go to in order to bust them up. We also saw that there really is something to this animal swallowing premonition they have all had in the afterlife. The spirit guide animal has some sort of credence and credibility now that Scott, the one big dissenter has converted.

Or Prairie is completely and totally insane. One or the other.