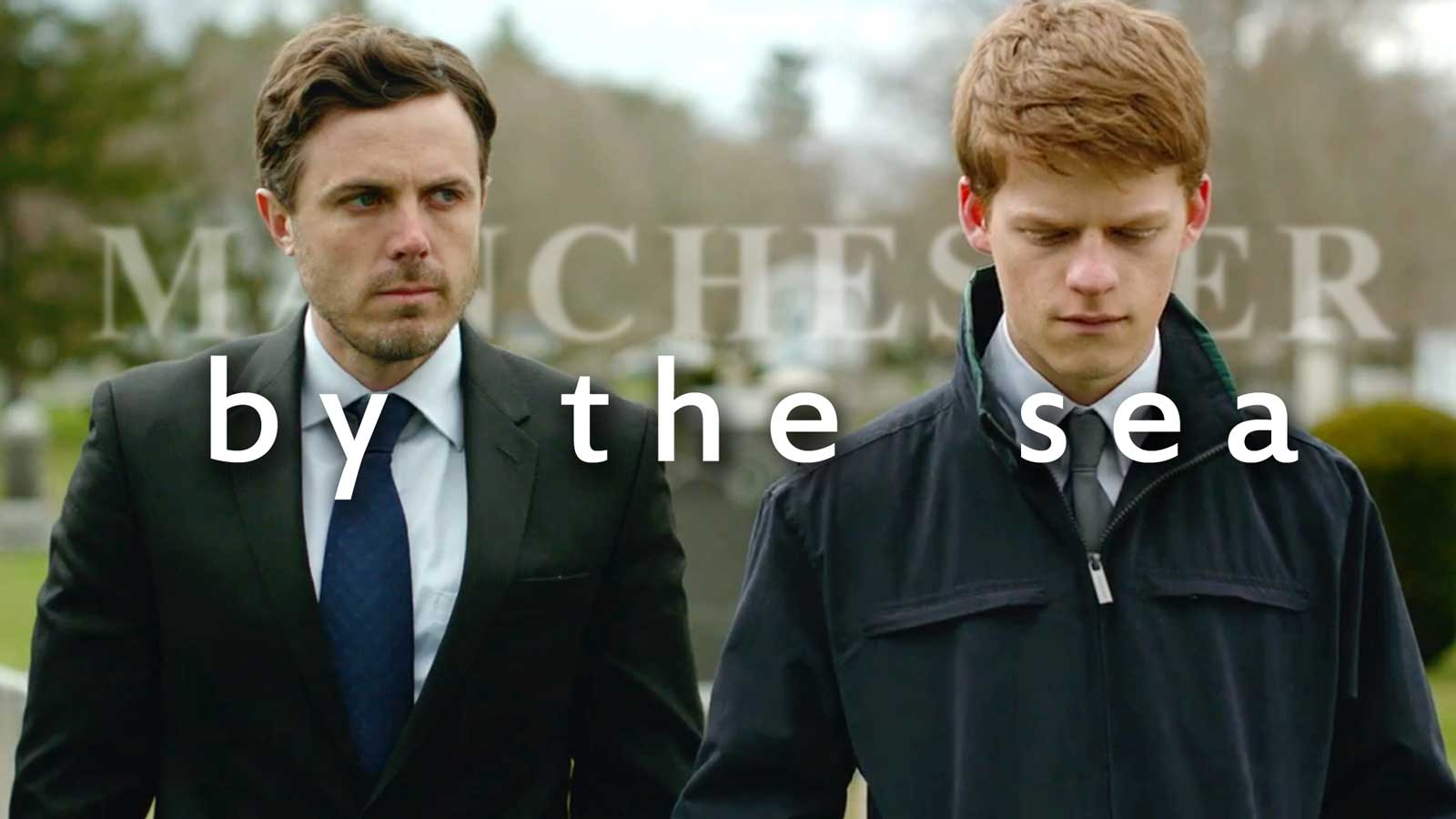 Manchester By The Sea Explained

Taylor Holmes
cinema
January 29, 2017
Manchester By The Sea Explained - or how this movie made me reconsider what the meaning of grace really was. Or how to forgive myself for the stupidity and ignorance I've caused in my own past. IMDB
Screenplay
Story
Acting
Direction
Reader Rating9 Votes
4.8

Watch Manchester By The Sea at one of these online movie streaming confectionaries:

Ok. So maybe the Golden Globes convinced me to see this movie. And yeah, maybe I didn’t give Casey Affleck the credit he is apparently due. But really? Every time I see him I think he is awesome group dynamic addition. But not someone to carry a movie, especially an emotion-driven movie, on his own. Anyway… so I didn’t see this one coming. And man did this movie do a number on me. Like Hulk Hogan from the third rope number on me. As I was watching I caught myself saying out loud… no. no. no. no. no. no. No. No. No. NO. NO. NO. NO. And occasionally we need movies that will just ruin us. Promise. We do.

So if you haven’t seen this movie yet, go find it. Wherever. I’m sure it’s still in the theaters, and will be now that it was nominated so many times for so many different Oscars. If you are still unsure… check out this trailer. Then afterwards, we are going to dive into the spoilers and the details of this mind-job of a movie. So please don’t continue on past the trailer. Fair? Great.

Just watching that trailer again puts me back into that no no no no frame of mind! Gah. So good. So, once again. Spoiler land. You’ve been warned. I want to talk about the details of what happened in this movie so that we can get to the heart of this beast and talk about what is really going on here. Because it is really a gorgeous flick when you get down to it.

Manchester By The Sea Movie Overview

I’m going to assume you watched this movie closely. This is just going to be a high level overview ok? Sometimes I spend too much going over every single detail and I just don’t think it’ll provide that much value with this particular movie. I mean, sure the details matter. But it’s the overarching emotionally driven story that matters more.

The movie kicks off with Lee Chandler as a maintenance man working in a god-forsaken apartment building complex. But soon we find out that Lee’s brother Joe has passed away all of a sudden. So Lee heads up to his brother’s home and starts to take care of his brother’s affairs. And in the middle of it all Lee starts helping out with Joe’s son Patrick. A teen that obviously knew his father was going to die sooner or later. And throughout the preparation for the funeral, and caring for his body etc, Lee takes Patrick with him to hear the reading of the will. And shocker, Joe’s will says that Lee should be Patrick’s guardian. Fine. Cool.

Only glitch? Yeah… there’s a huge huge glitch here. And as the news is being read by the lawyer that Lee is to be the guardian we learn Lee’s horrendous backstory.

One night, Lee and his buddies were hanging out at the house and playing ping pong, drinking, and getting stoned. Randi, Lee’s wife, comes down and starts yelling at everyone and tells Lee to shut the party down, the kids (two girls) are trying to sleep after all. So Lee kicks everyone out and then puts a fire on in the fireplace because it’s cold and he wants the girls to be warm. He then decides he needs to go pick up a few things at the local stop and rob. So he walks, he is drunk after all, over to the store. And then walks back. When he gets back the house is a complete blaze and Randi is going freaking insane, just mental, trying to get the girls out of the house.

A few days later, Lee tells the story that he forgot to put the screen up after making the fire. The fire must have sparked and caused the fire. When the police tell him that he can go home he is shocked. Like, wha? Obviously you are incorrect. You really want to put me in jail… that’s what you meant to say. No, they say, it was obviously an accident. We can’t arrest you for forgetting to put the screen up. That isn’t how it works. So as he is walking out in a haze from his interview he pulls the gun out of a policeman’s holster and tries to kill himself, but the safety was on and he wasn’t able to do it.

Yeah. It’s a minor glitch that Lee’s brother has made him the guardian of his son Patrick. Never mind the fact that he can’t even live in the same town anymore because absolutely everyone knows what he did to his daughters, accident or no. But we’ll get into that in a bit. I promise.

So the larger point of this movie, the landmines we will find ourselves navigating, are completely about Lee and Patrick and how they will jointly navigate their collective grief (griefs, grieves?) together and if at all possible… just survive to tomorrow. And then do it again the next day.  And as they work on making arrangements for the funeral, jobs, moving, sustaining Patrick’s life in general Lee is trying to figure out how to raise a teen… all of a sudden. Because that’s what Lee needs right now… more stress.

Lee and the Perpetuity of the Stressful Life

I have not left my child in my hot car and forgotten them to die there. I have not gotten drunk and beaten my family senseless. My stress of the more garden variety type. And yet, I am Lee. I stoically walk through life wondering what is going to hit me next. And that is what we are watching Lee do – stoically walk through life in a daze, hopeful that his accreted layers of stress-enduced-armor will protect him as the rolling waves continue to flatten him.

On the Permanence Of Failure

One of the most intense themes wrapped up in the inner workings of Manchester by the Sea is the sense that no one, ever, is aloud to get a mulligan, or forgiveness for their mistakes. Sure, Lee burnt his house down, and accidentally killed his daughters. And no, please don’t imply that I believe this was just a mistake. It was a failure. It was a huge huge lapse of judgement morally. And the town of Manchester would definitely agree. Because they have blackballed Lee absolutely. And completely. No? He can only find employment in the surrounding suburbs. So the town has passed judgement, and that judgement is that Lee is not allowed to stay. He is completely unwelcome.

Which, is truly sad really. We all have sins that we are in need of forgiveness for. We all have done terrible, terrible wrongs that deserve grace. No? Ponder your life. Right. You get my point. And no, it may not be murdering your own children. But regardless, you aren’t perfect. I know, because if you are anything like me… right.

And yet, Lee’s brother Joe believed in Lee. Everyone doubted Lee. Hated Lee even. But Joe believed in his brother. So much so, he chose not to tell Lee what he was going to do. He just drafted the will in a way that would be best for both Lee and Patrick. Anyone else? They would have kept Lee as far away from Patrick as possible. Which we get a flash of justification for this thought when we see Lee fall asleep while making dinner. What did his daughters say in his dream? “We are on fire”? Something like that.

But look at the emotional journey that Lee took as a result of his brother’s impetuous and immature decision. Instead of caring solely for himself and maintaining his insular… wait, I can do this, insularityness? insularitiness? maintaining his solitariness? hahah. He grew to love someone other than himself. He grew into a someone that could care for others again. Which is why the ending works. No? You didn’t catch that leap? Wait for it.

The Ending of Manchester by the Sea Explained

It seems like the movies that we herald, and resound for us in this time and place are movies with dissonant endings. I only need one single piece of evidence to make my point. La La Land and its nominations for 14 Oscars. And yet, while we have dissonance here – we also have an enormously realistic response as well. Too often, Hollywood paints with stereotypes and a broad broad brush that works best in generalities. Hollywood is normally painfully kitschy in order to explain it’s movies to the dumbest person in the theater.  (Probably not a very popular comment, but true.) So what was Hollywood thinking when they made this film?!?? Because it’s beyond inscrutable… wait, what’s an inscrutable?!?

The triumph of this movie is just in the simple fact that Lee is still alive. He’s alive and he spent the duration of the time from the moment Joe died, until he was buried months later living outside of himself and caring for Patrick. And in so doing, Lee was able to open his mind to new possibilities and fairnesses to both himself and to others. Instead of letting his boss take advantage of him anymore (doing electrical illegally, getting minimum wage, being overworked, etc. you get my point) he has gone and found a better job only working with two buildings and a reasonable amount of work. The movie never meant to say that being a janitor was bad. It was that Lee allowed others to beat him up and put him down because he believed he deserved it. Right? So, in effect, Joe’s wishes for Lee to care for Patrick helped to effectively restore a sense of self worth that was completely AWOL.

Final Thoughts on Manchester by the Sea Explained

First Oscar for best picture movie for a streaming movie. The state of the union of movies and Netflix and Amazon? Amazing. I’m fairly agog at what Netflix, Amazon and the independents are pounding out regularly. Just baffling really. And that Amazon is being given a nod by Hollywood no less, for their efforts with this movie should be extraordinarily heartening to movie lovers the world round. But maybe that’s just me. Did we manage to get Manchester by the Sea Explained for you? No, obviously not. There is so much to this movie to be plumbed, it was only the merest of beginnings! What were your thoughts on the movie?