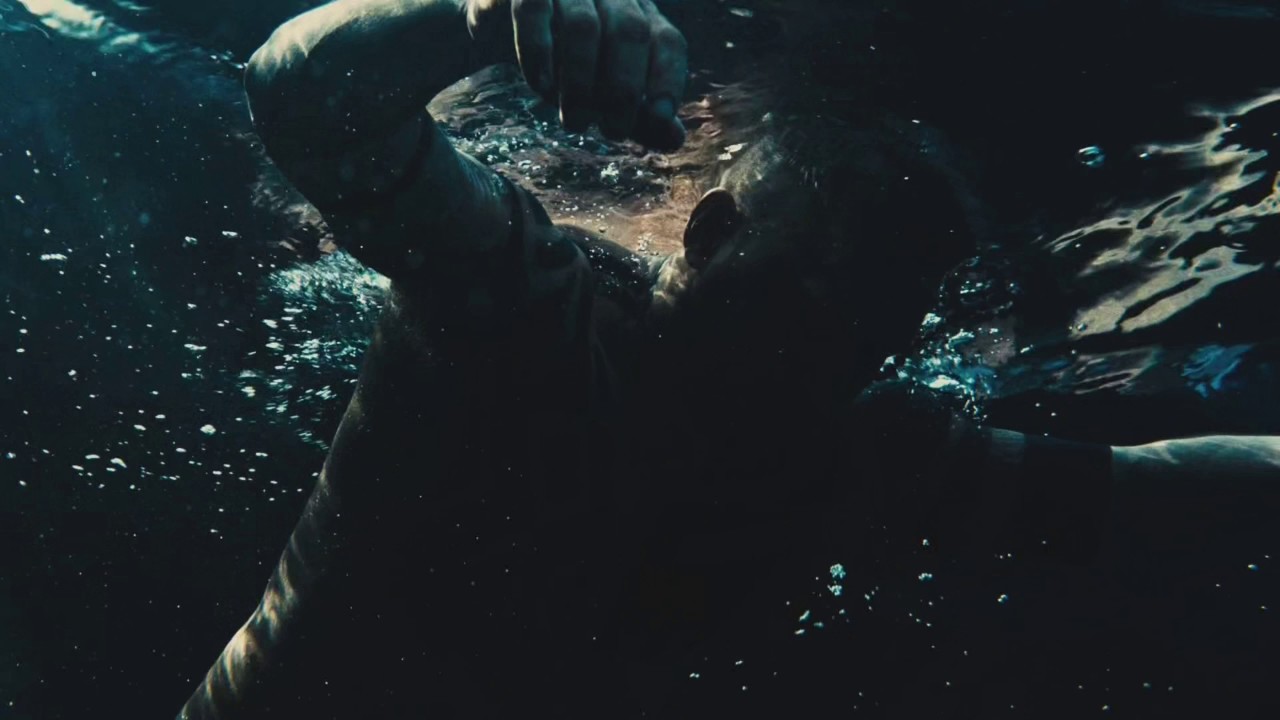 I think Steven Knight may just be one of my new found loves. As I discussed with you back on episode 1, Knight took Tom & Chips Hardy’s idea about an evil protagonist during the time of the East India’s hayday and wrote out this amazingly compelling story. It was a trade, Tom Hardy acting in the movie Locke (which I highly recommend) for the script of Taboo. And I think Tom and his father are the bigger winners here for bagging Steven Knight as opposed to the other way round. Don’t get me wrong, I adore Tom Hardy in anything he touches. But the finely tuned balancing act that Knight has crafted here is a clinic, a primer, for anyone trying to build conflict and tension within plot building workshops. Anyway, enough pontification on my part. So shall we dive into the latest Taboo discussion, ‘New FX Show Taboo Episode 4 Discussed and Explained’? 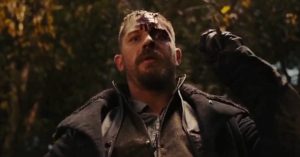 This was, beyond all doubt, one of the bloodiest episodes so far. Violent and intense. I loved every minute of it. Anyway… we kick off the episode with the British army arriving at James’ house on behalf of the King. (Or the Prince Regent, as we discussed last week. Which I had no idea what that was until I did some digging.) The come and take Lorna Bow away. If you recall, James’ father, Horace, may have married Lorna before he passed away. I personally don’t doubt it anymore, though I once did. She is hauled to prison and they attempt to force her to sign her half of Nootka Sound over to the King. James though, is more clever than anyone else in this show by a factor, he informed the East India Company that the Prince Regent (via Thoyt) was trying to heist Nootka out from under the noses of the East India. And before Lorna is raped, she is saved. And the East India in return for the King’s duplicitousness, removes their negotiators from the India negotiations table. (Which I think we discussed back in ep2 or ep3? I can’t recall. Basically India was owned and governed by the East India in this awful miasma of chaos, and England wanted it sorted out at this time.)

Can I just say that the machinations here are worthy of a Sorkin episode of West Wing? Brilliantly crafted.

As the episode continues on it’s rocket sled ride, we find out from Godfrey, the trans spy friend of James’, that the only thing that the Nootka Indians would trade for would be gun powder. But the Prince Regent has put James’ name on a list forbidding anyone to sell him a single grain of the stuff. And just like that, James is off to the races in his pursuits of manufacturing gun powder from scratch. He goes and finds a chemist/alchemist named Cholmondeley who will begin crafting him gun powder. Only problem? It will take a year… unless he has Saltpetre. The only people that happens to have it? East India. And so a robbery is hatched.

The Creation of the League of the Damned

Per Godfrey, he’s aware he and everyone else close to James is being used. And Lorna is realizing this herself that they are all just tools to James on purposes and ends. And when James responds with, “Everyone I gather close are damned, so you should leave and let this business turn its course.” But after her brush with the prison guards he offers her a place in the league of the damned… amongst “those who are willing to do exactly as I say.” Lorna’s response? “We are the ships, you are the river.” Is there are new woman in play within his life? His step mother of all people?!? Hahahha. This show definitely is living up to it’s name.  And soon after, the Americans send an assassin to kill James… seeing as though they would benefit with him being dead, they’d be the only ones that could afford to murder Delaney. But James, after getting clocked in the skull, opens the assassin up like a cup…

The Americans Arrange A Meeting

It’s then that James gets an invitation to a party at the home of Countess Musgrove. A single woman, that uses her bed and her money to move through the British upper class strata. Hrmmm. Gee. I wonder who she could be.  Carlsbad anyone?

Also, Zilpha is there. Her husband, Thorne Geary, ‘has business’ with some of the associates in attendance? Or, the Americans pulled some strings. Because when James and Zilpha go outside to talk, it’s the very first thing that Delaney mentions.

Zilpha – “I knew you would come to me… you always come to me…
Delaney – “It’s a bit unexpected that we were both invited together. They invited us both so it means they know.”
Zilpha – “Who knows?”
Delaney – “Our American friends.”

And that is when Dumbarton, the American spy arrives, and puts all questions to rest by telling Delaney outright that he knows about Zilpha. Not only that, but he makes Zilpha a part of the deal. He offers to kill Thorne innocently, and then allow Zilpha and Delaney to head to America anonymously. Right? But the thing running through James’ mind isn’t a blissful life in a America, but rather, how the heck is he going to keep Zilpha safe?

A New Love Triangle Is Formed

But possibly the craziest development of the episode is this new love triangle that has formed. James, needing a date to the party the Carlsbad has invited him to decides to take Lorna. Technically his Stepmother. And while at said party, Lorna Bow – or Lorna Delaney if you prefer – has this gorgeously enigmatic conversation with Zilpha:

Lorna – “You know James Delaney?”
Zilpha – “No”
Lorna – “What? In that way that no one knows James Delaney?
Zilpha – “Yes”
Lorna – “I’ve only not known James a little while. But I have a feeling you have not known him a little longer. If I were to have intentions regarding James, would I need to be wary of you?”
Zilpha – “No civilised woman would have intentions regarding him. And you would not need to be wary of me, we have the same father.”

So, seriously now, Lorna, James’ step mother is chasing after James. And James is chasing after Zilpha, his stepsister?  And Zilpha? she is all kinds of jealous of her step mother. That much is obvious. Steven Knight should quit his day job and begin writing for a Spanish Soap Opera. He’d out do anyone they could hire, that is for sure.

Then in a strange method for arranging a moment alone, James and Musgrove, get put into a magical box and given a moment to talk alone. James has been researching the Countess Musgrove, and determined that she is actually Genevieve Decoux from New Orleans. And they discuss the assassin, and his cooperating with the Americans or else. James counters and tells her he’ll reveal who she really is if she isn’t careful. And then, in the last moments of the episode, Thorne, drunk and nigh on insane, decides to challenge James to a duel.

Question #1? Can I survive until next week as I pine and slobber all over myself pondering the upcoming duel that is imminent. GAH! Ok, the real first question of the episode, is Carlsbad Musgrove? Seems like a foregone conclusion at this point. But we weren’t given 100% proof of this fact. We do see that James bribed her for his life by promising to reveal her identity. But we still aren’t completely sure.

More importantly than that, what is to come of this new love triangle development? Lorna has definitely insinuated herself into James’ house and even his affections – even if only casually. He looks out for her, that is for sure. He doesn’t admit it, but he’s worried about Lorna and the Prince Regent killing her to get what he wants. And yet, he has stayed true to Zilpha from the beginning of the show’s first moments. He is single mindedly bent on getting Zilpha back regardless of the social implications. He cares for her very much, though she won’t even look at him.

We are half way through our 8 episodes of season 1. (Will there be a season 2? Does anyone even know? Wait for it wait for it… check out this quote I just found from Steven Knight! Hahah:

“We have plans — well, certainly I have plans — if we get given the green light for more,” he said. “The plan is that there would be three seasons, and, as with Peaky Blinders, I have had a destination in mind from the beginning, because I think it helps as a writer. The destination in mind is that James Keziah Delaney sets foot on Nootka Sound. But that’s a long way off.”

Gorgeously said Mr. Knight! So now we know where we are going. But how the heck are we going to get there. Who will be on his arm? And will he be locked in a box on the way?!? hahah. The bigger question though. Is will Thorne survive the next 24 hours??! That is definitely the question of the episode that is for sure.