A couple years ago Taylor Sheridan blew up my blog when we started talking about his movie Sicario which he wrote the screenplay for. If you haven’t seen that, definitely start there. Sicario is really mind blowing. Then he went on to write and direct Hell or High Water which I just highlighted the other day. And now this? It’s a pretty good run I’d say. So this is your homework – if you haven’t seen Sicario, that’s stage one of the Taylor Sheridan extra credit. Then Hell or High Water… and finish it off with a Wind River chaser, ok? Great.

Here, try out the trailer if you haven’t seen it yet.

Jeremy Renner and Elizabeth Olsen pair in this odd pairing detective investigation flick. Basically the gist of it is that Cory Lambert (Renner), a Indian Reservation fish and wild life employee, while tracking mountain lions, discovers a dead woman out in the cold. He and the other police of the reservation call in the FBI and Jane Banner (Olsen) comes to investigate. She is obviously out of her depth in this wild country of Wyoming. And so she asks Lambert if he’ll help her track this killer. But one of the really more interesting aspects of this movie is the fact that the events that have happened to this dead woman’s life is mirrored in Lambert’s past. The mirroring of his past with this current story reverberates through Lambert’s life.

The most interesting, and uniquely fascinating part of this movie is how Taylor Sheridan has written in a tracker as a seminal piece of this story. (Which, I think is fantastic, but it was snowing an awful lot for him to be so effective, wasn’t it? Maybe that’s just me.) It just so happens that each piece of the story unlocks with something found in the snow. And now that I am talking about it out loud it seems hokier than it did while watching it. I won’t say too much more about the story except that you should definitely check it out. 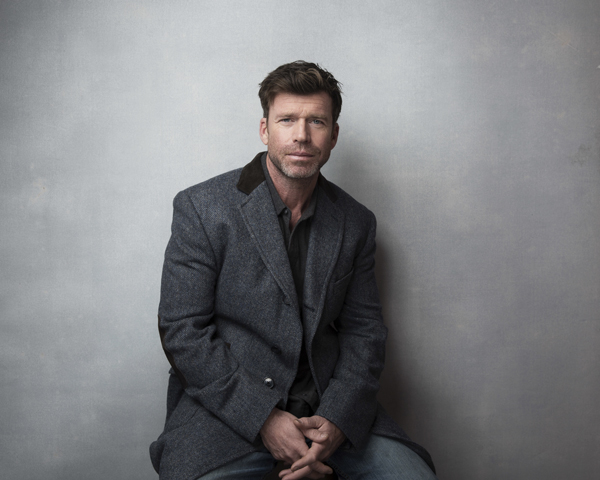 The New King of the West

Sheridan seems to be carving out a niche in the midwest for himself. Sicario was based in the border with Mexico and U.S. Hell or High Water was based out of west Texas. And Wind River is based out of Wyoming with a hint of Indian Reservation thing happening. Sheridan has become really good at layering in the grittiness and the poverty of the places he drops us into. And in Wind River the snow and the quiet of the place is really palpable. It oozes out of every part of the story and even becomes another character in the film.

Normally I do a deep dive on the movie… explain the ins and outs… the details of how it works. But with this one I think it was pretty obvious. And so I haven’t delved too deeply, trying to avoid spoilers. The penultimate standoff and escalation was truly epic and worth the price of admission by itself. But I’ll leave that to you to find for yourself. Obviously there were a few logical inconsistencies at times and a few convenient slights of hand at the screenplay level. Otherwise though, I really enjoyed this movie over all and would love to hear your thoughts on it.