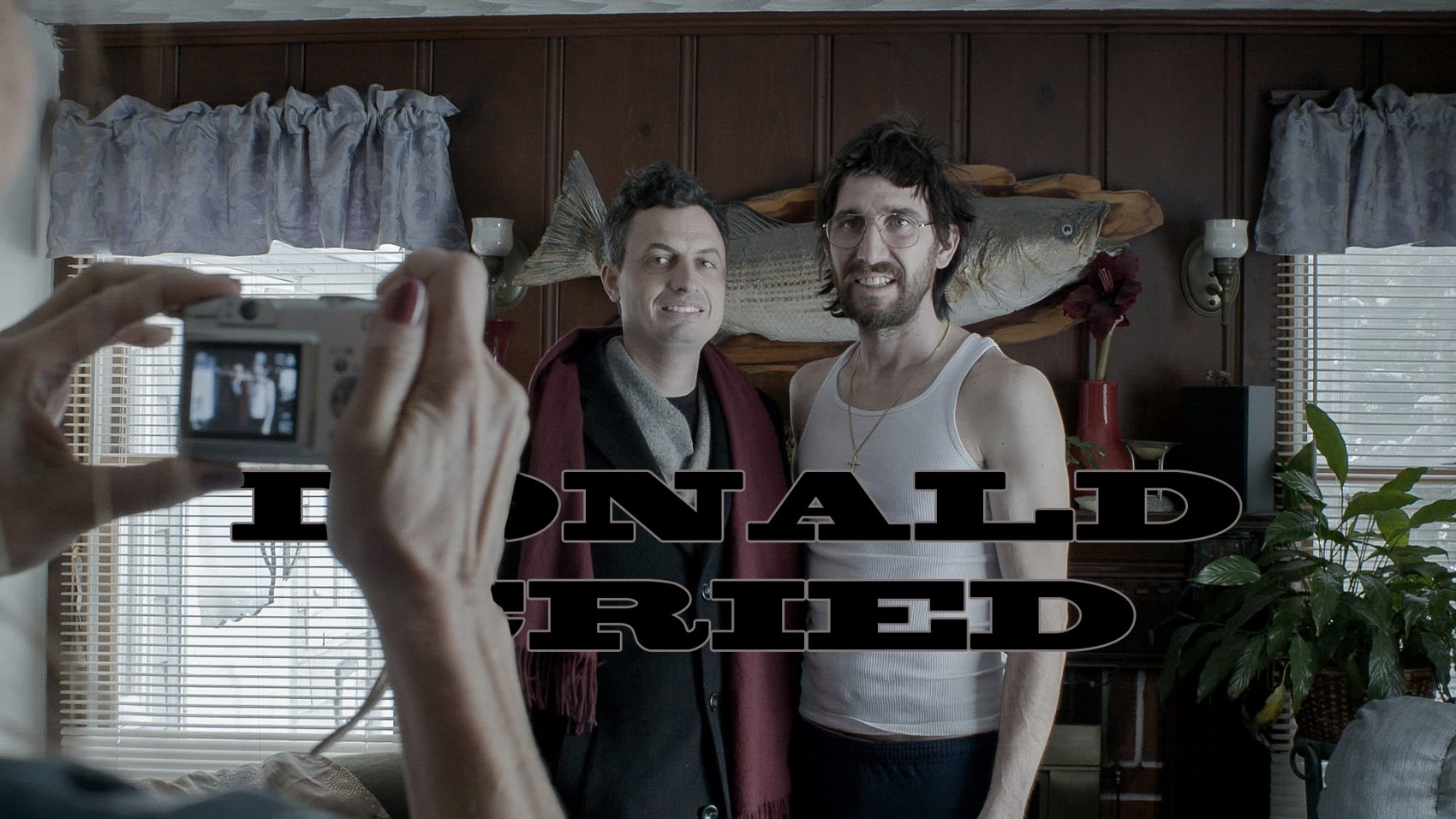 Shall I Explain Why Donald Cried Is So Fantastic?

Taylor Holmes
cinemafeaturedTHinc. Approved
September 7, 2017
Donald Cried is an intense, in your face, talkie. If you don't want dialogue... this isn't your movie. But it is a fantastic slice of life movie with real depth and intensity going on under the surface.
Screenplay
Acting
Action
Cinematography
Reader Rating1 Vote
4.3 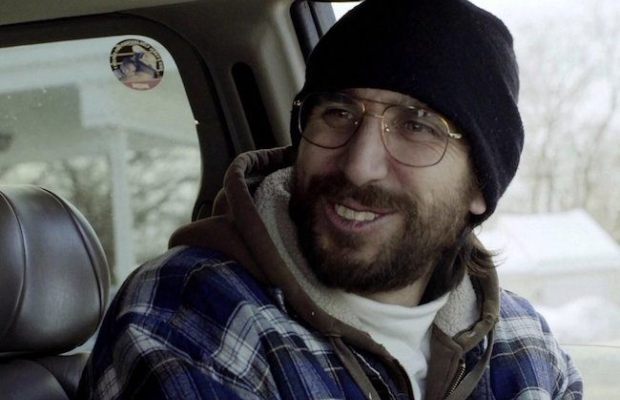 Shall I Explain Why Donald Cried Is So Fantastic?

I’m going to start with a wide sweeping warning at the front. This movie is not for everyone. But… BUT, since you are here, I’m guessing, – just something of a hint – that it may very well be for you. This movie is getting panned by pretty much anyone and everyone in the movie industry. All of them. And yet, I adored this little film. It crawled deep under my skin, took hold of my spine, and didn’t let go for a week or two. And in that meantime, I have watched another 5 or 6 filmes? But Donald Cried is the one that has stayed with me more than all the others.

First, what is it, and why should you watch it? Well, Kris Avedisian (who I had never heard of before) has written an “amusing, and affecting” buddy film, (Or Anti-buddy film as the case may be) wherein two old friends reunite. Only glitch? Peter has moved on. And Donald hasn’t. Did I mention that Donald is also an emotionally stunted grownup high schooler living perpetually in the past?

If you can imagine a more morbid Napoleon Dynamite you are in the right ballpark. If you can overlay a non-congenial Before Sunrise you are getting closer. No no, I’ve got it. It is exactly like Mark Duplass’ movie Creep… only better. Well, Creep has a killer right hook ending (see what I did there?) but Donald Cried is more of a Catfish of a movie with the audience along for the ride just trying to figure out this relationship between Peter and Donald.

Let me put it this way… I could totally relate to this movie. And many of you might be able to as well? I don’t know… try out the trailer and let me know if you think I’m now stark raving insane.

No? Run for your life! hahah. But I am not sure why talkies that just investigate their characters through the veil of normal life are just so fascinating to me. Like maybe a less haunting If There’s a Hell Below?

When I first heard about this movie it was because of the chatter that came out from its SXSW premier, AFI and others. But I just couldn’t get past the name. I assumed it was something to do with Trump. And really didn’t even give it a chance in my news feed, let alone anywhere else. But eventually too many big names were talking about it – and like a loser arriving late to the party I begrudgingly gave it a shot. And, oh my gosh am I glad that I did. But remember, I totally dig talkies. (Which reminds me, I should probably create a new top 10 dialogue movies list… ’cause there have been a ton of new ones lately.)

The plot is simple yet deceptively congested with unknown backstories and history that are only hinted at. But on the surface of it, Pete’s grandmother recently passed away and is coming back home to Rhode Island from New York to put her affairs in order. And when the movie kicks off we know absolutely nothing about him save that he’d lost his wallet at the train station and is decidedly in a bad way. Pete meets with a realtor (who happens to be the sister of someone Pete went to school with) and now needs to get over to his Grandmother’s place at the home in order to get her things. One small problem though. He has no wallet. He has no money.

And just like that, we are introduced to Donald:

I liken this introduction to Donald to the moment when Napoleon Dynamite walks out to the curb at the beginning of the meeting with his Trapper Keeper, moonboots, and waits for his bus to arrive. You either get where this movie is going or you don’t. You either are on board for the ride or you aren’t.

And from here on out it is the Pete/Donald show in all of it’s horrifying and mind blowing brilliance. Donald uses his leverage over Pete to basically recreate the wonder years over the next few hours. They eat, play a game of football, visit Donald’s job at the bowling alley, get accosted by his boss/step father, etc etc etc.

One of the brilliant aspects of the film as that as the movie moves along we go from despising Donald and his passive aggressiveness to feeling sorry for him, to truly almost identifying with him? Maybe? And then not? It was a very weird relationship that the viewing audience has with him. We learn that he works for his step father, that he is a complete idiot. We learn that Pete has done some truly mean things to Donald in their past. And while Pete has tried to move on, forget his past, Donald has been locked in a time warp ever since the high school days. For good or for bad. It could be that one of the weaknesses of the film is that it is just a slice of an encounter and there might not be a larger story going on here. Maybe? I throw out some Donald Cried meta-theories at the end… but that was just because I could. heh. Does anyone really think there is anything else going on here other than two guys catching up? Hrmm… maybe. 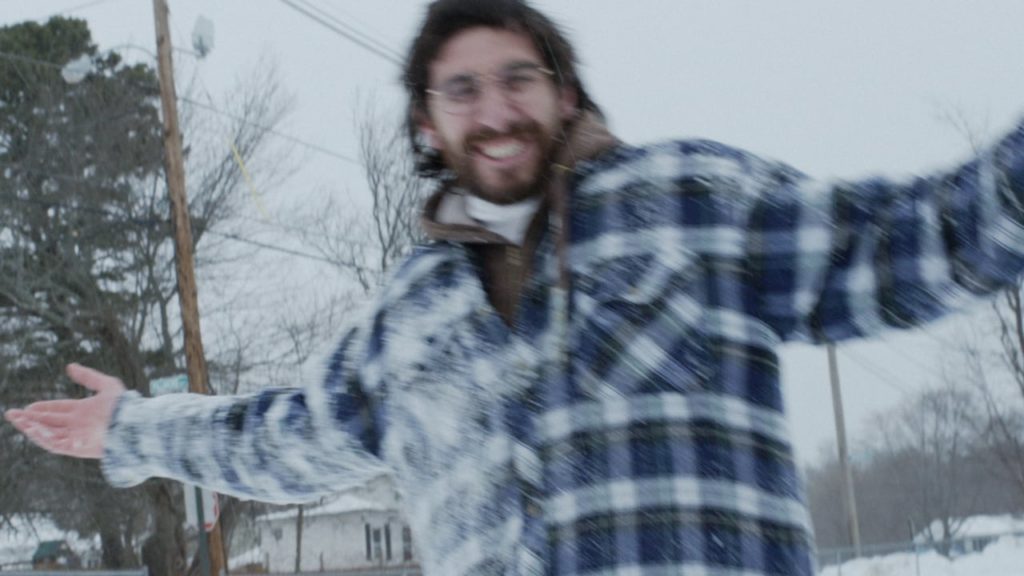 My first time watching the film I was a little confused as to the title, seeing as though… there was no crying in the film. But then I watched this interview and saw them reference the ‘section of the movie where they talk about when Pete made Donald cry…’ but I didn’t remember that.

So I found the script and read that. Then I watched it again. And that’s just because I’m super slow. You guys are smart. I have to work overtime to keep up with some of you all. Anyway, if you didn’t specifically remember the reference like me… the titular reference was to the time that Pete peed in a bottle and made Donald drink it. And then he cried. This was told to us by the third horsemen of their crew, Barry.

Which, is the only reference to emotion in this movie at all really. Everything is hidden. Donald bobs along like an undaunted buoy. Donald beats the crap out of Pete in a snow football game, and nothing is mentioned. Donald is humped to near death by his father at the bowling alley? Nothing. And I have to say, that this aspect of the movie has to be the most realistic thing going for this movie. Why is it that guys won’t talk about the obvious? Amazing.

The Acting of Donald Cried

If Kristopher Avedisian is not nominated for an Academy Award… I quit. At first, I just assumed that that was Kristopher. I had never heard of him before. But then when I watched that video above? And found out that he also wrote the screenplay? And that he directed it. And and and…. and that he was well adjusted?!? hahahah. He killed this part. I’ve literally been walking around trying to do the thing he does with his fullon smile at 11 and talk, and do this? Nope. And then the way Avedisian just crushes this dialogue. It’s like he is playing the part of my clueless friend Johnny Higgenbottom. Johnny… if you are out there… sorry man. Didn’t mean to throw you under that bus. No, wait… I did. I really did.

In this theory Donald is no more, and no less than what we see on the screen. He is a disaffected, emotionally stunted highschooler that yens for the old days. And wow! Pete is back!

What if Donald actually was in a Fatal Attraction type relationship with Pete, or the memory of Pete? What if he had been masterminding this day for the past 20 years? He weaseled his way into becoming Pete with his Grandmother after all… who knows, maybe he had a bigger plan here? Maybe being Pete with everyone was the next logical step in this overarching grand plan? And who knows? Maybe it was Donald that stole Pete’s wallet back at the station?!? You never know!

By this I mean, what if we could see Donald in a different light? Once we have finished watching the movie we know for a fact that Pete and Donald didn’t have the greatest of relationships even back in the day. The Donald Cried bit, where Pete got Donald to drink his urine sort of gives us a pretty clear view into their relationship.

What if this entire day was a brilliantly insightful manipulation of Pete by Donald in order to make him make amends, or at the very least to come to terms with, how he had treated Donald throughout high school? Oh, there is plenty of evidence here. But I’ll just list a few… the “football” game wherein Donald makes absolutely certain they are on opposite teams, and proceeds to bash him into a pulp. What about the visit to Barry’s apartment, who was the third horseman’s of their dynamic trio? And how Barry basically humiliates Pete? Or how about the grandmother?

Could Donald have been intentionally getting Pete back from minute one? Could he have, in a passive aggressive sort of way, just kept playing dumb in order to inflict maximum pain on Pete with complete impunity?

I honestly don’t believe any of those theories are real. But, I listed them out to make a few points about how layered and multifaceted this movie really is. We have a lot of motivations happening under the surface here. Donald just wants a day from his childhood back. Pete wants nothing to do with his past, like at all. Which makes me think that this might just be a modern day reenactment of A Christmas Carol and the ghosts of Christmas past that march through Peter’s, I mean Scrooge’s, life. Peter gets to reevaluate his life, and realize that he was mean to Donald for no reason. And that he was doing it all over again now. Taking him for granted. Right? Just trying to get what he wanted out of him and then move on.

I totally got into this movie. Totally loved it. I’m sure many of you will not like it. But at least it wasn’t another Marvel movie. So there’s that.