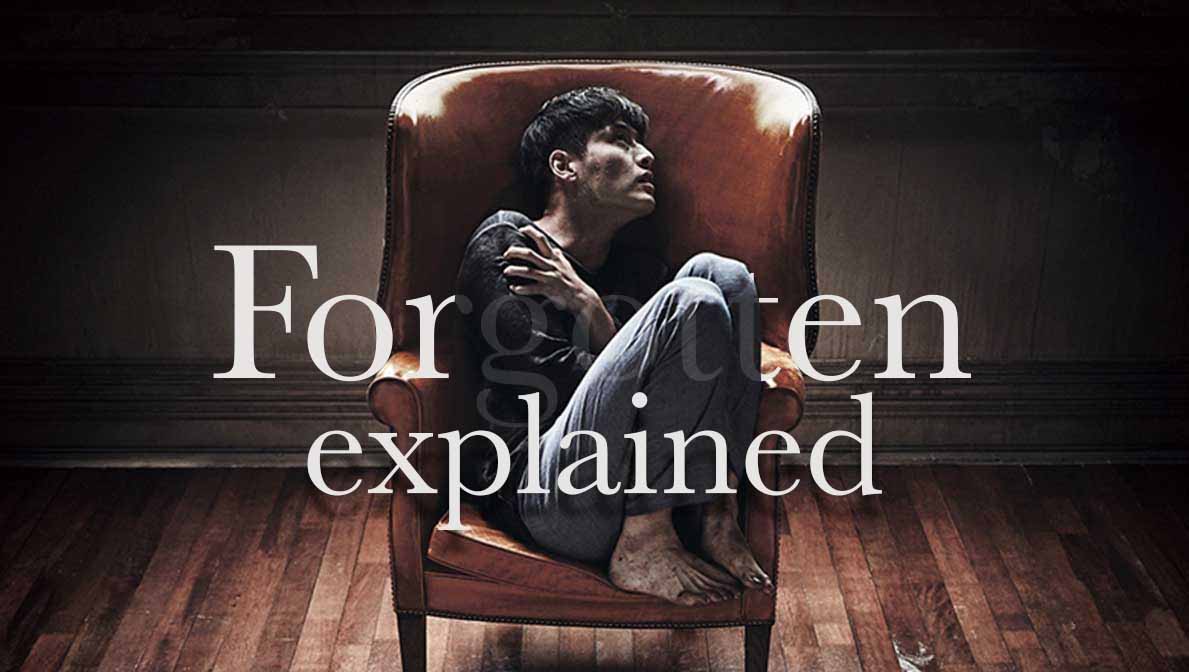 Somebody Explain This Netflix Korean Movie Forgotten To Me

Taylor Holmes
cinema
March 16, 2018
Somebody Explain This Netflix Korean Movie Forgotten To Me - or why I am now going to the chiropractor as a result of watching this movie, caused by the massive head fakes and jukes this movie causes. IMDB
Screenplay
Mindjobness
Acting
Action
Reader Rating37 Votes
4.5

Watch the Korean film, Forgotten, online at these locations:

A , scratch that, clever, movie has a head fake or two to throw you off the scent.  A , scratch that, mindjob movie, telegraphs its head fakes, and then head fakes its head fakes. And that is what we have here today with Netflix new film Forgotten. I don’t usually do straight up and down explainers, but today, whoa, I think we need to figure out what the HECK happened in this one. And if you are looking for a scrappy, crazy, mind job of a movie, that will keep you on your toes, you are welcome, I just made your Friday night. But if you haven’t seen this movie yet, (You know, the Netflix Korean one called Forgotten… yeah, that one.) then this post is liquid plutonium down your gullet. You definitely don’t want to be here any longer. You need to be utilizing the past tense verbal conjugation of the word Leave. You just can’t stay here right now. But after you are done watching it? Oh wow, will you have fun with this post after the fact. I mean, check out this trailer and you’ll see what I mean.

But if you haven’t seen Forgotten yet, you have to watch it – and you can do so right here:

So with that, I’m going to release the hounds. From here on out, HERE BE DRAGONS.

Anyway, this movie starts off with you on your back foot, and then shoves you completely over. And since so many of you are here just under serious psychic distress as a result of this movie, why don’t I fix that for you first before we talk about the movie. And the easiest way I see that happening is if I just tell you the story, but do it chronologically. From beginning, to end… that should single handedly solve most of the questions you probably have right now.

Chronologically, the movie begins with Jin-Seok, parents and brother, Yoo-Seok, riding in the car together in 1996. They have a tragic car accident and both parents die. Well, it’s now 1997 and the economic crisis in Korea is horrible, but Jin-Seok’s brother is in desperate need for a surgery, and his doctor believes that he will die if he doesn’t get it. But, the glitch? Jin has zero money. So he begins hunting for jobs. And the only person that bites is an online character named Blue Beard who offers him cash if he’ll kill the mother at this specific residence Blue Beard gave him.

Jin-Seok agrees, goes to the house, changes his mind about the whole thing, but ends up accidentally killing the daughter. And then to shut the mother up, her as well. But that left the boy there at the house, whom he tells to hide under the covers. Realizing that it was the father that was Blue Beard, Jin-Seok leaves, and heads to the hospital, in order to find out why he told him to do it. The doctor tells Jin that he needed the insurance money to save his children after the economic collapse, but when he finds out that the daughter is dead, they fight and the doctor falls to his death.

The young boy receives a ton of money from the insurance pay out on his mother, (and most likely his father and sister as well), but his relatives take all the money and he is put into an orphanage. He grows up vowing to figure out what happened even though the cops were unable.

And when the boy grows up he hunts for his family’s killer until he finds Jin-Seok. But when they interrogate him, he tells them nothing. And so they decide to give him Barbital, and hypnotize him into believing that it’s 1997, back before the killings and the trauma began. Because they believe that he has dissociative amnesia, and if they put him in a situation before the trauma, he might remember again why he did it.

And now? We are at the beginning of the movie.

The “family” are all riding in the car, and they move to a new home. That home? happens to be where the murders happened. The son, has arranged for them all to move in together and to setup the murders again to jar his memories. But the night they were going to stage the murders over again, the orphaned boy, (who was playing as Yoo-Seok, was abducted. 19 days later he bribed his way out of prison. But the rain didn’t come back… and in the meantime? Jin-Seok began figuring out that Yoo-Seok wasn’t really Yoo-Seok. He didn’t really have a limp. So Jin-Seok, follows the imposter, and learns that the cops were fake too. And then Jin-Seok tells his “mother” about “Yoo-Seok” which tells her that he knows what is going on. They try to play it off like he’s insane… but that just isn’t working. And besides, in a 100 minute movie, how many head fakes and jukes do you really have time for?

Push comes to shove, there are chases and car crash craziness, and eventually Jin-Seok makes it to the REAL police station, and he finds out that the year is 2017, not 1997. Mic drop.

And when Jin heads back to the house he finds the dummies covered in blood and the people there let him know that they were just trying to figure out the truth of what happened the night a mother and a daughter were killed. Well, the one thing Jin is clear about was that it wasn’t him. And so he runs. (This is when we learn everything I discussed at the beginning of the writeup). And in the midst of this car/ped chase, this imposter crashes the van and is “mortally”(?) wounded. And Jin-Seok turns and leaves, and then is hammered by an oncoming car.

Jin wakes up in the hospital, and there is his imposter brother. But between the time he was hit by the car and awakes in the hospital, he remembers what he did in order to try and save his brother… he murdered a woman and a daughter, and saw the father die as well. And he feels horrible about it. But this fake brother guy? He’s going to kill Jin-Seok. But we quickly learn that this imposter is actually the little boy that Jin left alive 20 years ago. And he asks if his father was the one that hired him to kill his mother, because he had just learned about the insurance policies that he had taken out on his mother. But Jin won’t pin the blame on the doctor. So the surviving family member let’s Jin-Seok live and he then heads off to jump off the building. Meanwhile, Jin-Seok, overcome by grief, takes the syringe and injects himself with it.

And with that? EVERYONE IS DEAD. Gotta give it to the South Koreans, they can out tragedy Shakespeare, which, is quite the feat.

But What The HECK Forgotten!?!?

The reason this movie is so confusing is that the film makers have cleverly chosen to feed us all our information from Jin-Seok’s perspective 100%. We start the movie waking up in the car as the family moves into their new house. M’k? I guess? We knew we were moving did we? Alright. And there is a room that we can’t go into? No matter what? To be honest, when the movie started I half thought it was going to be a Gremlins remake or something. That these nasty Tribble creatures (let it be known that that is the very first Star Trek aside I have made on this blog. Ever. I’d take it back, but I’m committed now) would come coursing out of that room and devour everyone in the movie. Or something.

So that isn’t what happened. But the room is important for other reasons. But is it really? Why do they always have guys hiding in that room? They are sort of the on site lab techs? Why are they even in there? But to take my questions to an eleven, and this is a mic dropper, how did the fake Yoo-Seok determine that Jin-Seok was the murderer? We got absolutely nothing of that investigation or how that came to be. Which, truth be told, is understandable because there is just so much going on in this movie. I literally have not seen a movie have to do a wrap up IN THE MIDDLE of the movie in order to explain everything we missed in the previous 45 minutes. And then another one towards the end. Credit where credit is due, if you are going to juke this hard, you really do have to explain yourself.

Basically this movie is modern version of Old Boy. Some might see that as sacrilege. But I mean that. They are basically the same sort of movie. Complete with head fake after head fake.

Final Thoughts on The Forgotten

My neck hurts from all the repetitive whiplash injuries I incurred over the course of this movie. But I enjoyed everyone. So much goodness in seemingly short 100 minute movie. Only wish they could have given us more details and information, but why? What else is there that we absolutely needed to know? Great flick.