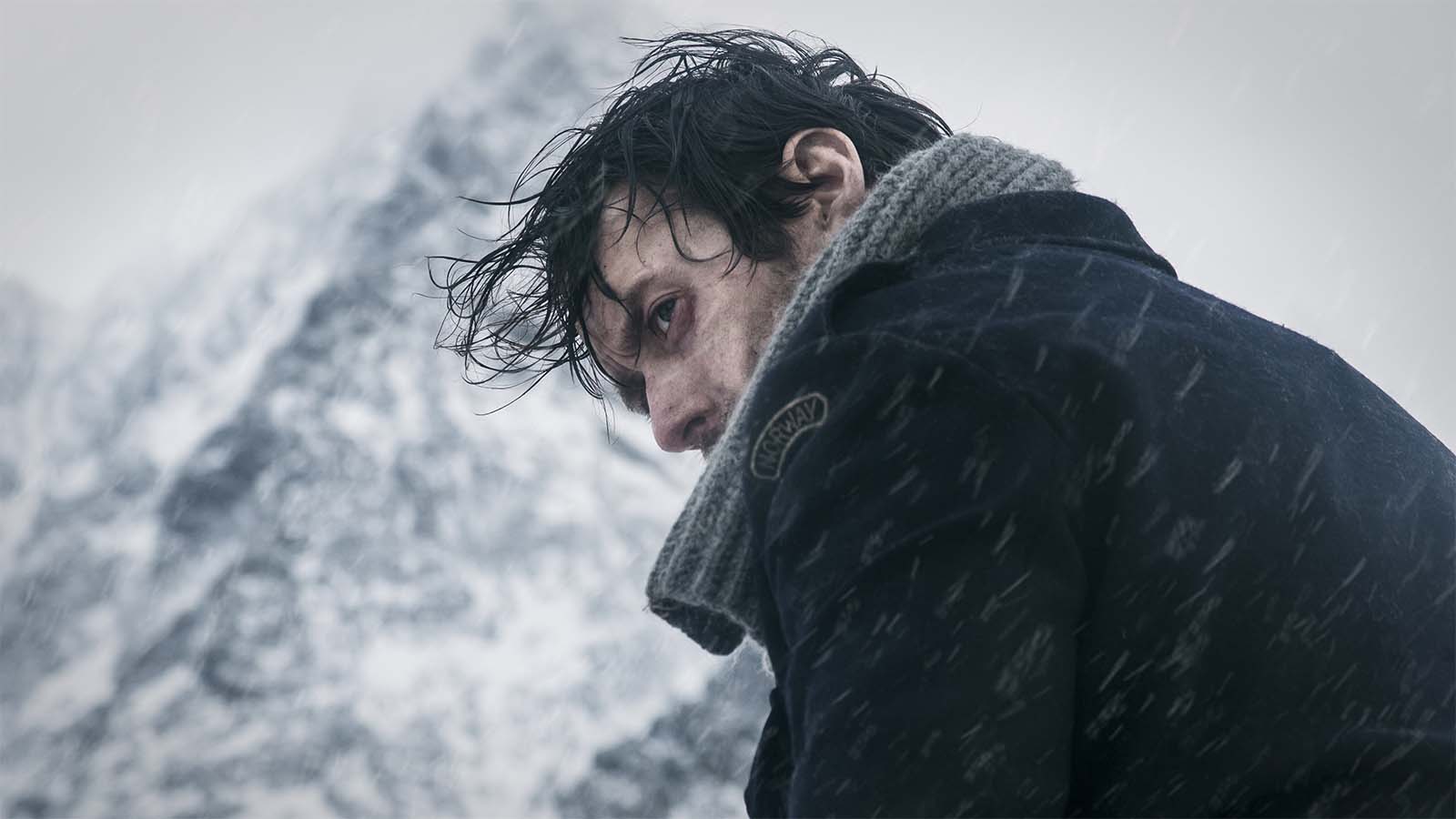 Taylor Holmes
featured
May 12, 2018
How Close to the Actual History is the Amazing Movie The 12th Man - or how a movie showed me that a pucker factor of 12 could be reached and maintained for almost an entire movie straight. This movie truly is out of control history. IMDB
Screenplay
History
Action
Acting
Reader Rating22 Votes
4.7

Watch the 12the Man online at these streaming locations:

I just finished watching a movie – why sure I don’t mind telling what movie that was, it was The 12th Man actually – and I think I lost feeling in my nether regions from the sheer pucker factor this movie put me through. Man. For those of you that enjoy history movies, this movie is definitely for you. And heck, if you just like taut, really stressful survival stories where one of the natural elements is Germans with machine guns and attack dogs? This movie is definitely for you. Let’s just assume that if you are a reader of this blog, then you will definitely enjoy this crazy real life World War II run or die story.

So yeah, if you haven’t had a chance to see it yet, you definitely need to rent a copy and watch it presently. Like right now – heck, I’ve even got all the current locations you can watch it online right here for you! I know, I’m so giving:

But the question of the day?!? Is The 12th Man historically accurate? Because this thing is so incredibly crazy, they all but included King Kong and a few Sasquatches along the way. So why don’t we do a spoiler filled walk through of the movie, and evaluate the various assertions of this movie from start to finish. With that in mind, if you haven’t seen it yet, you really need to go follow that link above and watch it. Sure, you could buy the book and read it too… it is history after all. But man, this movie is something to be seen to be believed. Here, don’t believe me? Check out the trailer:

We’ll move through the movie front to back, and as we go, I will point out from my research the differences between the movie and the historical account – which, I have to say, for a movie, there really aren’t many. This historical account doesn’t need a ton of bulking up. Its an outrageous story all by itself.

The movie opens with 12 men in a boat attempting to escape from the chasing Germans right on their asses. But the movie gives us scarce idea as to the why’s and the how’s later on the movie doubles back to explain a little more. But from the historical account we have a bit more to share about the flub that got them in this position. It all started back in 1940 when Jan Baalsrud was fighting in Vestfold Norway and was captured by the Germans. Soon after he escaped to Sweden, but while in Sweden he was convicted of espionage and expelled from the country. Then having traveled through Soviet Union, Africa, and the United States, he made his way to England. By then it was 1941 and it was there that Jan joined the Norwegian company Linge. It was then, at the outset of 1943 – the coldest part of the year – that Jan, three other commandos, and a boat crew of eight launched out to destroy a German air controller at Bardufoss. (Other accounts have it that they were really looking to destroy really anything that helped the Germans control the northern sea which was a desperate bottleneck for the Brits.)  They were also going in search of other Norwegian resistance movement members.

But their mission was thrown into disarray when they reached out to their contact within the resistance movement. Only problem? They got the right name, but the wrong person. And this other contact? He was not sympathetic to the resistance movement. It should be noted that in the movie, their contact was dead and their information was old. Which, I fund funny in that they didn’t want their resistance members to look stupid, or accident prone. Which, I have to say just shows them as human and even more sympathetic to. Well, regardless, the morning after? their fishing boat, the Brattholm – which still contained 8 tons of explosives for their attempt at blowing the air control tower – was quickly under fire by a German boat. The Norwegian Resistance crew, using a time delay fuse, blew the boat and fled on a smaller boat. But, unfortunately, the Germans sunk the smaller boat soon after.

As the movie continues on, the men all swam ashore in the freezing waters. (Probably the biggest divergence from the truth was that Jan swam 70 yards to get to the shore, and there was no straight crossing that he did (“No one’s done that even in the summer before.”) But I don’t want to take away from Jan’s real life efforts and incredible heroism, just trying to find the truth of the account.) But of the eleven men, Jan was the only one to avoid being captured. Jan managed to escape into a gully, from where he was able to shoot and kill one German Gestapo officer, and injure another. The ten men that were captured were tortured for an extended time before they were executed. After this point, Jan was able to flee and spent an extended period on the run from the Germans who were getting ever more desperate to find Jan as his survival became more and more of a symbol for besieged Norwegians despite the chaos of severe frostbite, hunger, et al. And it was his deteriorating condition that made him look for help from Norwegian sympathizers to assist him.

The movie did a great job of showing this worsening condition and the horrifying conditions he was under. The constant threat of discovery. The constant hunger. And the fear of gangrene creeping up through his veins and to his heart. This fear was so distinct in real life that he actually drew his blood from his feet thinking that this would help. And while he was in Revdal, in the hut he called the Hotel Savoy, Jan cut off nine of his 10 toes. By the way, he wasn’t shot in the foot in real life. His feet had enough difficulties without being shot in his big toe. But it was his own emergency surgery on his toes that in effect saved his feet.

One of the most surprising, and actually undrated moments in the movie, was the fact that Jan was left, almost dead, high on a plateau, stuck on a stretcher, under a rock outcropping, and behind a snow wall, for… wait for it…

In the movie, they make a big deal about getting the drop location of Jan wrong. But it was actually just a necessity due to the weather and the German patrols in the little town of Kåfjord. Eventually though, the resistance was able to put him in the care of a few northern Fenno-Scandinavian people. They then used a reindeer to pull him across Finland and into Neutral Sweden. And it was there in Saarikoski Sweden that Jan was collected by a seaplane and then taken to Boden.

Jan recuperated for seven months there in Sweden before he was taken back to Britain. And it was in the movie that the secret information that the spies had definitely was played up more than in reality. One of the only really big red flags I had while watching the movie. The information in Jan’s head couldn’t have been THAT important that it could have survived months going stale in the mountains of Norway. But that’s just me. So when I read that that wasn’t actually a thing it made sense.

After making it back to England, Jan worked with Norwegian fighters to train them as they headed back into Norway to continue the resistance against the Germans. Jan had an enormous struggle learning to walk again after losing his toes. But eventually he was able to walk again, and was sent back into Norway as a spy. Which is where he was when the war ended in 1945. And after the war’s end, he was able to travel back to Oslo in order to reunite with his family again. From the movie, I sort of expected to see that he married someone from his fugitive days traversing Norway. But I saw no evidence of this either in the book We Die Alone by David Howarth, or in online accounts of Jan’s travails.

My Thoughts On the Movie The 12th Man

I had a hard time watching this movie. From beginning to end it was a hard watch. And yet, I couldn’t turn my eyes away and I adored it. This smaller scale story with real human actors and real human concerns was just the most compelling things ever. Something that gets lost in a Dunkirk scaled story. This story had more of a Das Boot feeling going for it even though it was shot outdoors in the gorgeous countryside of Norway. (Maybe a better comparison would be The Revenant?) Every turn was blocked for Jan. Every moved tracked and traced.  The screenplay highlights this desperation that the Norwegian patriots must have felt when surrounded by Germans and backed up against the wall.

This story was not a story I knew anything about before coming across this movie. Which added to the richness of it as I watched. (Unlike Dunkirk and other WWII stories that have unfortunately been told and retold in various formats.) And when I dove into the history of the actual events I was shocked to learn that the real story possibly was even more impressive. Sure, a few of Jan’s feats were over embellished. But over all? That did a really fantastic job telling Jan’s story. What did you think of this outrageous human survival story?

Where to watch The 12th Man