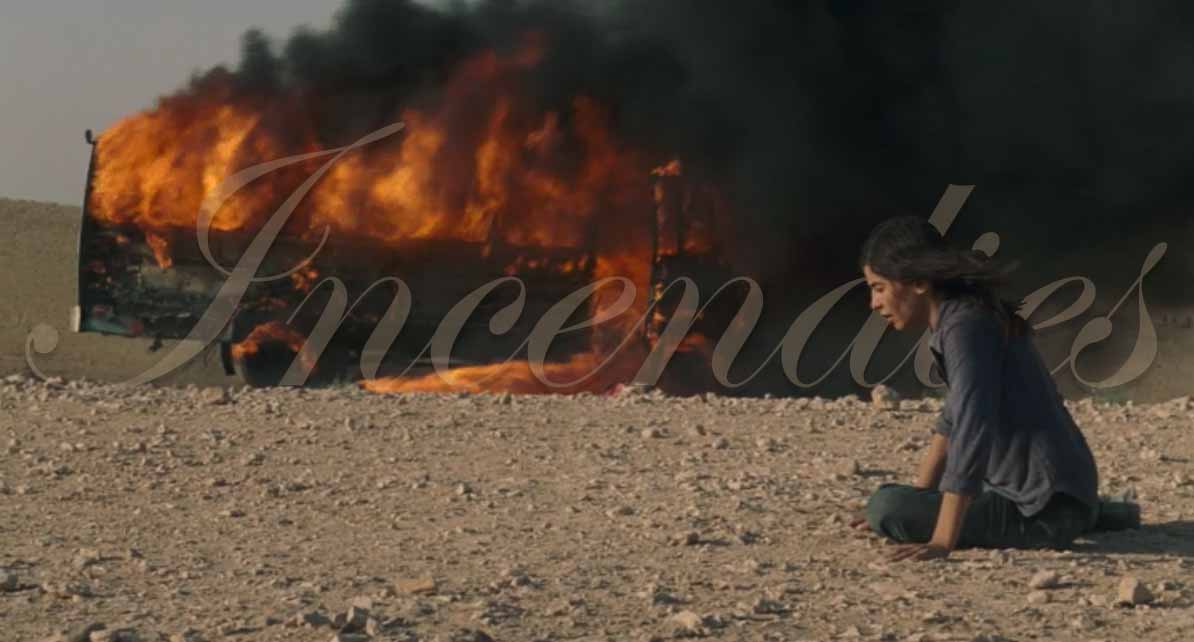 Taylor Holmes
cinema
June 16, 2018
Let Me Explain Why Incendies is the Intense Mind Job Movie You are Looking For - or how sometimes we all need to be completely crushed by a story. IMDB
Screenplay
Acting
Characters
Action
Editing
Reader Rating13 Votes
4.9

Oh. Holy. Night. I just finished the movie Incendies – thanks Imraz for the tip, I seriously owe you one now – and I’m still reeling. You guys regularly recommend movies that just dash my head against the rocks and blow my mind. But this is on a whole ‘nother level. Imraz, the thing that tipped me to watch Incendies was one name: Denis Villeneuve. No? Come on guys! I’ve been working with you and working with you! Denis is the new Shane Carruth. He’s the new Chris Nolan. When his name is on a movie poster just go. Pee Wee Herman is in the film? Doesn’t matter. Trust me. It’s going to be amazing.

Denis Villeneuve, he’s nobody, he just directed Blade Runner 2049, Arrival, Sicario, Enemy (let me be super clear here, I did a deep deep dive of Enemy, and then upgraded my server and lost it. That was one of the most difficult write ups I’ve ever done… and I don’t have the will power to do it over again… but oh wow, Enemy is amazing), and now Incendies. Literally, if you haven’t seen any of these movies you basically get a free promise from me that you’ll love them all. That’s FIVE movies with a satisfaction guarantee. When was the last time you were guaranteed anything? Right. 5 fantastic movies brought to you by the master.

What is Incendies about? Wow. How do you sum up a mind job of this level of epicness? How. Well, the movie starts with a mother passing away. And in the will, their mother has stated that they are to find their father, whom they assumed was dead, and also find their brother, which, they didn’t know existed. And when they do that? Then they will be given a letter for themselves. And then they’ll be able to mark her grave. But, trust me, this little job, is going to be a LOT harder than they realized. And, did I mention that I’m still reeling? Yeah, I’m still reeling. What a hardcore and intense mindjob of such epic proportions. So so good. But don’t go in expecting a giddy happy ride. Because that isn’t going to be happening here. Thank you very much.

If you must, feel free to check out this trailer. But if I were you? I’d skip the trailer and head straight out and watch it. (You can find it right here on Amazon. It comes and goes on Prime. But even if you have to pay 3 bucks? Watch it.)

Trust me. That trailer doesn’t do this movie justice. Just got watch it. I literally need to go walk outside. Go stand in the sun. Breathe in. Breathe out. I’m still not right in the head after this amazing movie. I remember thinking at one point, maybe 20 minutes in, “This movie is way way too intense too early on. It literally cannot sustain this level of intensity.” Oh, but Denis? You just took that intensity knob, and just kept cranking it up until you snapped the knob clear off the dashboard. How? And he even considered doing this movie as a silent movie! hahahah. I kid you not. Anyway… let’s unpack this movie from beginning to end… and talk this thing through. Because wow.

The reason, I am certain, that Imraz mentioned this movie for THiNC. to discuss is obvious. Before we even get to the ending, this movie is confusing. There are numerous timelines, some simultaneous, some years apart, some with different people, others the same – with aging and other effects to affect their features. Oh and then because of the ending. (But we’ll unpack that way way down down this page. For now, we have tons of other work to do first.) And usually I find that instead of generally recapping the overall movie as it comes to us, with confusing storylines like this one, it might be better to walk through the movie’s events in chronological order. (Or as best as I can figure it out anyway! hahah.) Because the movie actually starts in the middle, walks forward, then jumps way back to the beginning, and then leaps back forward towards the end, and back and forth, until the stunning reveal. Right? Well, for some of us, that is way way to difficult to track. So I’m going to give a chronological exposition a go. Please help me if you see something messed up or out of order. (But do it kindly! hahahah.) But seriously, reading this outline like this?? Oh man, it will ruin this movie. If you haven’t seen it, turn back now!!

That is one jacked up story line. And I’m literally not certain that Shakespeare hasn’t returned from the dead to create this amazing script.

Denis went way out of his way to abstract the movie out from the historical context. The country that the movie was set was a fictional middle east country. The town names? All made up. The prison? Fictional.  But, Villeneuve’s script was based on a play with the same name, as I mentioned before. This play was written by Wajdi Mouawad, and that story was derived from experiences of Souha Béchara. Souha was a Lebanese activist that was similarly tortured while in prison after a failed assassination attempt of a general backed by Israel. The detention center in Souha’s case was named Khiam Detention Center, and her time in prison included six years in solitary, and only one meal a day. If you are intrigued by her story, she wrote two books about her time in Khiam called “Resistance: My Life for Lebanon” and “I Dream of a Cell of Cherries”.

But What Is This Incendies Thing All About?

Denis Villeneuve’s Incendies is based on a play by Wajdi Mouawad of the same name. And this tangled tumult of a story is not so much a story based in reality, but more closely walks in line with a Shakespearian tragedy. Replete with shocking revelations, murders, double-crosses, and allegiance shifts, the movie is here to hammer home one message, and that message is clearly communicated in the form of letters from their matriarch long after she is dead and gone.

In Nawal Marwan’s message to the father: “You’ll become silent, because everyone is silent before the truth.”

And in Nawal’s message to the brother: “Your story begins with a promise, to break the chains of anger… to wrap you, and console you, and sing a lullaby over you… nothing is more important than being together.”

So ultimately, Nawal wanted to find her son, her husband, her abuser, and to reconcile. But if you see Nawal as a picture of perfection and grace you are missing it. Yes, Nawal was forgiving. But she definitely also needed forgiveness. I mean, she did, after all, murder the head of the Christian rebel groups. She was just as much in need of forgiveness and reconciliation as the rest of them. She was dying to be loved, like the rest of her family.

But look at her story. She has her refugee soul mate murdered in front of her eyes. She is almost killed as well by her family. She gives up her son and spends her entire life searching to find him. She murders the leader of the Christian rebellion. And she is terrorized in prison for fifteen years during which time she is raped and tortured repeatedly… ultimately by her son. And she gives birth to two children, that are almost drowned in the river. She’s reunited with them and moves to Canada. In a coincidence that the gods must have coordinated, she stumbles upon her son at a pool. And then falls into a coma and dies. If that isn’t the most tragic story ever, I don’t know what is.

And yet she is desperate to find her family. To find home. To find love.