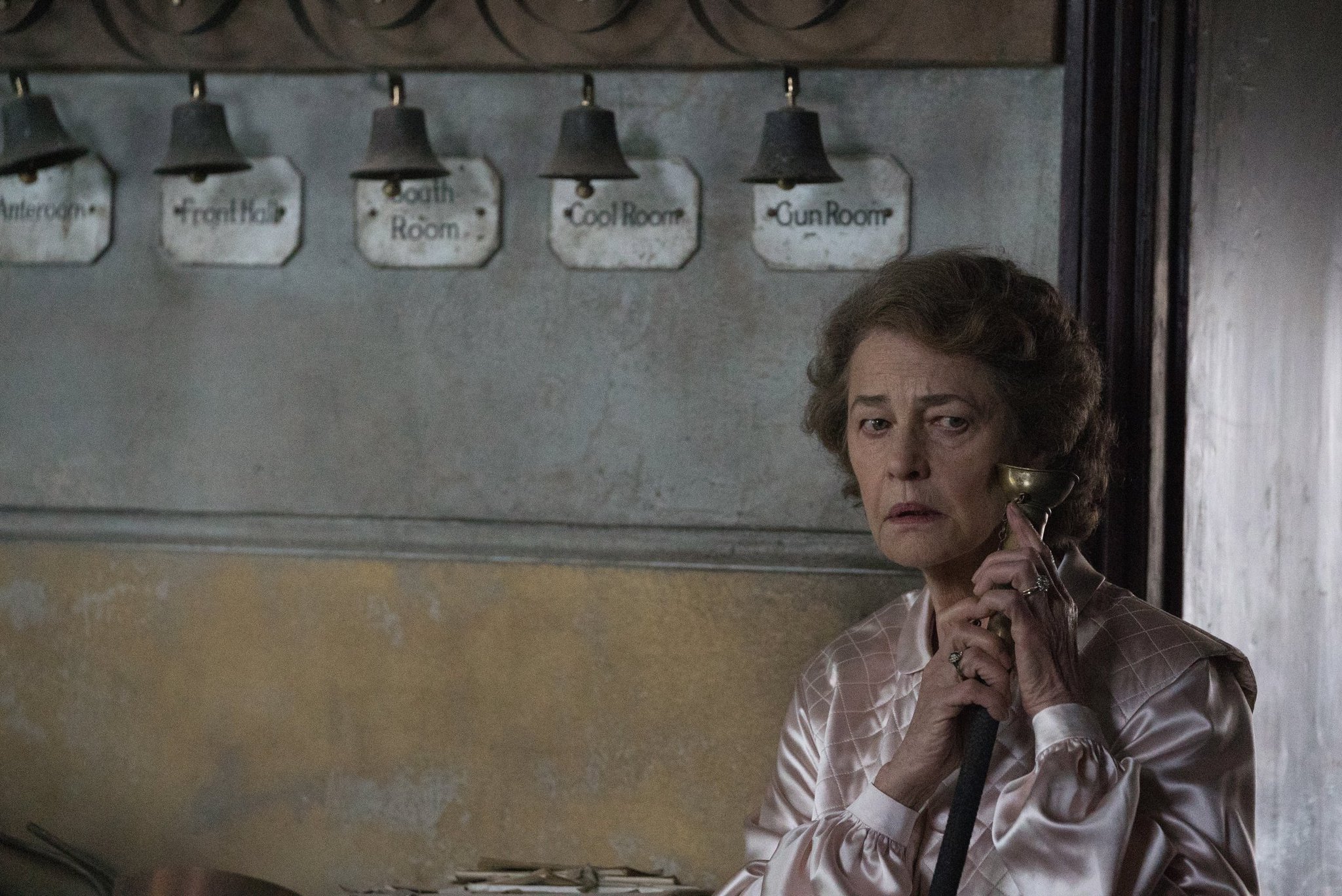 Ending of The Little Stranger Movie is inscrutable

Taylor Holmes
cinema
November 20, 2018
Ending of The Little Stranger Movie is inscrutable - but oh, so tightly wound. And oh so deliciously released at the end. I thought it surprisingly good. IMDB
Screenplay
Scares
Acting
Action
Mindjob
4

For those of you who haven’t had a chance to see it yet, and don’t know what The Haunting of Hill House is – or maybe even I am the Pretty Thing… then basically the story is a slow boil, centering 100% an estate called Hundreds Hall. The house used to be a glorious manor, but has fallen since its heyday. Dr. Faraday has recently returned to the area, and has found himself caught back up by the tidal call of the house. Oh, and the manor could also possibly be haunted? Here’s a trailer, but I promise you, you’ll be happier with this movie if you go in blind.

Ok. So yeah – The Little Stranger. Check it out if you think its your bailiwick.

Quick Walkthrough of The Little Stranger

Hundreds Hall, an 18th-century estate, is now owned by Roderick Ayres, a scarred ex-air force pilot who served in World War II. His mother, Mrs. Ayres, seems to be perpetually mourning her first child Susan (who went by Suki), who got sick and died years ago as a child soon after the Empire Day festivities (99 bottles of beer on the wall). Roderick’s only living sibling is Caroline, the most normal of the three residents of Hundreds.

Dr. Faraday is called out to the house in 1947, to hear from Roderick who believes there is a spirit in the house that despises him. Betty, the maid, also is certain that there is something evil in the house. Faraday, on the other hand, believes that if there isn’t empirical evidence to support something, it doesn’t exist.

Faraday continues coming out to the house to treat Roderick’s burns. And after being invited to an upper crust party, a young girl is mauled by a dog behind the curtain. Was it the dog? Maybe. Could it have been something else? Well, sure it could. Soon though Roderick goes full-bore The Shining (minus the axe) and freaks out about the house. He’s certain that it is 100% haunted and totally after him. Full-tilting, Roderick lights the library on fire, determined to get back at the house. With that, Roderick is sent off to an asylum, (98 bottles of beer on the wall.)

Eventually Caroline and Dr. Faraday begin spending more and more time with each other. And it is eventually assumed that the two will eventually get married. But Caroline is certain that Mrs. Ayres will not allow them to marry and live in the house together. But WHY? Wouldn’t Caroline be the heir of the house now that Roderick has tilted? Um, no, and that’s 100% because Faraday was born a commoner. (And if you thought that wasn’t that big of a deal, you totally, completely, and without reservation, did not understand this movie. Don’t worry though, we’ll talk more about this momentarily.)

But Mrs. Ayres, is tormented now too. First it was Susan. Then it was Roderick. And now it is the lady of the house. When S’s begin appearing scraped into the furniture all over the house they are worried that it is Susan that is tormenting them. Then there were crazy occurrences with the maid service bells. And then one day, Mrs. Ayres carves herself up with the glass from the frame of Susan’s picture she busted out. (97 bottles of beer on the wall.)

So that leaves, Caroline and Betty. Oh, and Dr. Faraday. But Caroline basically comes out and tells Faraday that she’ll never be happy with him. And that they wouldn’t be getting married. WAIT WHAT? Faraday, is agog. Yeah, that is the perfect word for it. How could this be happening to him? And worse? Caroline is packing up the house and planning to sell it and the land. The glory days of Hundreds Hall are now officially over.

But one night, after packing, Caroline hears things up on the upper floors of the house and goes to investigate. When she gets there she sees an apparition of some sort. And she says – and I quote – “You… you…” and backs out into the abyss. She falls to her death. (96 bottles of beer on the wall.) As the movie ends, Betty testifies that just before her death she was the happiest she’d ever seen her as they packed to leave. But it was Dr. Faraday’s testimony that inferred that it was most likely a suicide, as her mind had been clouded for some reason.

The Ending of The Little Stranger Explained

Can you please put a bookmark in this idea that Dr. Faraday was an outsider? That he was a stranger to the world of noble society? Great. Because that is important as I mentioned before. Now, flip mentally to the beginning of the movie, remember when young Faraday visited the grounds for the 1919 Empire Day festivities? And how he full-on angsted right there on the grounds? He was 100% left out by Suki. He was whipsawed by his mother’s right hand after she learned he stole an acorn from one of the Ayre’s family mirror frames. Flip now to the comment that Faraday’s colleague made about the classic definition of a poltergeist. He was saying that the young are capable of really intense passion, intense enough to invoke a poltergeist. Ok, now, jump forward, and place another bookmark in the moment when Dr. Faraday stopped in the woods and had a complete meltdown in his car. Remember the screaming echoing that was reverberating through the house that was coming from Faraday? Now that we have 27 different bookmarks stabbed throughout this movie, we can now review what happened at the end.

Caroline goes to the top floor, sees young Faraday. He does nothing but walk towards her. Caroline slowly backs away, until she steps off the landing and down to her death. Faraday, the young and Faraday, the old, basically manifested themselves into the house through a sheer force of their will. Originally, young Faraday somehow, caused Suki’s death through his anger by how he was treated as an outsider in the world’s greatest location on earth. Faraday had the opportunity to leave, and go to London. But he wanted nothing to do with London. He wanted the Hundreds. And through the deaths of Suki, Mrs. Ayres, and Caroline. That allowed Faraday to testify that Caroline committed suicide, thus helping to gin up the talk of the house being haunted. Which, in turn, made it possible to buy the estate on the cheap. I mean, no one else wanted it.

Final Thoughts on The Little Stranger

The first hour and twenty… hour and thirty was all totally a slow build up. The camera’s perspective focused on Dr. Faraday as the truthful narrator. But we slowly begin to learn that we could have done with a better narrator. One not so vested in the story of Hundreds Hall.

I actually adored the slow build up of this movie. I’m sure it won’t suit most people. But I thought the acting was spot on. The slow crank turning of the movie was well paced. And then when we actually begin seeing young Faraday doing his work, it is truly creepy. And that HOUSE!?! Where did they get it? I would pay large sums of cash to sit on the landings and sketch glorious renderings of the walls, the banisters, the ceilings. I want to make mad passionate love to that house! Cough. Sorry. That might have been a little over the top. But you get what I mean. The location scouts earned their pay when they found that thing. Wow.

Anyway, I enjoyed it. What’d you think of it?