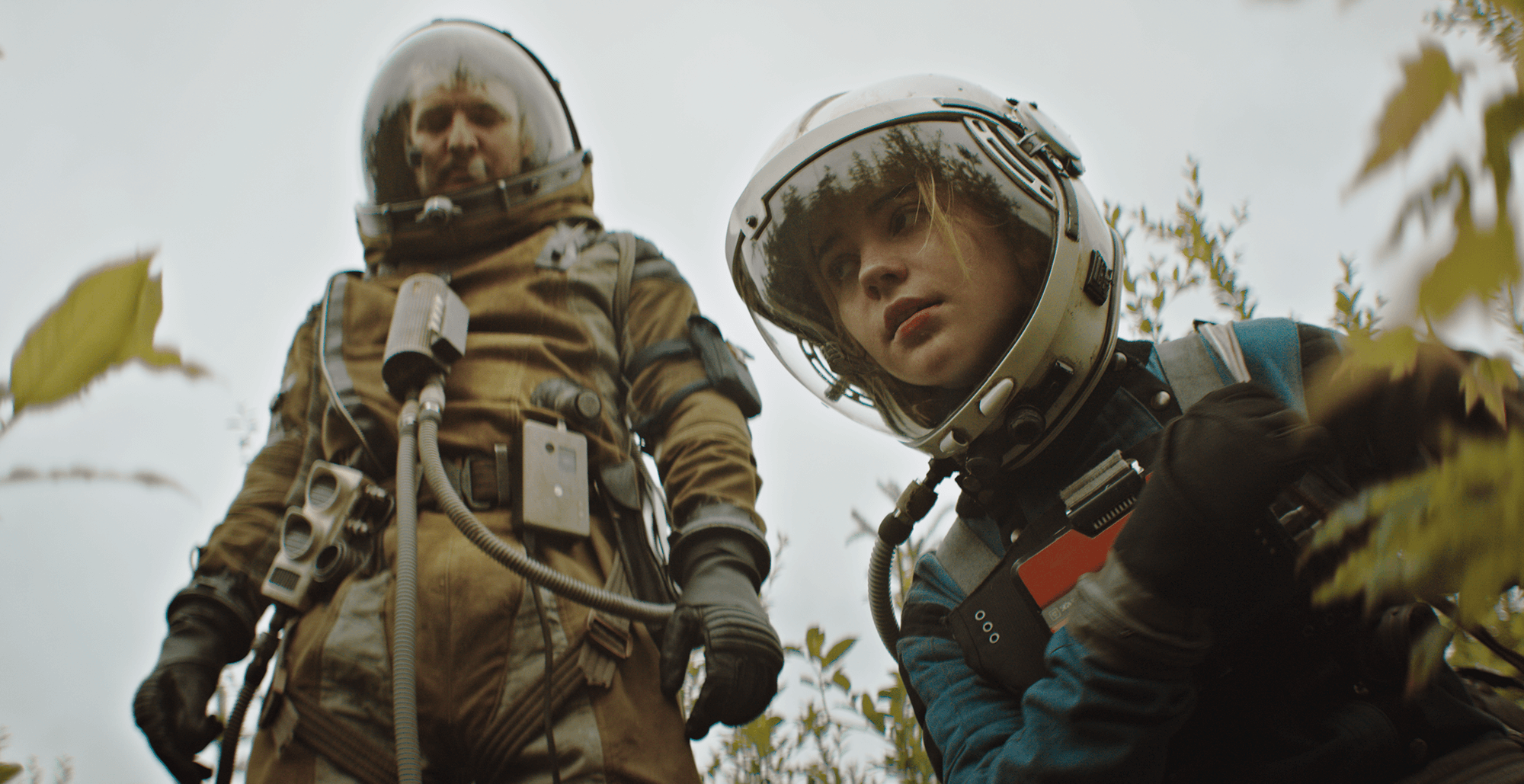 Innovative Indie Movie Prospect is Worth Your Time

Taylor Holmes
cinema
June 6, 2019
Innovative Indie Movie Prospect is Totally Worth Your Time. Because, heck ya, this is the closest thing to a second coming of the original Star Wars you'll ever see. IMDB
World Building
Screenplay
Action
Acting
Reader Rating0 Votes
4.5

I’ve never seen a movie like Prospect before. When the original short film hit YouTube, it was a sensation. Not only for its unique storyline, but more so for its atmospheric surroundings, retro-futuristic feel, and totally outside the box screenplay writing. So let’s get to why the innovative indie movie Prospect is totally worth your time…

Prospect, and its short film pedigree, reminds me of the brilliant little short film by Damon Russell called Cul-De-Sac, (Which, you have got to watch, right here.) where there are just metric tons worth of tension and layered nuance piled tight into a small movie. A film that is able to make sub-text, the text. Here too, with Prospect, we have just a gloriously lovely film, with enormous visuals, and a character arc to die for. Since when do we see young women plot-arcs of forgiveness and retribution? (Don’t start throwing movie title at me, it’s rare, but obviously not undone.) And better yet, you have enormously great actors. Sophie Thatcher as Cee, Jay Duplass as Damon (uh, The One I Love, yeah…he helped make that), and Pedro Pascal as Ezra (who apparently played the role of Oberyn Martell in GOT). Let me just say that these are three really fantastically good actors. OK? I adored the King James “Bad Guy” of Ezra. The Well Intentioned Father, “Good Guy” of Damon. And the Clueless Struggling Survivor of Cee. Anyway, here is the trailer, that, as always, you should skip, and just head straight here, here, or here, for the feature film. But whatever. You do you.

First things first, Prospect is a smart movie, for a smart viewer, that assumes you can figure things out as this fully built world unfolds in front of you. The screenplay writers and directors, Zeek Earl and Christopher Caldwell, think so highly of you, that they refuse to pander. We are introduced to a new planet, new norms of transport, and new commercial methods, and yet none of it, is even momentarily exposited for us.

Damon and Cee, father and daughter, are headed to the green planet of Endor (no, sorry, that isn’t right), to this green planet for a specific purpose, mining and riches. But when they are jumped by Ezra and his companion, and Damon and Ezra’s companion end up dead, it leaves Cee and her father’s killer, Ezra, to find a way to survive this chaos. And to make matters worse, there is something about their mothership not making any return trips to this planet, so their last hope for getting off this planet ends in 2 or 3 days. Did I mention they don’t go out of their way to explain everything? Yeah, because they don’t.

It’s the tension between Cee and Ezra that makes this film work. 100%. The obvious distrust she has for the man who killed her father drives them apart. And yet the desperation, and need for survival drives them to share an air line even. And ultimately, they decide that the only way to get off the planet and make it back to the last transport is to jump the guys awaiting them at the “motherload” deposit and take their ride. But when neither Ezra or Cee are able to safely extract the gems from their acidic pouches, everything goes sideways quickly. Ezra and Cee end up fighting their way out of the situation.

Prospect’s Foil Ending is about Forgiveness

The what here just doesn’t matter, but basically, one guy is killed and shoved into the motherload at an attempt at a cover up. Another miner is killed covering up the cover up. And in the meantime Ezra is shot, and assumes he is going to die. There was no real question here. Ezra was a dead man. And yet, Cee, made heroic efforts to save him.

Now, think about that for a second. Cee has her father killed by a man trying to steal their mined gems. She is now stranded on some backwater planet that no one is traveling to anymore. And here she is, stuck working with this man. And yet, she saves his life, not once, but twice. The first time by cutting his arm off in order to keep from poisoning his blood stream. And the second time by coming back to him, and helping him make it onboard their last chance to get off the planet.

The story arc for Cee is unbelievably rich. Watching her go from protected daddy’s girl, to self-surviving go-getter, all the way to forgiver and hero, all in one fell swoop? Just a really enlightened character arc. I’d do well to manage that level of forgiveness over the course of my lifetime, let alone over the course of 3 days.

Prospect would have lit Hollywood on fire, and revolutionized the entire industry…if it weren’t for one small movie called Star Wars. The world building on display here is second to none. Well, maybe, except for Star Wars that is. The old school futurism of the suits, the ships, the guns (throwers), the tech, the mining subculture, is all just gorgeously detailed. It’s so completely realized that it feels like a place the viewer could step through the screen into this literally real place. And as robust as the world is, the story is opposite world in its simplicity. It’s the story of injustice carried through to forgiveness. And really, what better story is there to tell?

If you are interested in watching the original short film that lead to this movie, you can find it below. I would love to talk through the details of the differences between the two. Personally, the full length version is so much better. But I don’t know, what did you think?