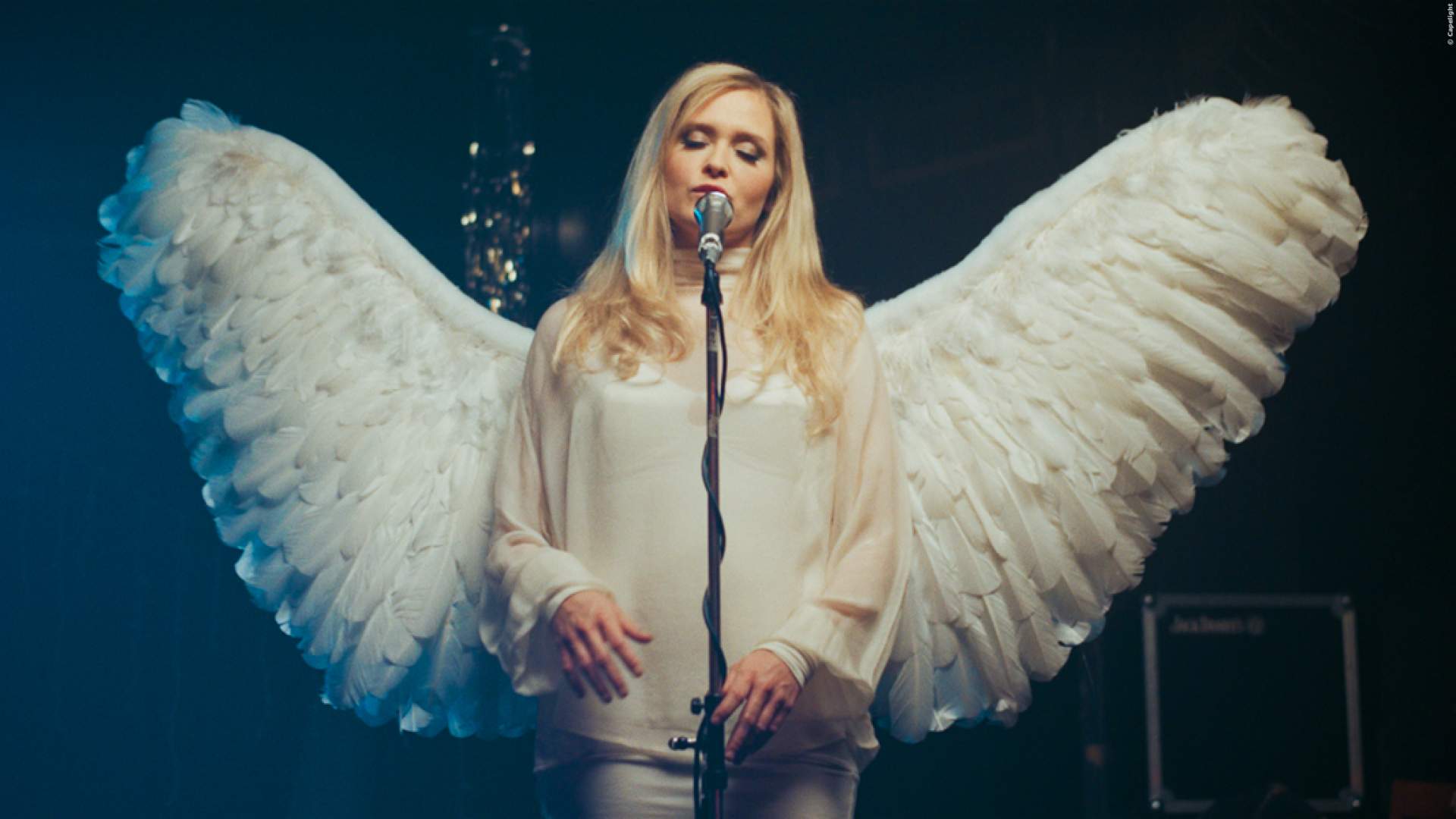 I have just finished watching the movie Snowflake recommended by PhilR (dude, I owe you a beer), and I’m dying to tell you why this German movie Schneeflöckchens is my New Favorite movie. ‘What is such a big deal about this crazy movie Schneeflöckchens,’ I hear you asking? Oh, nothing, except that it’s absolutely perfect low budget brilliance. Its got a stellar screenplay. It is so outside the box as to break your brain. And the acting is phenomenal. Hey, how about we trailer it up a bit – and then I’ll talk you through the high level bona fides of this particular film. So yes, Schneeflöckchens is my new favorite mindjob – which may seem like a stretch to you now…but trust me, you’ll soon think it your favorite as well.

This section will be spoiler free – because I’m not going to even come close to ruining this movie for you. I mean, it is my new favorite film of all time, after all. But the section below – discussing the film will be riddled with spoilers I’m sure, so do be careful OK?

Right, the movie begins by following two characters (who might as well be named Rosencrantz and Guildenstern, but instead are named, Javid (played by Reza Brojerdi) and Tan (played by Erkan Acar). Two brutal murderers living in a future Germany where life continues, but the police are incapable of keeping up with the enormous pile of atrocities and murders that happen day after day. Our intrepid murderers, Javid and Tan, eventually stumble upon an unfinished script that details the film that Javid and Tan are currently playing parts in. This realization basically sends them into a downward spiral, as the two of them are unclear what to do with themselves now that they have seen their future. Worse, one of their surviving victims hires a gaggle of assassins to pay Javid and Tan back for the murder of her family. And it is within the preordained strictures of this framework that this existential crisis unfolds.

Can Javid and Tan escape fate? Are they ordained to die for their sins? Is there any outrunning of God to be had? What is justice? What does it mean to be free? Oh, and why are we all here? This movie doesn’t lack for enormous questions. And the fact that we get to entertain these morass-like questions while chainsaws, and gunfire, are incessantly swirling about, makes the move all the better.

Thoughts on the movie Schneeflöckchens

It’s an interesting premise that backs in to a theological discussion of sin, and determinism in the most lighthearted of ways. (Well, bloodily lighthearted.) A dentist happens to be writing this incomplete script. And it is this dentist that Tan and Javid choose to go visit. And it’s during this trip that the dentist proves his bona fides to them both by even quoting their lines with them as they say them. So our dentist is our stand-in for God. An individual who knows the future of everyone in the script. He has the power of omniscience. Which, is curious, because there is another person in this script who touts himself as being God. But we’ll get to him in a minute.

Which brings us to Eliana (played by Xenia Assenza). The survivor of a horrific crime against her family, she decides that the perpetrators need to die. And that she would be immune of any repercussions because she is innocent. Which is an interesting topic in and of itself. Is vengeance ever justified? Are we ever right to take matters into our own hands and commit violence in order to level the scales? It seems as though, in this new and more violent version of the world, that the standard denizens believe that it is quite alright for violence to beget violence, as long as it’s in payment of other violence. Which, can I say, is a jacked up way to look at the world? And just that perspective alone taints our “perfect” victim. Causes her to be less than perfect, causes her to need forgiveness like everyone else in this film, even though she doesn’t realize it.

Here – I’ll show you what I mean. The movie kicks off with, and is punctuated by, an interview with a totalitarian type leader named Winter. Winter, it would turn out, is eventually blamed for the murder of a number his citizens through the deliberate burning of several apartment buildings. And two of the families found dead in these deliberate arsons? Tan and Javin’s. And from that prime mover, it is their desire to get revenge for the deliberate deaths of their families. From there, it is Javin and Tan’s unthinking murdering of Eliana’s family that sends her hunting for their deaths. And to go full circle, it is through Eliana’s interview with Winter that Javin and Tan get their evidence that he is in fact directly responsible for their family’s murders. Which then leads them to kill Winter in a grizzly fashion. And then that, following the chain of culpability, allows Eliana to have them both murdered per their previous agreement (which they had the dentist write in the screenplay). Confusing enough for you? And because of the fluidity of the screenplay causing problems in the previous portions of the script, it then required for the dentist screenplay author to die as well, in order to affix the future in stone. It is this cyclical logic that blew my mind. Violence begets violence begets violence begets violence.

The technical attributes of this film are unbelievable. I literally had no idea that this was an enormously low budget film. No idea. Zero. Probably because it was a German film it just didn’t even cross my mind. But it’s mainly because of the gloriousness that is the screenplay that hides the bondo and the duct tape that hold this small budget film together. And the acting! So good. Weird, and convincing. I loved it.

Have you seen the film? What did you think of it? Please, regale us with how you to nominated it to become your new favorite movie as well!!