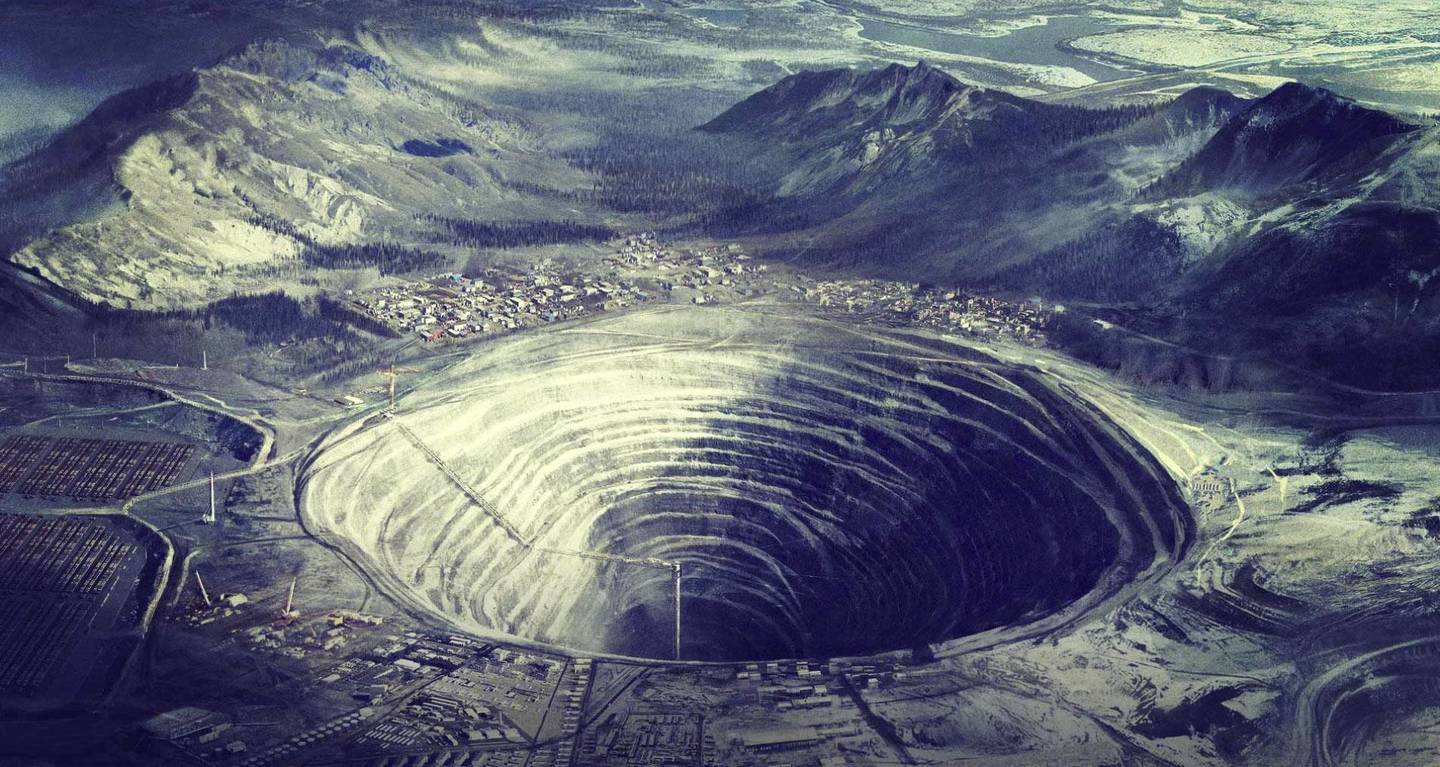 Taylor Holmes
cinema
December 5, 2020
Make the Ending of White Wall TV Series Make Sense - because I am not 100 percent certain that it does. Like at all. But we can talk about it?
Action
Mindjobness
Screenplay
Acting
Directing
3.7

OK, I just finished (hahahah – sorry – you’ll get it in two) the Finnish (cough) series investigating a mining facility where they are planning to store nuclear waste material. But, even though I’ve watched it from beginning to end, I’m not 100% certain I understood absolutely everything going on. So maybe we can work on that ending, and see if we can make the ending of White Wall TV series make sense.

Right now the show is only available in Europe, but I am hearing rumblings that it will be heading stateside? We’ll have to see. But regardless, from here on out this should be considered a spoiler filled no-fly zone. And after I walk through each episode, we’ll discuss that wild finale ending.

But before we do that – maybe you might like to know about a few other movies in this same space? Maybe I’d start with Arrival, possibly a little bit of the movie Frequencies? No, no, go with The Signal.

White Wall – Episode 1 – In a closed mine in northern Sweden, Lars Ruud is leading the work of creating the world’s largest final repository for nuclear waste. The project is delayed and activists are trying to stop the opening. One night, Oskar, a security guard for the dig, shoots an intruder. Shortly afterwards, a mysterious explosion occurs that kills three people on Lars’ team. His closest colleague Helen survives but does not remember much of the incident. When Lars goes down into the mine again, he discovers that the explosion has uncovered a white wall made out of some sort of unknown alien material.

White Wall – Episode 2 – The mysterious explosion has opened an inexplicable white surface…a wall of sorts. But in order to hide the finding of this unknown wall Lars Ruud must make excuses for the explosion. Which means not letting anyone in management know what it is exactly they’ve discovered. Magnus though, has been tasked with continuing to uncover the surface of the wall – but after being left alone with the wall for too long he has a mental breakdown. Eventually, Lars is able to persuade his colleague Helen (with whom he is having an affair) to go back down into the mine again in order to investigate what they’ve found. Meanwhile, Astrid, an environmental activist, who was shot by the security guard after flying a drone over the mining site, is being investigated by Oskar to figure out if the environmentalists are behind the explosion that killed three and injured several others.

White Wall – Episode 3 – Lars begins investigating a rumor that during the 1980’s, there was buried treasure down in the mine, but nothing was found. But the man handling the inquire about the areas mines is connected to the environmentalists. The white surface is exposed more and more and it turns out to be a huge white wall. Utilizing a new diamond tipped drill, Helen sends a sample of the wall to a laboratory for analysis. But their scanners and microscopes don’t work on the material. We learn that Astrid has been working with her father on some of the technical aspects of monitoring the dig, but he is impatient with just measuring the radiation, and wants to do something. Astrid begins to suspect that her father has swapped out a tracker for something else that she has dropped in the radiation storage facility. So Astrid contacts a security worker at the dig facility to tell him that A) she probably has placed something bad among the other trackers. B) that he should find it and claim the fame and honors. And C) that there is a mole among their group feeding the environmentalists information. And it becomes clear that Lars needs to decide between his wife and Helen.

White Wall – Episode 4 – The lab discovers that the wall is made of 96% carbon, and the other 4% is an unidentifiable material. So Helen invites her old Geology professor to come visit the wall to assist. Helen’s son comes down into the mine and gets close to the wall – and afterwards it changes his behavior. Lars has issues with his daughter Nicola’s study habits, and invites her to come stay with him at the mine for a few weeks to knuckle down and study. But after being there a little while, she begins to suspect that her father is having an affair with Helen.

White Wall – Episode 5 – OK, so, finally, we arrive at the opening, the grand finale ceremony wherein they inaugurate the radioactive repository and storage facility they have worked so hard to build. There is a party where Lars’s entire family participates. And, per their original agreement, they assume that after the opening, Lars will quit working there at the facility and finally fly home to Stockholm to live with his family. But, because of the chaos happening inside the mine (cough, you know, wink wink with Helen… NO! With the White Wall dangit!) Lars lets his family down and stays on. Also, Astrid, the environmentalist working to shutdown the facility, is concerned that her father Besse might be a terrorist who is intent on bombing the facility.

White Wall – Episode 6 – As episode six opens, inside the mine, a tunnel collapses near the white wall that reveals that the wall is more of a capsule than a wall. (If you were paying attention to Helen’s son who was constantly building a white thing with legos, we saw that he was always building more of a white room enclosure than a wall. And the collapse was as Christopher, Helen’s old geology professor, predicted. After the collapse Lars becomes almost rabid to find out what is inside of it. Lars is under the assumption that it will be a rational and scientific explanation but Helen, on the other hand, is ready to accept that this thing buried in the mine may not be comprehensible by humankind.

White Wall – Episode 7 – After a really shoddy six episodes of protecting the white capsule (I mean, there was a kid rubbing his face on it, it was the site of an explosion, a random geologist is down there, the security guard knows about it… everyone knows!) Helen decides to let the cat out of the bag and warns headquarters about what they have found. Lars though, books it to the wall and begins drilling a hole in it to see what’s inside. This ultimately causes Lars to get arrested. Management makes the decision to blast the cave where the capsule is in order to shut it off from the rest of the world and leave in unmolested. Oskar, wanting to know as well, helps Lars escape from custody as episode six ends.

White Wall – Episode 8 – Lars is clever. Don’t let anyone tell you any differently. Well, Lars finds another entrance down to the capsule heading there from a different direction entirely. And, continuing his intent to find out what is inside, he continues his drilling. Eventually he as able to finally penetrate the surface. As a result, some sort of liquid seeps out of the borehole. Lars captures some of the liquid (in a plastic water bottle – this is good science right here). He also touches it, and even tastes it! Hahaha. He then takes some of the liquid up above ground, where he is discovered and arrested again. Helen and Axel, overlooking the radioactive material field, watch as Axel sees liquid begin bursting up on the surface of Mars. While, simultaneously, liquid explodes in the storage field as well.

With regard to the ending – we don’t have a whole ton to go on. But we’ll walk through each detail one by one and then see if we can piece them all together to figure out what happened at the end.

Datapoint 1: The Capsule is made out of 96% Carbon, and 4% some unknown element mankind has never seen.

Datapoint 2: Lars touches the liquid. He also tastes the liquid, and smiles after tasting it.

Datapoint 3: Lars retrieves approximately 16 ounces of the liquid from the borehole in a disposable water bottle.

Datapoint 4: The Capsule then erupts the liquid into the mine, and up onto the surface of the mine.

Datapoint 5: Lars 16 ounces of liquid begins spewing up out of the bottle… expanding and multiplying?

Datapoint 6: Simultaneously, Helen’s son is watching a live feed on Mars, wherein he sees a similar liquid exploding up onto the surface.

The first question I have is, what is the liquid? We sort of get the impression that Lars didn’t taste anything crazy in the liquid. His smile sort of indicated that it was just plain old water. But he isn’t titrimetric and colorimetric  water testing machine or anything. Regardless, I think it’s pretty clear that he just thinks that the contents of the capsule was water. I think?

The next question I have is – um, WHAT?! Yes, that is officially question #2. If there is a capsule buried on earth for millennia, of an origin hitherto unknown by man, are we saying that this is where the planet’s groundwater comes from…like originally? Is that what we are saying?

The next thing we have to wonder…is whether or not these capsules are throughout the solar system? And is that what is happening? That this system of water distribution propagation is interconnected…….somehow? (Literally – some sort of intergalactic sprinkler system???) Is that what just happened? Because that’s the only logical conclusion I can come up with on my own anyway. That by boring a hole in the local water-bottle, he somehow exploded water on Mars. Maybe Saturn? What about Venus?

Okay, look – I literally have no idea what the ending means. But with the data we are given, I really can’t do a lot. But I think that is pretty much what happened. WHITE WALL – UNLEASHING THE INTERGALACTIC SPRINKLER SYSTEM FROM HELL!!! Eh? Which, brings up a good question…if the water in the water bottle was just creating water ad hoc, could that be like, REALLY BAD for the planet? Oh, and the solar system?

I literally have no idea what the ending means. Do you know what it means?