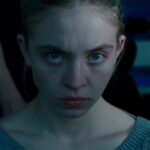 Nocturne on Amazon Dissected Unpacked and Explained - it's as if someone took The Perfection added a dash of satanic deals with the devil, and voila...
Screenplay
Action
Acting
Direction
Reader Rating0 Votes
3.5

Occasionally, someone screws up the courage to take music and cross-breed it with insanity. The Perfection was another great dive into the musical world of insanity. Well, today? Today is the movie Nocturne. This is a fascinating dive into the world of elite musical ladder climbing and it’s a fascinating watch. Let’s do this one – Nocturne on Amazon Dissected Unpacked and Explained. If you haven’t seen it yet – swing by Amazon to Watch Nocturne

… but don’t keep reading, as the rest of this write up is spoiler-filled throughout.

Before the movie even started, I was working on something else, and I knew I needed to put it down to pay attention to the open. And sure enough! Moira, a student at the elite boarding school, Lindberg Academy of the performing arts, plays the piano until the grandfather clock strikes, and then takes a swan dive off of her apartment balcony. She was also, apparently, carving things into her wall with a buck knife. Not all was well with our artistic friend Moira.

Enter Juliet and Vivian. (And if you didn’t already ascertain that Juliet was going to be our tragic heroine, you just are not paying attention at all. Juliet? Come on.) The two are twin sisters that are also attending the Lindberg Academy. And both are fantastic classical pianists – but, terribly, Vivian has already been accepted to Julliard, and Juliet, has not. It’s clear from the start that Vivian is a wunderkind and everything comes fairly easily to her. But for Juliet? Not so much. But buck up Juliet! A gap year isn’t all bad! I took a gap year of sorts in Europe and it was one of the best years of my life!! Don’t fret! (No one is listening… are they? Anyway.) Regardless, both sisters decide they will compete for the spot, even though Juliet thinks it’s a bit soon to be doing this after Moira’s tragic death. After some discussion, both sisters decide to use the same piece of music – Piano Concerto No. 2. But during the audition – Juliet passes out after having a vision, as she watches through an eerie dream, that another version of herself winning the showcase. But when she’s awakened, she learns that Vivian has won the competition.

Now, with the death of Moira, the school’s star student, the school leadership has decided that they would hold a competition to find her replacement at the yearly school showcase. The winner is all but guaranteed to be given a life of fame and renowned within the music world. So it’s assumed that the competition for her spot would be fierce. Soon after, Juliet finds Moira’s notebook, and notices the numerous weird symbols and scribblings.

In a desire to get back at her sister, who is obviously the world’s most jealous sibling, Vivian puts bloody tampons in Juliet’s mailbox which incenses Juliet. But Vivian blows it off like it was nothing – “Now we are even, right?”

Soon after, Juliet has a fight with her mentor, Roger, all over the issue that Juliet believes that Roger underestimates her abilities. Juliet is wildly offensive to him, calls him a deformed has been.The fight results in Roger smacking her, which ends with Roger being suspended. (You’d think he’d also be locked up, but what do I know?) But this gives Juliet the chance to work with the school’s best teacher, Dr. Cask. And it is Cask who is also mentoring Juliet’s sister, Vivian. Now, if you are not picking up with the movie is putting down, basically Juliet is extraordinarily jealous of her sister. Everything Vivian gets, Juliet wants. The showcase, Julliard, Cask. The main reason we know this is because Juliet chose the exact same music for the showcase competition. And with her failure, Vivian believed that the entire school now knows about Juliet’s extreme jealousy for her sister. Interestingly, Dr. Cask tells Juliet that she has the same talent as Vivian, but lacks the same drive and heart. He also tells Juliet that Moira played like the devil was in the room. And that music is a blood sport…that if she really wanted the spotlight, she would do anything to get it.

Juliet realizes that the mad scribbles in Moira’s notebook were actually because she was ambidextrous. She could write like Di Vinci. Which allows her to read Moira’s texts for the first time.

(Was step 6 the music and step she was on right before she committed suicide?) Regardless, later, Juliet sees texts from Max for Vivian, and sneaks out to join him at the senior party. She then flirts with Max, and it’s really really obvious that Juliet is looking to stir up some more chaos with her sister. But why? Well, because maybe she is ready to deal with the devil in order to get that limelight for real. While Juliet and Max are talking, she tells him that she has Moira’s theory notebook, and that it is talking to her, trying to teach her, to help her. Vivian catches Juliet, and a fight ensues. Juliet runs off, and Vivian chases after. Juliet stops when she sees the sun glowing in the cave that she saw in Moira’s notebook. But Vivian doesn’t see it, and she goes flying out into the abyss, and crashes in a heap.

In the aftermath of the the accident at the cave, we learn that Vivian has seriously injured her arm in two places, and that most likely, the injury will probably ruin her music career. With that, Juliet is given Vivian’s role in the showcase. I’m guess, Juliet really took Cask’s advice to heart…if she wants the limelight, she better be ready to deal with the devil to get it.

Eventually, Juliet is able to convince Max that Vivian had cheated on him after they had broken up. And she sleeps with him. Continuing her path towards world domination, Juliet kisses Dr. Cask at the dual twin’s birthday party. Cask though, backs her out, but Juliet let’s him know that she knows he was having an affair with Vivian. After which, Juliet destroys Cask’s once in a lifetime, very very prestigious trophy. Better yet, when she was talking with Max, she let him know that the events in Moira’s notebook are beginning to predict her future. That the events leading up to this moment have all been predicted, and she also thinks that it will also predict the future. But, because the last page in Moira’s notebook has been torn out, she can’t 100% be sure where all of this is going. Excitingly though!! She falls into a trance, and begins writing…sort of an automatic writing trance. Whoops though! The drawing she drew is now demanding a sacrifice.

Plowing ahead, skipping the sacrifice bit…Vivian finds Juliet and let’s loose about how her sister tried to take her out. How she completely sabotaged her entire music career. That she always wanted to be there for her, but somewhere everything went wrong, and Juliet stole her music, her teacher, and her boyfriend. Vivian finishes her diatribe by letting Juliet know she will always be nothing but meh. She’ll never amount to anything musically. And a little while later, during her recital, Juliet has a complete break down and runs for it. She makes it to the roof of the auditorium, and prepares to jump. But, just before she jumps, she hallucinates finishing her recital and has finished her performance. Better yet? She gets a standing ovation. Not just from the entire audience, but also from her sister. “Juliet… you are a star.” “Yes. yes I am…”

Cut to Juliet crashed on the sculpture. And we watch as the camera pulls backwards, and the student body on the quad just goes about their day as Juliet dies.

What Does the Ending of Nocturne Mean?

I think we can look at the ending of Nocturne and splice it 27 ways to Sunday. Ultimately though, you have to decide whether you think the ending is literal, or if it is figurative. You know? Are we watching a metaphorical, Aesop’s fable sort of thing, with lessons for life to be extrapolated and learned from? Or, are we literally watching as Juliet leaped off the building to her death? Personally, I think that it’s both. Because I never want to be pinned down, dang it.

As far as a literal reading of the movie goes – sure… Juliet found Moira’s notebook, became enamored with her skill and passion. She derails in her pursuit of fame, and eventually commits suicide after ruining her sister to get what she wanted. OK. Easy to understand. But she was also mentally derailed. She lacked the mental stability to handle the pressure and chaos necessary to survive the spotlight she was chasing after.

Obviously there were morality play lessons to be had here. There were numerous life lessons, and reflections on why it is that things went so very poorly for Juliet. Why? Because the movie is wanting to tell us what a dangerous thing fame is to chase after. And what an elusive, and deadly mistress that she can be. Worse, we watch as the closest of possible relationships – that of twin sisters – is torn to shreds because of Juliet’s jealousy. We watch as she actively chases after the bright light of fame, and that she is willing to make any deal with the devil she can. Vivian started as something of an aloof sister, but she didn’t hate Juliet. Conversely it was Juliet who dismantled Vivian piece by piece, actively and intentionally. She latched onto Dr. Cask, Max, the recital music, the hope of a Julliard acceptance, etc. And all just in the hope of becoming her sister.

BUT WHAT ABOUT THE ENDING? – she is literally there, on top of the sculpture… bleeding, dying. But no one can see her? Is that literally happening? Well, the main question here is whether or not you believe the other students could actually miss her there. And sure, it could be happening. She might literally be there, dying of her wounds. The more obvious message here is that Moira died – committed suicide – and Vivian stepped over her still warm corpse to take her spot in the showcase. Then, Juliet shoved her sister aside, and stormed her way to the top. We could see the bustle of the school as just one more realization that life moves on without her, as it did without Moira.

The only remaining question that I have is what was the sixth page of Moira’s journal? Invocation, Assurance, Triumph, Consummation, Purification… about the only thing that seems to make sense to me is Sacrifice. No?