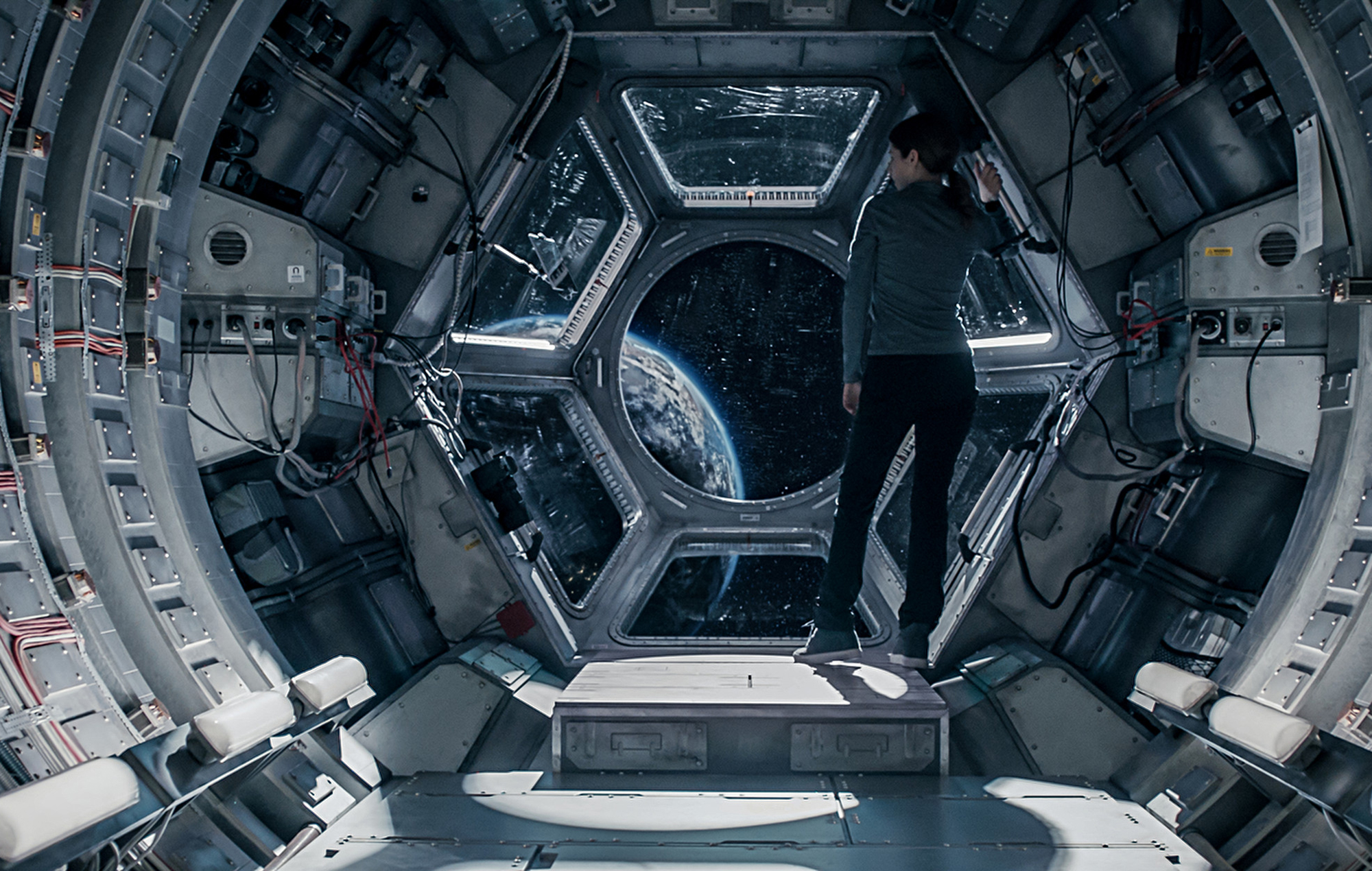 First, let me say this. (And this is super strange.) I was not a huge fan of the movie Stowaway. If you loved it? Awesome. I’m excited for you. And I can see how many of you will adore this movie. Great. Good. But me? I just didn’t like it. THEN WHY ARE YOU TALKING ABOUT IT?!?! Well, because I really enjoyed the philosophy flashbacks it gave me. And any movie that forces people to think, well, I’m intrigued about that action right there. Stowaway Netflix Movie Philosophy Lifeboat 101 – we should talk through why it’s worth thinking about.

Here’s the official description for the film: “A three-person crew on a mission to Mars faces an impossible choice when an unplanned passenger jeopardizes the lives of everyone on board.” The movie is a closed box movie that is set almost entirely in space. The film features the fantastic acting chops of Anna Kendrick, Daniel Dae Kim, Shamier Anderson, and Toni Collette. And if you aren’t aware of the old school Philosophy life raft exercise, it basically is this movie in a nutshell. There are N people in a life raft, but it soon becomes clear that the life raft can only hold N-1 people. How do you decide who should live, and who should die?

Literally, that’s what happens in the movie Stowaway. The rest of this post will be spoiler filled and should be avoided unless you’ve seen the movie. Which, you can watch right here.

It’s actually a little shocking that they made this movie into a 100-minute affair. I still don’t know how they did it. But basically, the movie kicks off with the launch of a two-year mission to Mars and back again. 15 minutes into the movie, the crew discovers an accidental stowaway on board. He’s been seriously injured, with a deep gash on his side, and a concussion. Worse? His fall (this detail was never adequately explained in my opinion) caused the carbon dioxide scrubber to break. This means that there won’t be enough oxygen to get out to Mars and back again. In fact, it’s so bad that there will only be oxygen for two people.

So, the math as I see it at this point in the movie is that there are four people, and the craft can only handle two. Two people are going to need to die at this point.

As the team work on the problem they make zero progress on solving this very basic math problem. Marina Barnett (Toni Collette, Knives Out, Hereditary), the captain of this mission, decides that David Kim needs to abandon his plant research and begin figuring out how to create oxygen any way that he can. The movie simplifies this problem, and his experiments, almost to a ridiculous level. He uses half of his plants, and it will create enough oxygen for one more life. He ultimately destroys all his research and it will create enough oxygen for all four. But very quickly, the second group of oxygen creating algae collapses and dies. And we are back to three lives.

So the math as I see it at this point in the movie is that there are four people, and the craft can now only handle three. One person is going to need to die at this point.

Not too long in though, David Kim’s first batch of oxygen-generating-algae also collapses. And now we are back to the ship only handling two people. But Zoe Levenson (Anna Kendrick) has an idea. “Don’t you think the rocket that brought us here would have left over oxygen…… or something??” So they decide that they should go check. But only after a crap-ton of hemming and hawing. But they do, and there is plenty. WHAT? PLENTY? Well, plenty of oxygen for two people. But only EXACTLY. (I’m sorry, yes, I understand 99.9% of the people watching this movie aren’t actually rocket scientists… but we aren’t all STUPID. It’d be lovely if you could stop treating us as such.) It will take TWO canisters of oxygen to keep two humans alive. (Come ON!) But half way through their expedition to get the oxygen, a CME – high energy solar flare that will kill them on the spot if they don’t get back to the ship right away.

Zoe, on the way back with the one canister they were able to grab in time (representing one life saved = three lives) crashes, falls, and loses the oxygen out into the vastness of space. (Read, back to two again.) All four people make it back to the ship, and shelter from the solar flare in time. But here’s the problem. Zoe started filling a canister of oxygen before she had to bail. It was leaking though. The seal wasn’t perfect. So, as they sit here, waiting for the solar flare to pass, the oxygen is leaking out into space.

So the math as I see it at this point in the movie is that there are four people, and the craft can now only handle two. One person is going to need to die at this point. But, if someone goes and gets the leaking canister, we could kill two birds with one stone (literally).

Zoe volunteers to go get the canister. Now, this will definitely kill her as she will be subjected to dangerous levels of radiation. But she knows that there is already going to be someone that will have to die anyway. Why? Because currently, the count is +2 people. And we are at +4 people. We need to minus 2, or, add oxygen to +3. And this is perfect, seeing as though she’ll be getting them to +3 while simultaneously -1’ing a crew member. Thankfully, she was able to get the canister and return it to the platform just outside the safe room. But the movie ends as she sits outside and watches the stars, as she is beaten down by blistering levels of radiation. She doesn’t even attempt to get inside because, even if she could survive the radiation exposure, she would put the other three crew members at risk by continuing to use oxygen.

But that isn’t the most interesting bit about the movie. My favorite philosophical moment of the movie is when the crew realizes that they have 20 days of oxygen before they will begin putting the entire crew at risk. David Kim realizes that eating into this buffer is stupid and in the middle “of the night” he grabs a syringe and tells Michael Adams (Shamier Anderson – Destroyer), the stowaway, that he is putting the rest of them at risk. First, was Kim morally right to tell Michael? Worse, was he correct in handing Michael a way to kill himself in the face of the inevitable? And should Michael have killed himself? Yes, I’m throwing a ton of question marks at you, and very few periods. Mainly because there aren’t answers for these questions. But I do think that if the Apollo mission had encountered this problem they would have worked diligently to save all three (or four, whatever the case might have been) astronauts. No? Maybe not. But I think they would have definitely used the last remaining bit of the buffer. Heck, they would have kept going past the red-line in order to give all the astronauts the best chance possible. Couldn’t Kim have used a remaining smidgen of algae to rebuild his colonies and try again?

Personally? I think there were way too many open-ended variables out there to justify murdering Michael. And yes, I think Kim was murdering Michael. Notice how many times the equation changed after Kim handed Michael the syringe. And would have continued to change even deep into this overly simplified red zone. (I once even wrote a short story entitled ‘The Silence,’ about two people on the verge of suffocating, that theorized sleeping to be a better way to conserve oxygen.) Heck, it’s already known that dropping the body’s temps will reduce the oxygen levels necessary necessary for brain and tissue survival. So, yes, if I were Michael, I would have cried foul on the entire enterprise. Why? Because if Zoe decided to work out, or had a panic attack, or just decided to breathe faster than normal occasionally, she too would be at risk. The math is just not this clean. Definitely not clean enough to kill anyone with anyway.