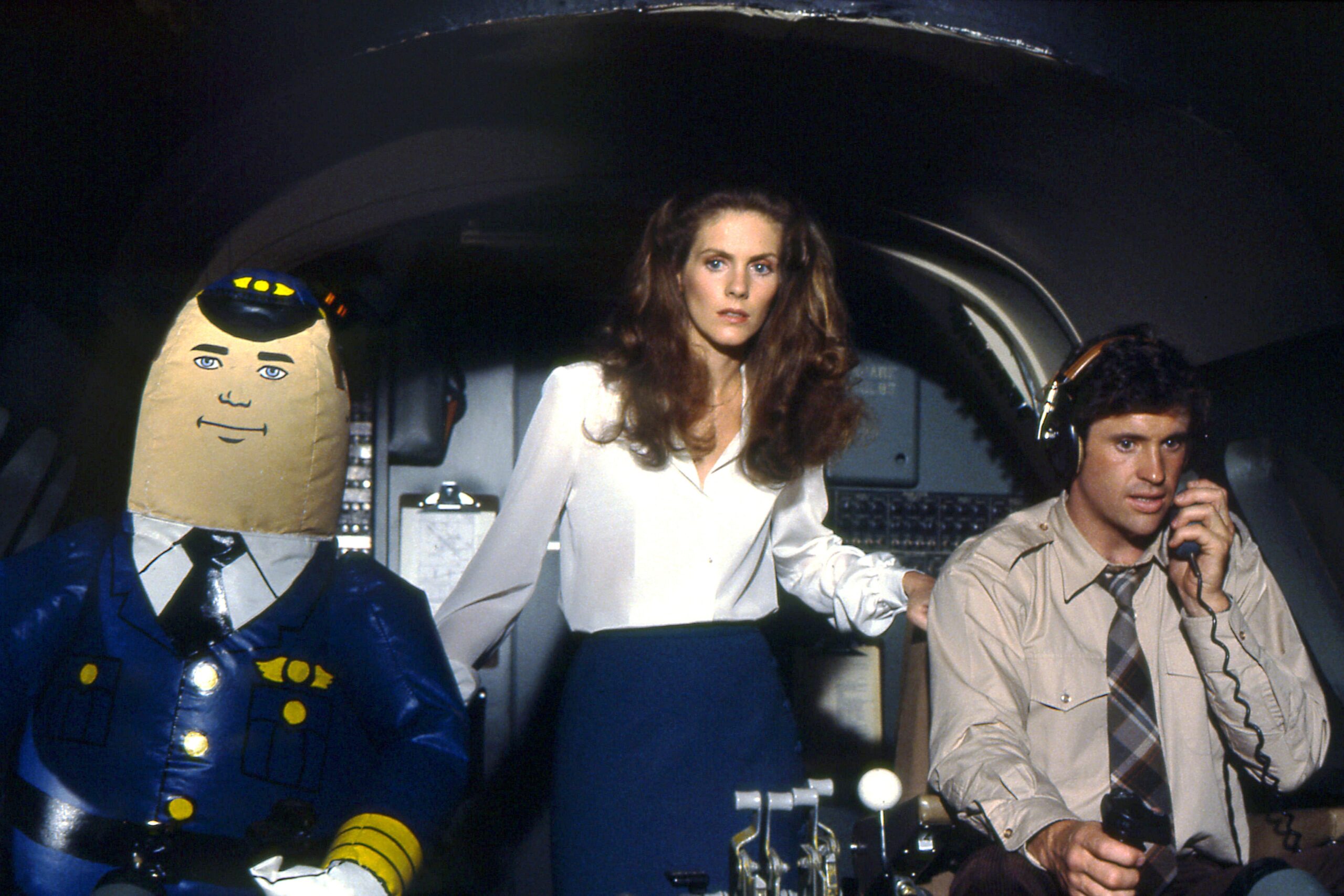 Top 100 Movies of All Time Airplane!

Top 100 Movies of All Time Airplane! We are working our way through the top 100 movies of all time based on this Hollywood Reporter list. Instead of doing low budget mind job movies for a little while, I figured it would be good to move through some “important cinema,” in order to see if we can learn something about what makes them great… or different from any other film. We’ve already done 3 or 4 so far, and you can find them all right here. And today we are marching forward with Airplane!. And I’m not looking forward to it AT ALL. I mean, I haven’t watched Airplane! in YEARS, and more than a little worried re-watching it will ruin it. But here we go! Buckle up, this could very easily be a really bumpy ride!

Top Movies of all Time Airplane!

So, Airplane! cost Paramount $3.5 million dollars, and brought in over $170 million. A stunning success by any measure. But over the years, it’s reputation has only grown and grown. Bravo ranked it as the 6th funniest movie in their list of 100 funniest movies. And I’d be willing to bet, that if you asked a random passer by what their favorite comedy is, a large portion of them will say Airplane!. I mean, heck, in 2010, the film was selected for preservation in the United States National Film Registry by the Library of Congress as being “culturally, historically, or aesthetically significant.” So, yeah, as far as humor goes… this is a pretty great movie. Well, it’s supposed to be anyway. I’m not really certain it will stand the test of time. Like I said… nervous. Alright, let’s dive into the film. Watching it now.

The story (do we even care about the story?) is about an ex-fighter pilot, Ted Striker, who is dealing with some sort of PTSD trauma from the war. But he has a horrible fear of flying, oh, and a “drinking problem.” A pilot with a psychosomatic fear of flying who has been unable to hold a normal job because of his time in the war. (That war footage is like from WW2? What is that?) But his wartime girlfriend, Elaine, she is now a flight attendant and she’s leaving on a new assignment, and isn’t planning on ever coming back. As the flight continues, Elaine continues to reject him. But when they learn that the fish was bad, and all of the onboard flight crew are sickened, it’s up to Striker to land them safely. The Autopilot (a blowup pilot – named “Otto”) will get them to Chicago, but it won’t be able to land the plane.

As the plane nears Chicago, the weather gets much worse, and it makes Striker’s job even worse. But with Elaine’s help as co-pilot, and Striker’s old commander from the war talking him through it, Striker was able to land the plane safely, with only a few minor injuries, even despite the landing gear coming completely off the plane. And as they realized they are all saved, Elaine gives Striker a kiss, reigniting their love for one another. As the movie ends, Striker and Elaine watch as Otto inflates a female auto-pilot, and they take off in the plane together. Obviously my walkthrough of a slapstick comedy guts the numerous jokes, and dead pan humor of the film. So I’ve pulled just a couple of the quotes from the film to give a feel for the sort of humor this film is all about:

Ted Striker : No, I’ve been nervous lots of times.

Steve McCroskey : What the heck is that?

Johnny : Why, that’s the Russian New Year. We can have a parade and serve hot hors d’oeuvres…

The Impact of Airplane!

Abrahams and the Zuckers, when they were at the University of Wisconsin-Madison, would take old movies and dub on top of them jokes over the original dialog. Apparently, “Zero Hour,” a disaster movie where an Air Force Pilot with various issues, has to take over the controls of a plane after a pilot becomes sick (sound familiar?). As the trio watched the movie more and more, they caught on to the idea that they could make a movie spoofing Zero Hour just by following its plot line to a T. The producers even bought the rights to Zero Hour in order to make the film that much easier to create.

While it’s pretty obvious that Airplane! had an enormous impact on film making throughout the years. Watching the film today, the impact might not be too obvious. What with its crass humor and vulgar jokes that were told in a complete deadpan. But in the past forty years, Airplane! created an entire fleet of similar comedies. Top Secret, Hot Shots, The Naked Gun (and all its sequels), The Police Movies (and its sequels), Spaceballs, Spies Like Us, on and on and on the influence goes. I personally didn’t think the movie aged very well, and definitely decided my own kids would not enjoy it at all… like any. But I had a blast flipping back through memory lane, and remembering my first time watching the film after it came out on cable. It was fun to reminisce, but I won’t be going back again any time soon. But now I want to flip open Spies Like Us… hopefully that one is on the top 100 list?? Surely? “Don’t call me Shirley!”