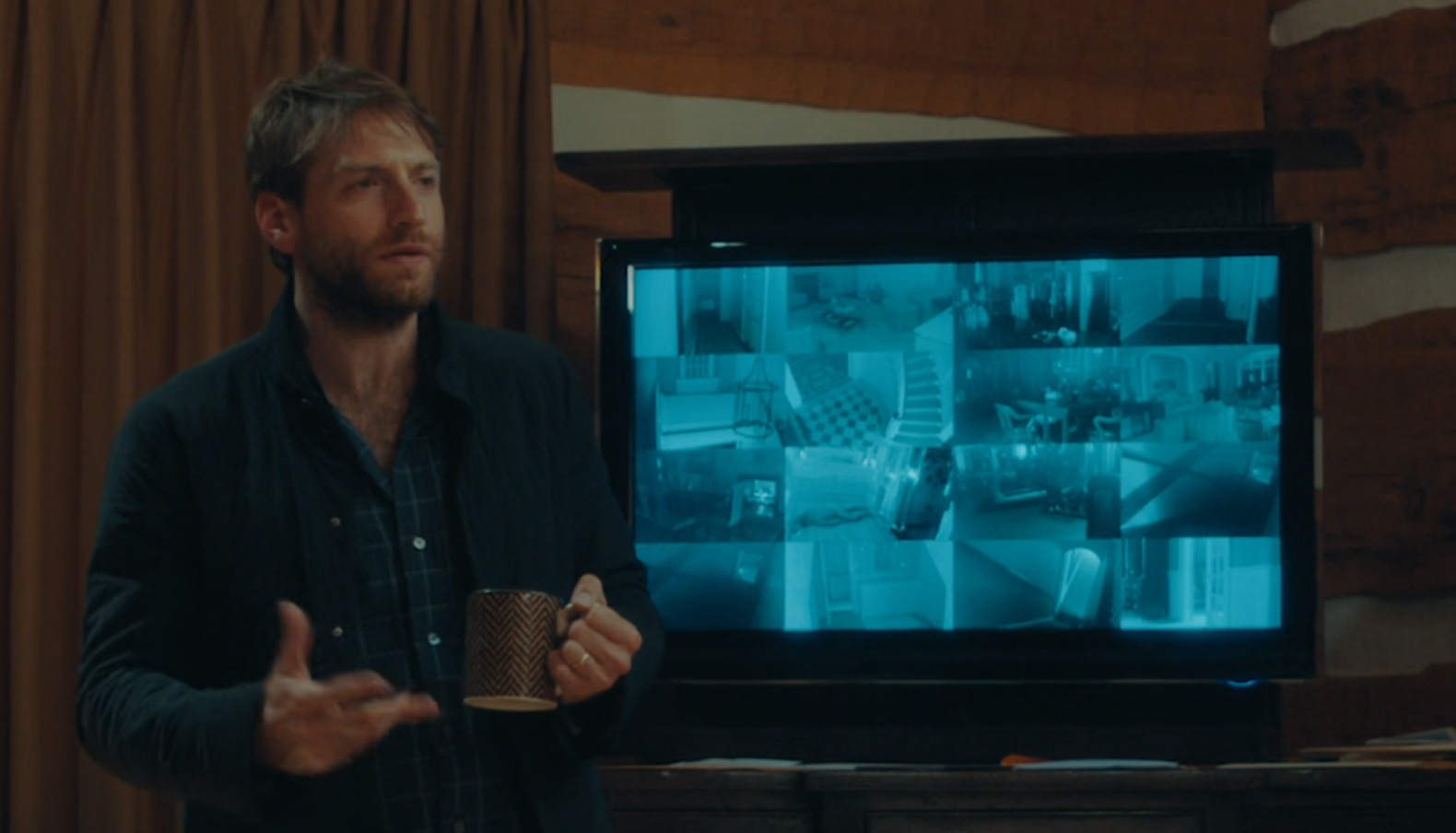 You can watch Long Lost at the following online locations:

Movie Long Lost Recommendation and Explanation. So, Long Lost might be a little too clever for its own good – BUT – it still does open a number of interesting questions that are worth our conversation and investigation. So, do I recommend this movie? Sure! This is is basically a Black Mirror episode of sorts. Maybe it should have been fit inside of an hour, but even so, I had some fun with it, and maybe you will too. If you haven’t seen it yet, here is a trailer, then click one of the links above, watch the film, then join us for the walkthrough, and also the explanation and insights as to how the ending makes sense at the end of the day.

Look, this isn’t Primer, or Donnie Darko. Heck, it’s actually a pretty simple Black Mirror episode. But it’s still a fun little movie all the same. It is a closed box film, but the closedness of the box is sort of irrelevant here. There are only four actors in this movie, and one of them is officially listed as “The Mystery Man” in the credits – hahahaha. Come on. Hahaha. That cracks me up. Anyway, still, a fun little ride if you are hoping for a bito’distraction. But remember, I ALWAYS give movies with 4 actors, and a single location lots and lots of bonus points… “THiNC. Benefit of the Doubt Points,” or TBODP if you are keeping track. Because, yeah, if you have the guts to go make a thing, and just want to have some fun doing it, I’m all about it.

The movie opens with Seth heading to his long lost brother’s estate. Seth was recently contacted, out of the blue, by a (half)brother he didn’t even know existed. Richard, said brother, has been watching Seth, and has been keeping track of him until he settled down, got a permanent address, and had started working on a podcast. Richard figured now was as good a time as any to invite his brother out, and invite him to live with him. Seth, who doesn’t have much else going on, decides to take his new brother up on this proposal. Great! And the house is some sort of mini-mansion (please tell me you read the blog McMansionHell? I mean, just this single image should sell you on its brilliance) extraordinaire. But quickly, Seth meets Richard’s girlfriend, Abby, and things go from moderately interesting, to confusing, to weird, to huh, what is going on here?

Seth picks out a room for himself, and settles in. Abby tries to let Seth know that his brother, though a bit strange, has his best interests at heart. But the next day as Abby hits on Seth, and Richard gets into meddling into Seth’s life, Seth decides he’s had about enough of this crap. So, Seth decides he’s leaving. But when he does, Richard pays Seth in cash to stay one more 24-hour period. Hrmm. Did he just cross the Rubicon? But over the next 24 hours, Seth pretty much avoids both Abby and mainly his brother. He works out, he spends time writing up a business plan for his podcast (which his brother pushed him to create), etc. Later that night, Richard is playing the piano, naked… uh. Weird.

And in the middle of the night, Abby jumps into bed with Seth and they talk. Seth is obviously worried about Abby. Why does she look really stressed every time it looks like Seth is about to punt on this whole experiment? She looks like maybe she’s frightened even? Seth wants Abby to leave, start her own multi-national company… leave Richard, and drop whatever hold he has on her. It’s pretty obvious that Seth has a crush on her, and he’s worried about her. But Abby only seems like she wants to jump in Seth’s pants… which, Seth shuts down. (Score one for the good guys!) And at the end of those 24 hours, Seth is going to bail again, but Abby tells him, sure, he fulfilled his requirement of staying around for a duration of time, but he really didn’t give Richard a chance. They trio play flashlight tag in the house, and Seth wins, which drives Richard bananas. But when it is Seth’s turn, he stumbles into Richard’s bedroom, and he sees a security system, wherein he watches as Richard drags Abby. Seth determines that Abby is at risk, so he runs to save her.

When Seth arrives, Abby is okay, but the shouting and argument with Richard spirals out of control. Seth is telling Richard to stay back with a pair of scissors in his hand. But then, Abby tells Seth not to worry, and tries to kiss him, and Richard and Abby try to get him into the shower with them. But SETH?? HE stabs Richard in the hand with the scissors, and when Richard comes at Seth, Seth pushes Richard, and he falls, hits his head, …. and dies. hahahah. I’m sorry, this is no laughing matter. Seth, understandably, comes completely unglued, and books it out of the house. But when he does, he notices that there is another house, over in the woods, and it is all lit up. Curious, Seth heads over to see what is going on… as one does when fleeing a murder scene.

The mystery man makes an appearance. So when Seth wanders into the side cabin, he finds a man there… a man that keeps insisting on referring to him as his brother. So, wait what? If this mystery man is the real Seth brother, then who was that guy that just died back in the big house??!? It turns out that this “mystery man” is actually in effect, Seth’s brother. He figured that he could “get to know” Seth much faster this way. IE, to watch Seth encounter a number of different wild, and ethically challenging experiences, which, in turn, would allow Richard(?) to really watch and see what Seth is made of. Huh. “I had to catch up on 24 years, what better way to get to know someone than by throwing them off balance?” “That’s crazy.” “Let’s call it unorthodox.”

In the morning, we watch as men in masks clean the entire house, wipe down surfaces, and cart “Richard’s” body out in a body bag. When Seth asks Abby what would have happened if he had just gone for it there in the bathroom, Abby admits that she doesn’t know… which is sort of the whole point of the experiment. “It’s like a choose your own adventure book.” Then Abby goes on to ask if Seth had any “notes” on how the experience went… that this was their first “Watcher” experience that they had done “AT THIS SCALE” and were wondering how they could improve the overall experience. WAIT WHAT? “Did we incentives you enough with sex, money, social interaction? We are still working on the variables in the reward system.”

The Ending of Long Lost Explained

Like I said, Long Lost is a pretty simple movie… but. There are still some open questions at the end of the movie. For one – was that really Seth’s brother in the cabin? Or was he just saying he was his brother? How many times did this Mystery Man play at this Watching Game? We know that this wasn’t his first, Abby told us this was the first time they had done it at this scale. So, how many other times did they try this? And were these other people “brothers” as well? Or were they just testing the concept before they brought Seth in?

Better yet, what is Mystery Man doing and why? Well, we know he was watching, but really what for? He told us that he did it to get to know his “brother” better and in a quicker time frame. Okay. But it’s also a pretty easy way to alienate a sibling… and wouldn’t such a smart “brother” know that? He must have been pretty okay never seeing this brother again, even though he’d watched him his whole life. OR, that isn’t Mystery Man’s brother. And you know what? I give you fifty/fifty on those odds. Sure, they tried to make it clear to Seth that the man in the bathroom wasn’t his brother, but the man in the cabin was. But, at this point, there is nothing that is clear here. I don’t think it matters much either way… unless you are emotionally attached to Seth, and are curious if he will be helping Abby con a new victim in Long Lost 2 that is.

Personally, I actually see this as more of a morality tale. We have become an entertainment culture, with more time on our hands than we know what to do with. Worse, our society (and by ours, I mean yours, even if you don’t live here in America – why, because you are affluent enough to have a computer, power, internet connectivity, and time available to you to read some random guy bloviate about an even more random movie) has achieved such wealth, and affluence, that we are now buying other people’s time from around the world at a fraction of the cost to what it would be here in the United States. I literally have a buddy who works at a startup that marshals mechanical turks (humans doing the repetitive work of Robots that robots can’t quite do yet) to do things like press a button if a human on a video walks in the wrong door at an airport. Heck, parts of this website were built by engineers in Vietnam. Hell, right now, you can rent a friend to do things with. Last week, I hired a voice actor over on upwork, just to record a fake intro/outro for a fake podcast I created just as a joke. She loved helping me bring my stupid joke come to life. I could go on and on. I literally saw someone, on that rent a friend site, that said the they could even pull off a party for the person with just a couple days notice. Imagine! Renting a party, full of people, and streamers, and confetti, all for a price? Unbelievable. But that is what is happening here – to an extent. Seth always takes the money. He’s sullied, part and parcel, to the madness. As is everyone, for a particular number.

I’d really be interested in what Long Lost 2 would play out as. A watching of the watcher? Hrmmmmm. There’s a script in there somewhere.