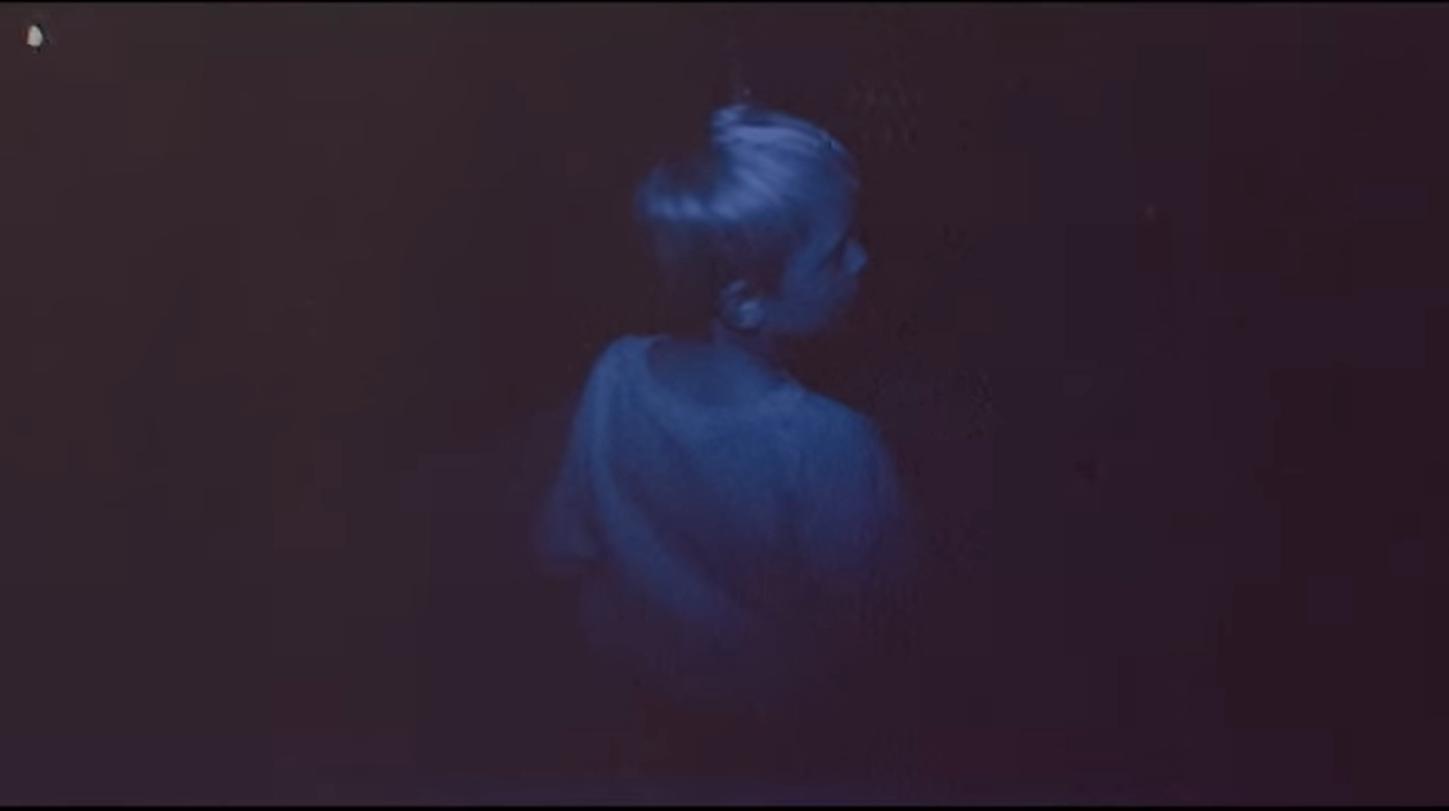 How to Watch Skinamarink Correctly an Explanation

How to Watch Skinamarink Correctly an Explanation. Skinamarink has a ton of scuttlebutt going for it right now. It blew up in the Indie movie underground on a few boards, and a few above ground boards as well – like say Reddit – when Skinamarink first hit the rumor mill. But why? Well, that’s simple enough – word was, it was going to be the scariest movie ever created. Wait, Skinamarink was supposedly going to compete with scary movies like, The Ring, The Feast, Poltergeist, The Menu, The Excorcist, Speak No Evil, etc., etc., etc. as the scariest movie of all time. (For a list of scary movies approved by THiNC. you can find it here.)

Is Skinamarink the scariest movie of all time? Like, honestly? Well, I would say to that – it depends. Already, folks on the THiNC. discord channels are decrying Skinamarink as a total waste of time. Like, TOTAL, AND COMPLETE… waste of time. I would argue though, if you go into Skinamarink with the right setup… IE, I mean technically… and the right frame of mind… and I literally mean, your mindset. It might actually make a run at the scariest move of all time. Personally, there is no way in HELL that Skinamarink is going to beat Midsommar for the literally scariest movie of all time. Midsommar popped my skullcap off and gave me a lobotomy. But even though Skinamarink is totally different, if you approach it correctly, it may just put you under the table.

My Thoughts on Skinamarink

I am going to – and this is going to officially shock no one – buck the trend here and say… I really loved this movie. It’s going to be an acquired taste as it is unlike any other movie I’ve ever seen. I liken it to the Blair Witch Project back in the day before there was a hand-held horror film run on the market. But I also think I went in knowing EXACTLY what I was up against, and I set myself up for success. And some people have been going in all wrong. But we can fix that, you and me, together… we can make a difference! BE THE DIFFERENCE!

SKINAMARINK – How To Setup for Technical Success

Step 1 – Your Video Has to be Right – You would think watching Skinamarink on a massive big screen would be the right move. But it’s going to be a ratio problem. What? A RATIO! Distance to screen size problem. If you have a big screen, but are 18 feet back from it, you are toast. I have a new massive 80 inch TV… but I actually chose not to watch Skinamarink on that because my couch is further back. Instead, I watched it on my Mac Book Pro 13-inch laptop. And it was a foot and a half from my face.

The problem with Skinamarink is that it is intentionally vague, and hides behind the pixelated rendering of the movie. Which, is awesome. I loved it. But to even see what others are missing, you need to be close enough to those pixels. Also, you have to have your contrast settings balanced correctly. You need it to be dark enough to let the blacks be black, but still see into those shadows a bit. If you wash it out with too much brightness, you are going to wash everything out and miss it going the other direction. Got it? So, in the first 30-minutes of the movie, you are going to have to play with the screen brightness.

So, recommendation number one – watch it close enough to the biggest screen you can watch. Your iPad might be the right way to watch Skinamarink, maybe. Or your big screen, sitting right under it… you are going to have to figure that out for yourself. (For the record, I doubt the theater is going to be the best viewing experience for this movie… very dubious on that front. But who knows?)

Step 2 – Your Audio Has to be Right – Even more important than your video setup? Your audio. This is a rare one for me. I mean, there are rare exceptions, of course. But generally, your video is the critical detail. But with Skinamarink, get your audio PERFECT. And for me, hahaha… I used my new Sony WH-XB910N headphones, which come with dynamic noise cancelling, and this crazy 3D immersive mode that basically sucks your audio canal out of your head and replaces it with the Sony Audio drivers. Not sure what it’s doing, but it’s amazing. So, you can either, A) Dolby Surround Sound, B) Headphones (over the ear, recommended), C) Airpods would probably be good or D) quit… watch another movie? I don’t know. But get your audio squared before you start this one. I mean, hit play on that trailer up there… the audio is so crazy. “IN THIS HOUSE…… crackle crackle crackle……. IN THIS HOUSE!” hahaha.

And then, once you have the audio squared, you gotta turn it up. There are all kinds of crazy little details going on in the recesses of the audio for this movie. But, then you know… straining to hear every pop and hiss correctly, it’s going to mean you are totally over extended and vulnerable to the really loud and super scary stuff. Yeah. Yeah, you will be.

Step 3 – Your Mindset Has to be Right – You have to go in realizing that this is an art house flick on steroids. It’s a pop art installation with a story buried inside of it. Yes, 90% of this movie is staring at a door jam, a wall, and a ceiling. But if you aren’t catching what the movie is throwing at you it’s not going to make any sense at all. So, to help you make sense of it – I’m going to give you a few hints of what to watch for… what to pay attention to. OK?

Skinamarink Overview: The movie is about two children. There is Kevin, and then there is Kaylee. They wake up in the middle of the night to learn that their parents are gone. That’s key #1. The second thing that they discover is that the house is not operating correctly at all. First off, the doors are missing. The second thing is that things in the house have stopped behaving normally. Chairs stick to ceilings. And then there are the voices. The voices want something from the children, they are beckoning to these two kids. Alright? That should be enough to help set you up for success here. Any more than that and I risk ruining the movie for you. (I will jump to spoilers at the end of this piece if you already watched it and don’t understand it at all.)

Skinamarink Setup Reviewed: So, let’s review – if you really do want to be overwhelmed by a movie, this might be the movie for you. But you are going to have to get it setup correctly. Which means, the right TV/Computer screen setup. Brightness, etc. You really need to get that setup correctly. It won’t do to watch some tormented crappy copy of this movie… get a legit copy that is clean, because even the best case copy of this movie is dirty as… Also, your audio needs to be right. Got those two things squared away? Plan for abstract. An art house abstract painting is what you need to expect. And then as the darkness comes, you’ll be able to see it through the standard shots and cuts the movie has been making up to that point.

How to Watch Skinamarink Correctly an Explanation

Did you watch Skinamarink and you are still really confused as to what you just watched? Yeah, you aren’t alone. I’ve already heard from several people asking me what the heck they just watched. Better yet, I’ve noticed that many didn’t even make it to the end because their setups were all messed up. So let’s discuss what Skinamarink’s ending is all about. Kevin, Kaylee are alone… they are trapped in their house, and they are trying hard not to screw up… to wake the house or make it mad at them.

Now, as the movie ventures on, the house – the darkness? – something is alive. It’s talking to the children in sinister voices. It’s telling them what to do, it’s coercing them, almost seductively. Then more actively. But when Kaylee disobeys, disagrees, and doesn’t do what she is told the darkness tells her to put a knife in her eye. Kaylee is the first of the two kids to die tragically at the hands of the nemesis in the house. We even see Kevin be told that “Kaylee didn’t do as she was told,” worse, the evil “took her mouth away” even.

After Kaylee’s death, we see that Kevin is utterly alone. And this is an important detail to focus on. Remember, this is two children left in a home, alone. No, this isn’t Home Alone. This is home alone. And the two are very different from one another. Realistically, their parents have disappeared. The exits have disappeared. The various details that make up their understanding of “normalcy” are all gone. The protective arm of their parents being the most frightening absence. I’ll get to this, but the camera shots are all selected in order to get to the audience to see the house from the perspective of these two kids.

Soon after Kaylee’s death, the movie devolves into utter silence. Which is when you see a figure appear and then disappear. After seeing this thing, Kevin does his best to try to call for help. But he doesn’t realize that he is actually already doomed. Which, the audience certainly already realizes, and that is what multiplies the horror of the situation. This particular Kevin isn’t going to start putting traps and swinging paint buckets together in order to get himself out of this situation. Something is coming for Kevin and there isn’t anything that he’s going to be able to do about it.

Now, some viewers of Skinamarink are going to wonder exactly what happens to Kevin because it doesn’t happen on screen… which actually makes what happens even worse. Things that play out in your mind’s eye are infinitely more suggestive and startling than on screen. But we do see a spray of blood hitting the floor. And that is partnered with Kevin’s screams that cut through the silence that had populated the film after Kaylee’s death. And, if you followed my advice and cranked the sound up, I’m sure was more than a little bit startling. Like other things in the film, Kevin is completely erased from the house… his existence is literally obliterated. Kevin faced the darkness in the house and ultimately lost.

My Thoughts on Skinamarink

I found the movie more oppressive than scary. Yes, I actually enjoyed seeing the things hidden in the shadows and enjoyed playing the game of “find the evil hidden in the shadows.” I loved the artistic flourishes of the chair on the ceiling, the doll on the ceiling, and all the little details of the film obliterating things in the house. Oh, oh no, no, no… it’s gone. Oh, they are in so much trouble… I sort of I kept thinking as the movie spooled out. But at the end of the day, the art house editing, camera positions, and the extreme directive choices didn’t quite help me invest in the kids enough to make Skinamarink as scary as it could have been. But I still enjoyed it. Heck, it’s different, and dude… just as long as you aren’t doing the standard Hollywood cookie-cutter sameness that Hollywood is so well known for, I’m in. And so, yeah! Two thumbs up from this guy! (Never mind I rate on a 5 star scale… hahaha.)