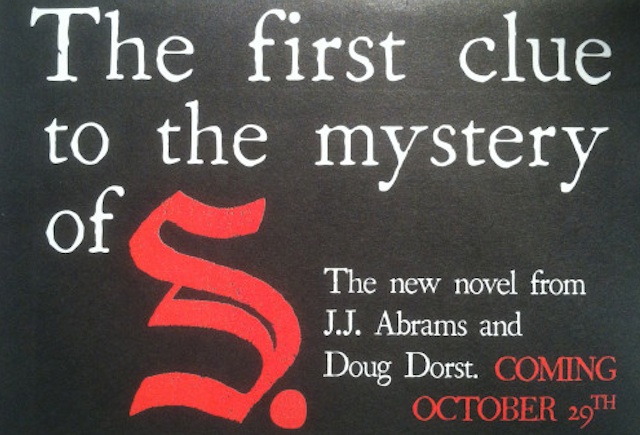 I have long had a love affair with books that are more than books.  Books that are more experiences than anything else really.  I think my first experience with this sort of a possibility was with the Choose Your Own Adventure Series, which allowed readers to jump around the book as you selected alternative possibilities at the end of each page.  Quaint now, but you get the idea.

Jonathan Safran Foer was one of the first serious others that began playing with typography as another way to tell his story.  Throughout ‘Everything is Illuminated’ Foer articulated truths through a cavalcade of methods in type.  Once we found an invasion of letters pummeling the page until the page completely goes dark.   This sort of typographical chaos culminated in his ‘Tree of Codes’ that took this idea to the far extreme of this possibility.  Below you can see a “page” from this “book”.  Its more of an experiment in publication art, than it is in literature per se.  But you get where I am going with this. 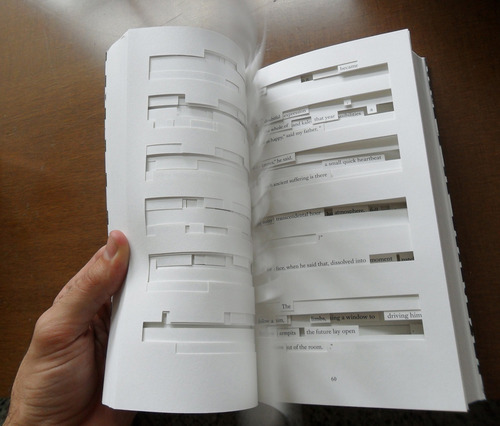 This sort of idea reached its pinnacle in Danielewski’s House of Leaves – which you can see my walk through here. The House of Leaves was a book within a book within an idea.  And it is told upside down and inside out as the wild things blossom and the house continues to expand the book becomes more and more weird and convoluted in its page layouts.  A great example of this is here: 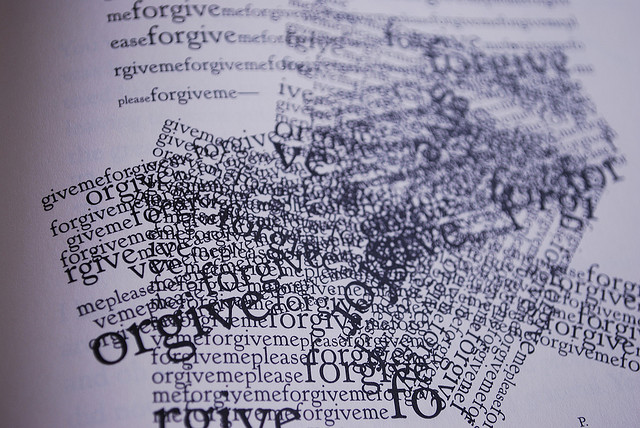 Or maybe even more apropos, would be Nick Bantock’s Griffin and Sabine trilogy (quadrology even?) wherein the author designed postcards written between two characters that had never met.  These two characters shared something of a psychic link with one another and their connection was anything but clear.  But as the Griffin and Sabine begin their correspondence through amazing art and clever writing the story becomes more and more clear. 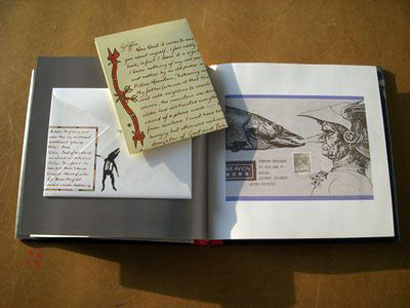 Well, now it would seem, JJ Abrams is joining these esteemed authors by publishing his own book due out October 29th.  The enigmatically named book will dabble with typography and external mementos in order to pull everything together into a single story.  The book is cryptically entitled S – and is cowritten with Doug Dorst.  The story is told linearly enough, but we are given a dueling narrative written in the margins that will contrast and reveal more than the initial perspective on the page.  To make matters even more convoluted there will be numerous other “ephemera” referenced out in the real world in order to help give an even greater perspective to the story at hand.

If you have followed Abrams’ movies before then you will know that he is known for this sort of marketing driven story telling.  Before Cloverfield there were a hand full of fake websites stood up to give the larger backstory for the monsters, and where they came from, etc etc.  So Abrams is quite well versed in this sort of multi-dimensional storytelling.  And if anyone can pull it off I’m betting he will.

Here’s how the publisher Mulholland describes the book in its fall catalog:  “In his first-ever idea for a novel, Abrams conceived of and developed a multi-layered literary puzzle of love and adventure. At its core, we have a book of mysterious provenance. In the margins, another tale unfolds: hand-scribbled notes, questions, and confrontations between two readers. Between the pages, online, and in the real world, you’ll find evidence of their interaction, ephemera that brings this tale vividly to life.” Here is the first piece of that ephemera – a postcard from Brazil: 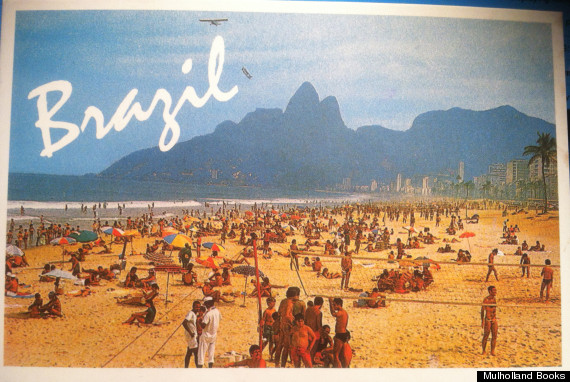 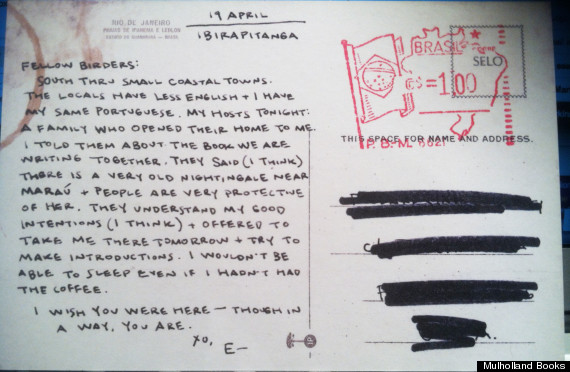 And just today, Bad Robot released this YouTube video that has just been confirmed (by analysis of the fonts utilized no less) to be a part of this book project and not STARWARS of all things.

A literary puzzle sounds uber fascinating to me.  At the end of the day you can count me in.  But then again, I’m easily amused and am always looking for a new book experience.  What do you all think?  Hype?  Gimmick?  Thoughts?