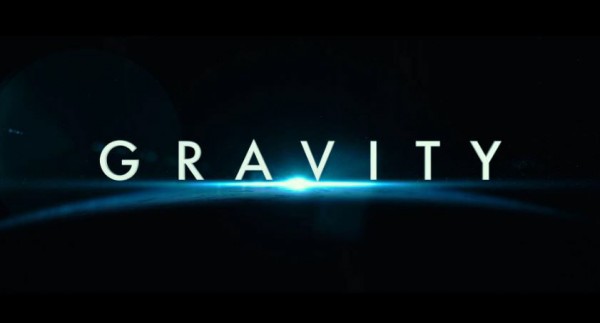 A little background.  So I am a part of a pretty cutting edge thing that we call – Guy Movie Night.  And in said “Guy Movie Night” group we do crazy things like… oh, I don’t know – watch Guy Movies.  I know, huh.  Who would have thought it.  Right?  Anyway, a month or two ago I saw the first trailer for Gravity with Sandra Bullock and George Clooney and those first sixty seconds just absolutely blew my mind.  Then came the second trailer.  Then the third.  And I couldn’t contain myself.  I was absolutely coming unglued waiting for this movie.

But the process by which we ratify movies at our Guy Movie Night experience is arcane at best.  We have systems and processes, backed up by roll call votes and straw hat polls.  Its just crazy.  Let me put it to you this way, we are worse than the Republicans and Obama when it comes to getting a movie selected.

ESPECIALLY ONE STARRING A GIRL.

So, I cash in all my chips – which I have a lot of in this group – and I call for the secretary to call a vote for Gravity in October.  I don’t even get the measure past the secretary.  He says… no way am I putting Gravity to a vote.  No thank you.  But I like my seat at GMN and I don’t want to be voted off the island just because you want to go see some lollipop movie with Sandra Bullock and the guy who killed the Batman Franchise.  No thank you.

Right?  What?  I don’t even know what half of that meant.  So I say, no way, just watch the carnage in this 60 second trailer chief.  Just watch it with me.  Please understand, that there is only one criteria upon which Guy Movie Night movies get selected.  Only one.  It says right here in the “Unwritten Bylaws” that ‘it is imperative that things must blow up in the movie in question in order for the movie to be considered for Guy Movie Night.’  Stuff has to blow up.  That’s it.  It could be Shakespeare as far as quality screenplays go, for all the guys care, if stuff doesn’t blow up.  Forget about it.

So I do something unprecedented.  I take the vote directly to the guys myself.  “Guys, October, we have our lock – its called Gravity.  Crazy space thriller with all kinds of carnage.  Mayhem.  Craziness.  It will be epic.  Let’s have an up down vote right here, right now.  Let’s call this thing.”

“No.  No bad guy.  But, seriously?  No one is in?  IMAX?!  3D?!  Space carnage?  Craziness?”  I all but get out my pom poms I’m cheering for this move so hard.  But I literally get crickets.  Nothing.  Then someone pipes up, “Well, I would have MAYBE gone… but I’m not paying IMAX 3D ticket prices to see a girl movie.  I’m out.”  WHAT?  Seriously?  I’m serious, this really happened.  I’m not making any of this up.  Well, maybe some of it.  But I’m sure that half the group will be fact checking this blog post by sunrise… so if I’m WAY off base, they’ll say so in the comments.  If its EERIE silent, you’ll know I was right.

Regardless, I say ‘forget it.’  And let them know I’d take my toys and go home.  So I started asking other guys.  “Dude, I’ll buy your ticket, just come.  I gotta let Guy Movie Night thing know they are WRONG.  And bring your family, your kids… whoever… I just need NUMBERS here!”  hehe.  Ok, so I’m making most of THAT part up.  But I did ping a pile of my other friends… some of them a little more theatre savvy, guys who were literate in Sundance, you get what I’m saying here.  And they were all like… YEAH… I’m hearing AMAZING things in the early reviews.  I hear its going to be off the hook.  Yeah, let’s do it.

Oh, then I cycle back to the GMN group and say, oh, so and so, and also so and so, and this other so and so are going… they hear its going to be beyond epic.  Don’t suppose you want to go do you?  And just like that, they are on it like WHITE on RICE.  So now I have to hire like a bus, and reserve an entire theater in order to get us all in there and guarantee we have seats.  And our run to Chipotle ran out of beans and tortillas.  And they had to make calls to the 3rd world in order to make sure everyone is fed.  It was crazy.

But now I’m scared.  Because, my BUTT is on the line, like big time.

Let me tell you a story.  There was this one time… where a new guy (cough, Tony) made a fairly bad choice on the movie we watched.  No one could decide, and so he just pile drove through the deadlock and made a decision.  Manly enough.  Granted.  But the decision he made was for Blades of Glory.  Right.  It wasn’t 5 minutes into that movie before we were calling for his ejection from the movie theater, let alone GMN proper.  Blades of GLORY?  Right.

So, here I am – on the edge of GMN ejection… wondering all of a sudden, what the heck I am doing.  I’m betting on a Sandra Bullock movie of all things?  I’ve cashed in all my chits.  I am now completely broke.  My line of credit is gone.  Empty.  No reserves whatsoever.  And we are walking into a George Clooney space movie?

And then we go.  And it is the biggest – best – most over the top – INSANE thing we have all ever experienced in a movie theater.  I was all but carried out of the movie theater on their shoulders.  Ok, so that was a SERIOUS over exaggeration, but you get my point here.  It was a HUGE hit.  Let me break the move down for you.  So here is my Gravity Movie Review Sandra Bullock and what nots:

There is no camera in this movie.  None.  You are in space.  Tumbling around.  Watching it all happen first hand.  So Cinematography? Psha!  Its a real time documentary.  Maybe a BBC special?  Or possibly a National Geographic, head to Mount Everest kind of a thing…

Sandra Bullock was launched in a rocket, into outter space to fix the Hubble Telescope.  For real.  There really was an accident with Russians blowing up one of their satellites.  And for REAL, she was going to die if she didn’t figure something out really really fast.  Over, and over, and over again.  Seriously.  There was no acting because this is a true story and it really happened.

Words? On a page?  Why would people who are about to die need a screenplay?  They need the shuttle manual more than they need some script telling them what to say when.  DUH!  I mean, seriously.  What are you thinking?!  Get a clue here.  These guys were under serious stress – and amazingly kept their calm and powered through it moment by moment.  Crazy enough… they used their ingenuity and their inventiveness to try and stay just in front of the chaos.

I heard rumors that there was a guy named Alfonso Cuaron attached to this true life documentary.  I have no idea whatsoever as to what he would have done.  Except maybe said – hit record!  Hit RECORD!!!  Besides that, I’m guessing he’s just the luckiest guy on the planet to have had the opportunity to be there and to witness such an amazing moment in history such as this.

Alright, you get the idea.  This wasn’t a movie.  It was an event.  The story maybe stretched it a teensy bit in stringing one chaotic event after another but, dang.  To put this in perspective… the opening shot is 13 minutes long.  THIRTEEN MINUTES without a cut.  If that doesn’t immerse you into a place and into a movie, nothing will.  And at that first cut, the entire audience physically breathed a sigh of relief.  Its pretty simple for me to say that those thirteen minutes are the most stressfilled contiguous minutes in all of movie history.  It was gorgeously constructed and brilliantly realized.  Alfonso – you may have directed Harry Potter previously, but you’ve just gained a fan for life my friend.  A stalker even.  You are a genius.

Another point I’d like to make seriously this time, is Sandra Bullock.  I wrote a post, which can be find right here wherein I called Sandra for an Oscar.  I made that call sight unseen, based on all the amazing reviews I was reading of her in this movie.  But now that I have seen it myself – I guarantee it.  If she loses, I will walk out into downtown Denver in the buff and sing Yankee Doodle. I will.  She just will not lose.  She can’t lose.  The character development here is literally par excellence. Never has it been more bare, and so concentrated.  Never so real and so eloquently constructed.  George Clooney is a good foil.  But he was George Clooney, and was not the center attraction here by any means.  Sandra obliterated this softball.

So my own personal plan is to get a hotel room – put my kids in the room, with cable on, (they don’t know what real TV is, it will transfix them for hours – indefinitely even) and then I will take my wife to see this movie again – pronto.  Like right away.  If they weren’t all asleep right now as I typed this, I’d do it now.  Oh, and my recommendation… no other movie, in the history of cinema (including Avatar) is more suitable for IMAX 3D than this one.  None.  This is a must watch in IMAX.  Its a must watch in 3D.  And you have to see it today.  If the theater is closed right now… go there now and wait.  Wait for the theater to open.  Wait for the ticket booth guy to drive up.  Wait for him to yawn into his coffee and ask if he can help you.  And then book it into your seats before anyone else in the city has the chance to take your perfectly selected seat.  Do what you have to do, right now, to see this movie.  And by the way, this movie will ridicule your “BIG SCREEN” setup at home, and your “Dolbe Surround Sound”.   HAHAH.  Seriously.  It will GUFFAW.  And OH is the sound good.  Makes me tear up a bit thinking about it really.