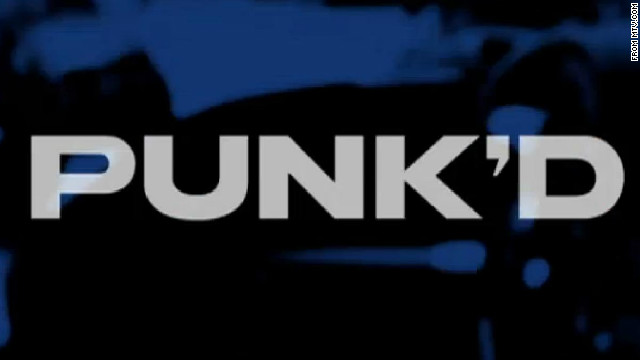 Let Me Tell You A Punked Up Story

I’ve been waiting YEARS to tell this story… because it was just too fresh, too raw to share when we first pulled it off. Oh, and by the way, some of the people involved told me EXPLICITLY not to share this video.  Heheh.  But I’m guessing that all the appropriate statue of limitations have completely worn off – and legally, we are most definitely (probably) free and clear.

So all that to say, several years ago (3?) there was a guy that worked for me that will go nameless.  Oh wait, his name is littered throughout the video.  His LAST NAME will go nameless.  Oh, I think I might say that too?  Dang.  Just don’t listen to that bit.  Alright interwebs?  Just pay that bit no mind.  Great. Anyway, “nameless” guy was the self proclaimed punk-jedi-master. He had hit a number of people at past jobs and had gotten away with it with impunity.  Fake kegger parties sent out on behalf of the CEO.  Rambling dream emails of love and obsession sent from unwitting suspects.  Etc. Etc.

Not only at other companies, but also on my team as well. The worst part was that every attempt to get him back had been foiled.  I heard about one attempt to contact “Nameless'” wife to help get him and that went way south because he totally figured it out.  And other times where he turned the tables on the team trying to get him.  And boy did he just love to tell these stories about how he was the modern day Ashton Kutcher.  At lunch, during breaks, all the time he would tell these stories.  So, a few of us at work decided we needed to figure out how to give him a dose of his own medicine and capture it on video while we were at it…

So we brainstormed a number of ideas on how to get our prankster.  The first idea was to stage a fake stealing of his car.  I totally had all the police issue’s completely mitigated.  It would have been such a non-issue.  Heheh.  What?  I was going to be the one calling the “police” and then, it would devolve into a car chase.  I mean, RIGHT?!  Brilliant.  What could go wrong there?  The second idea was to have someone take him hostage… or something.  Ok, that one I didn’t have mitigated… like, AT ALL. Another idea we (I? Can’t blame anyone else for these asinine ideas really) had was to get a guy in a bear suit to attack him. But we couldn’t find a realistic enough Bear suit that would pass muster.  And I really did look. Ah well.

So how would the initial email sending prank work? We arranged to have Jacob leave his workstation unlocked so that our “Nameless” target would see it and decide he wanted to send an email out on Jacob’s machine.  Right?  I, would jump in to help… because I’m just that kind of guy. And then I would recommend we send a joke email out to all of IT (150 people) saying that Jacob was wanting to open something called a Pink Poodle Parlor.  Our mark loved the idea. Instantly he began writing up the hilarious email copy while I worked on creating banners.  (Truth be told I had already created them all and just acted like I was working on them.) “IT, are you interested in making your ugly poodle look like this?!?  Then boy do we have an opportunity for you!”

After our mark and I sent out the email, we got so many accolades and high fives we didn’t know what to do with ourselves.  Jacob played the part of the dejected punked sucker to the T.  Then, several days later, my team and I started turning up the heat on our poor mark. Basically we started trickling out to our mark that HR was beginning to investigate. Then we trickled out that it was against policies. And as we turned up the heat, boy did he start to squirm.

It actually took us several weeks to plan out and get squared away. The camera locations. The mic locations. And even with all that planning we had a number of mics go bad on us and more than one camera die as well. My hat goes off to Ashton and his crew that pulled these sorts of things off so successfully year after year. Pretty amazing.