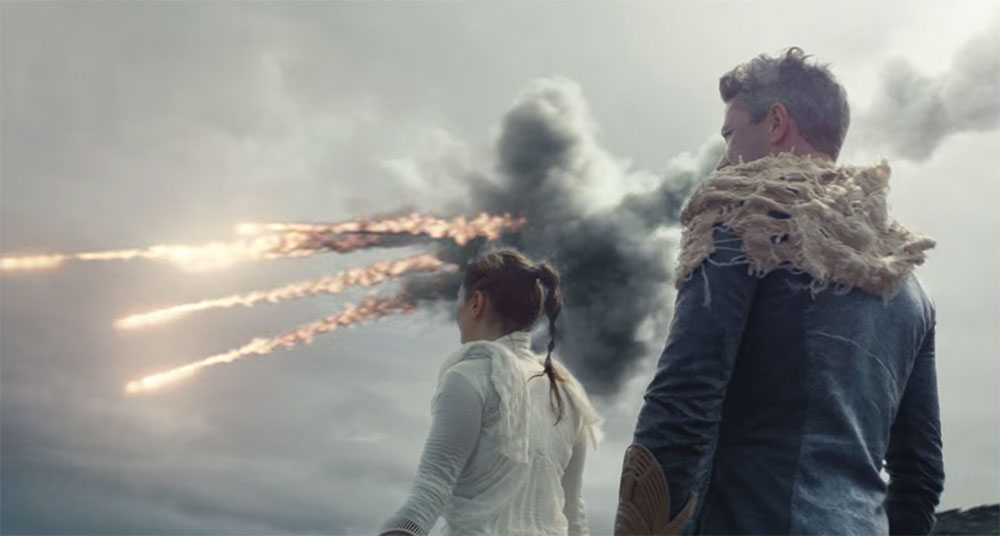 Oh my marvelous creator this video is awesome. I just can’t get enough of these pixels. The special effects, the scenery, the story, the all of it!! Gah. I want there to be 100 minutes of this. Just these two characters chatting about their powers and discussing science. I want Neo to make an appearance, and I want these two sorcerers to LAUGH at his silly bullet time capabilities. Seriously? Bullet time? Watch us form solar systems dangit. First watch, then I will tell you about where such magic comes from and the minds who are responsible for such madness and beauty.


This 6 minute wonder was created and conceived in Poland, and it was shot on location in Iceland. And yeah, just like that, I have a new bucket list item… ’cause I now HAVE to get to Iceland. Who knew it was ANYTHING like that?!?

Regardless, the movie was made by Academy Award-nominated director Tomek Baginksi in collaboration with the European Space Agency.  Anyway, the short was apparently screened during the British Film Institute’s celebration of “Sci-Fi: Days of Fear and Wonder” in London.  For which I apparently would have KILLED to be there for.  But alas.  I was not.

You obviously noticed that at the center of this little vignette, is a cameo by Rosetta.  The little satellite that could.  The satellite that is currently about to attempt a landing on a comet of all things.  If you haven’t been paying attention to this little bit of science news, I will forgive you this once.  But seriously?  You need to see some of these shots that Rosetta is capturing!!

Come on, you need to go up there and watch Ambition over again.  I know I can’t stop watching it anyway.  Dang its cool.  Why do we keep watching Tom Cruise in these lame sci-fi movies when we could be watching this kind of magic?