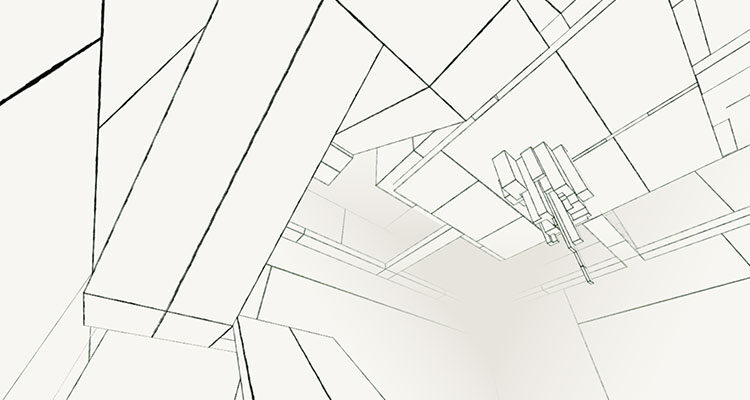 I don’t know why – but 2014 was the year of the experiment for me.  Experimental movies really won the year over for me as a totally new way of looking at cinema.  There were plenty of huge examples in this field, but The One I love and Coherence were my two favorites.  Each made for thousands of dollars (I think one was made for, and I quote, “The cost of a used Prius”) and yet they were all the better for it.  Another German movie I have recently fallen in love with is called Who am I.  It’s fully German title, if you are interested, is Who Am I – Kein System ist Sicher, or Who Am I – No System is Safe.  Which is apparently getting picked up by a big Hollywood movie house, who will then pour multiple millions into it and ruin it.  But I digress.

In that same vein, at the end of the year this last year, I ran across an experimental web game entitled Within.  I saw an article about it on Zite, (which is dying, but how I find all the really cool stuff hiding on the interwebs – not looking forward to finding something else to replace it.) and then went to download and play it.  But it was as if the game was a ghost and didn’t want to be found.  I caught whiffs of it, and scents of it, but poof.  It was gone.  It literally took me close to an hour to find it and get my hands on it.  And by then I was dying to play it.  But little did I know, that that experience was very similar to the actual gameplay itself.  Which is, it was elusive, confusing, and intentionally unsettling. 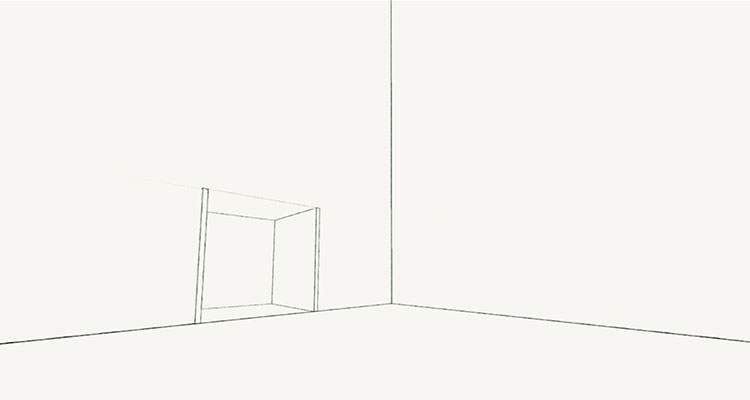 The game is minimalist in design.  Simple lines construct your environment.  At first you start out in an empty box and it is unclear exactly what you are to do.  But then you notice a door that wasn’t there before.  Or was it?  Maybe you just missed it in the bleakness of the landscape.  The sound design is cleverly used as well to cause even more feelings of stress and intensity.  The soundtrack is a bit like that of a techno-lion waiting to pounce?  Or a growling ebb and flow of a metallic beast waiting to pounce.

Ben Barttet created the game as a study for his work on his Masters.  I let him explain it himself:

Within is an experimental videogame questioning the notion of space in a virtual world, where the player wanders in an ever changing place, chased by a mysterious figure.  It was developed during my master at the University of Art and Design in Geneva (HEAD), and it followed my master thesis who was questioning the notion of narration in videogames. Broadly : how to tell a story by interaction.  I developed it alone, under the supervision of David Calvo.  The game is centered around the feeling of anxiety, but it’s a game for all audiences, and is very short, 5/10mn or less if you get touched by the figure.

It definitely reminded me of Mirror’s Edge, which had a lot of white built into it’s gorgeous landscapes.

While Benjamin mentions that the game is really only maybe 10 minutes, so far I have spent much longer in the game attempting to tease out the variations and logic of it.  How are the rooms generated?  Are they ever the same?  What happens if you move through the game slowly?  Faster? What happens to the soundtrack? And what are these mysterious shadows about?  Here are a few more scrapes from my game play as I moved about. 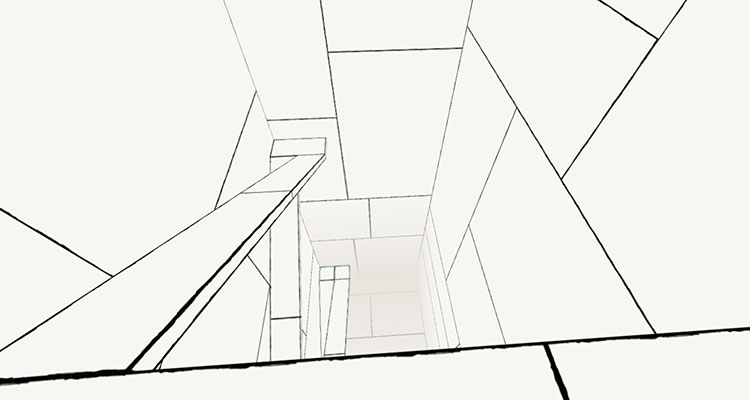 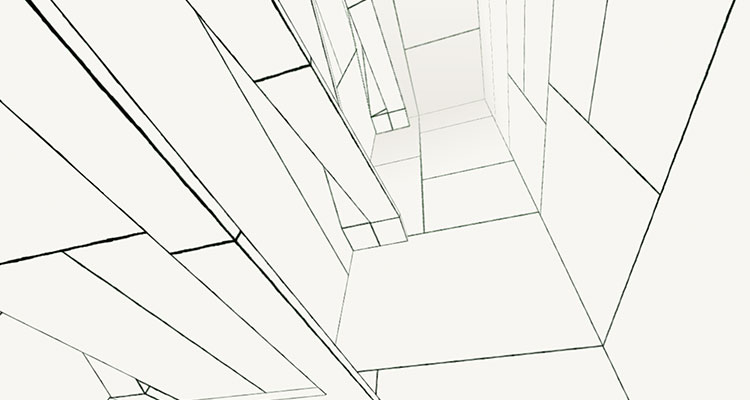 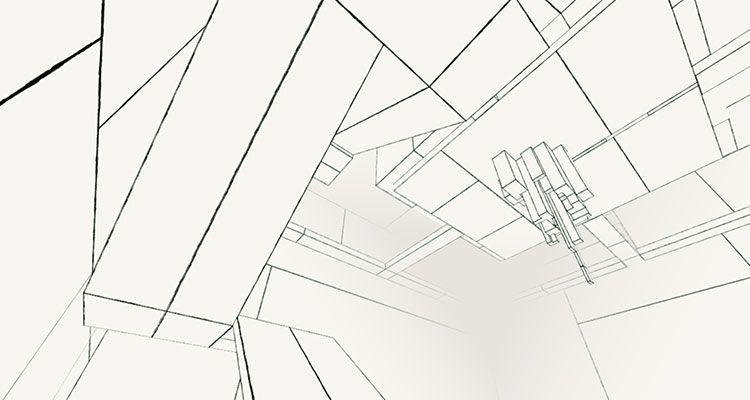 If you are interested in playing the game, you can do so online here.  It’s possible to download the game on both Mac and PC, or you can just download a plugin and play within your web browser as well.  It is groundbreaking in its study of paranoia, and unsettling architectures.  I think the game could definitely be scaled into a larger budget environment.  Maybe inject shifting architectures into a storyline of an trust worthy narrator?  Or someone with a memory disorder.  Like a video game version of the movie Primer where the environment continues to shift out from under you.  Regardless, Benjamin has reason to be proud, even though his game is small in scale it is thought provoking in every way.