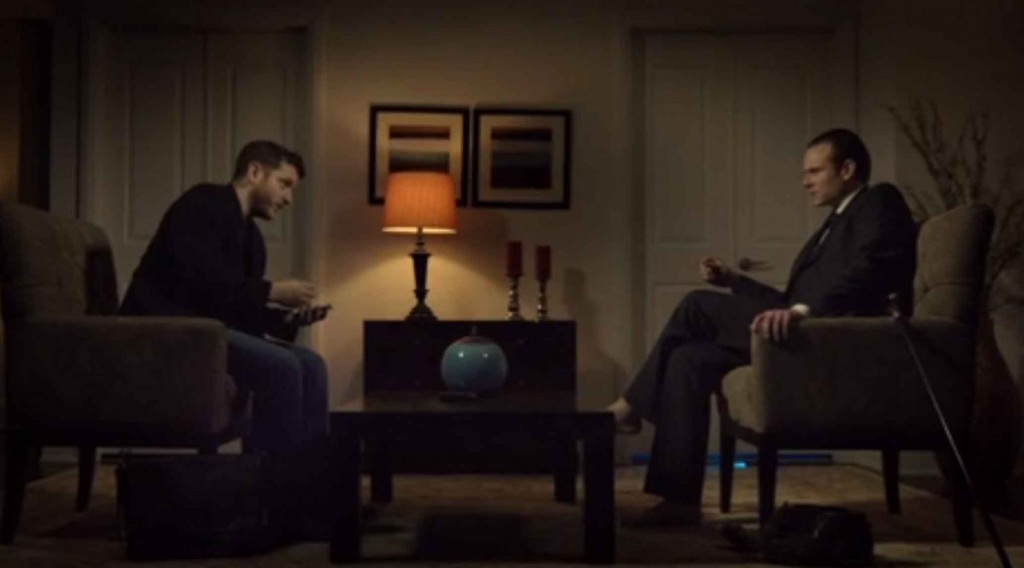 Pardon me whilst I dislocate my arm patting myself on the back… but this is awesome.  I recently did a piece or two about the short film Everything, Everything & Everything and just totally enjoyed chatting with Alberto Roldán, the director of the short.  And then I started digging in on the world of short movies and found that I just couldn’t get enough of them.  I was flabbergasted and agog (rarely am I able to correctly use such a word as flabbergasted or agog, but in this scenario they fit perfectly.  Trust me.) at how passionate and innovative they could be.

And so I thought, I wonder if there are other cool movies and movie directors out there that would be willing to talk about their project.  I kid you not, they are ALL interested in talking about their project… even to me!  Hahah.  And not for the blog, but I started just chatting these guys up and finding out about their projects and thought, this has to become a standing project on the site.  Has to.  So I’m calling it Short Film Find because that is what it is.  I want to find these sweet projects that are out there… and learn about them.  Some of these projects are dying to get to the big screen.  Others are perfect gems just the way they are.  Others, happened accidentally and organically.  Regardless of why or how, everyone of these short films are an awesome little trip that is worth exploring.

I was originally thinking that I would highlight one short film a week.  But the only problem now, is that I’ve already got five of these awesome short film interview pieces in the can, and I don’t want to wait five weeks!  hahah.  They really are that good.  But I will be patient… and if the content just keeps piling up and you guys dig them, I’ll just start doing them more frequently.  But you don’t care about all that.  You just want to get to Short Film Find number one.  Which is entitled, Interview With a Time Traveler and is directed by James Cooper, who is wicked cool I might add.

Interview With a Time Traveler from James Cooper on Vimeo.

After I watched James Cooper’s film, I had to find him and just ask a few important questions about everything I had just watched.  In order to understand all the questions though, its critical that you watch the flick first.  Otherwise you are going to just dive bomb off a cliff and it just won’t make any sense.  Never mind there are a pile of spoilers in our conversation.

TH – First, I will not begin by asking you your name.  That did not go well for Paul. Your previous short, Elijah the Prophet went to 11 different film festivals, are you hoping to take IWTT out and show it at the various film festivals?

JC – Funnily enough, we decided to mostly skip the festival route with IWTT. There are only really a half dozen or so film festivals that really mean something if your short gets into them, and with a lo-fi sci-fi, we felt like we didn’t quite fit into what most major film festivals were looking for. The festival run with Elijah was fun, but at the end of the day, what I love most is people getting to see the film. I built an online strategy and launched the film on Vimeo at the beginning of September. Over 54,000 views later, and the only money I spent was to submit to Short of the Week. The number of festivals we would have to play to get those numbers is crazy. That said, I have submitted the film to the SDCC Film Festival, because I think that would be a lot of fun.

TH – I should just fly to wherever you are and buy you a drink.  It would be awesome to just learn about this eco system from someone who’s been around the block before.  For example – your comment that you paid to get on Short of the Week just blew my mind.  But I guess it makes sense.  I talk movies and shorts just for the love of it all – and I just want to see great producers get some visibility.

JC – To clarify, the payment to Short of the Week was a submission fee. They run their site similarly to a film festival, where you have to pay to be considered.

TH – That makes sense.  What are your hopes for Interview with a Time Traveler?  Do you see a feature length version in its future at all?

JC – IWTT has already surpassed my wildest hopes. When we launched the film online, we hit 10k views or so within the first couple weeks, and I thought that was the height of the attention it would draw. I didn’t expect it to still be going strong after four months.

As far as a feature version goes, it’s not something we ever really considered before the release. Once it was out in the world, we started getting a lot of responses from people wanting to see what happened to Paul, and wanting to spend more time with the characters. That’s kind of the ultimate compliment for a short film, I think. The response has definitely made us consider what a larger version of the story might be. Nothing has materialized from those musings quite yet, but I wouldn’t count it out yet.

TH – Selfishly could you please tell me what happened on the corner of Main and 59th?  My theory is that Paul’s son died through some screw up of his.  Maybe he had an opportunity to save his son and he didn’t?  Care to share any thoughts on that?  Or maybe I should just contact Peter (writer for IWTT) on that front?

JC – You’re right on the money. Paul lost his son at the corner of Main and 59th. We never got super specific about the incident, but the idea was that Paul was there, and was helpless to stop it. There’s a hint of personal loss in the Traveler’s story as well, when Paul asks if he has a family in the Republic of Cascadia, and he responds “I did. A long time ago.” Our thinking was that the shared sense of loss was one of the facets of Paul that drew the Traveler to him.

TH – My only response would be, that the traveler had a comment about “his guilt”, Paul’s guilt.  So that led me to believe that he had been involved in his son’s death somehow.  Either through a sin of omission or commission.  Drunk driving?  Bad parenting, ie. allowing him to play in the street?  So I think there had to been something else there beyond just the death, some active guilt causing reason… no?  But here I am, a viewer, telling the creator they are wrong!  hahaha. But that is the fun of seeing something in the wild, seeing the responses and the way it impacts the viewing audience.

JC – It was a reference to Paul feeling guilty for not being able to do anything about it. There’s always that “I could have”, “I should have” feeling when something bad happens near you, but it’s hard to look at the situation objectively and know you could have never predicted the circumstances that lead to the event. So it’s not so much a direct “guilty” kind of guilt, but a personal weight in his shoulders type of guilt.

TH – Ok, that makes sense.  What would you say to someone who has a great idea in their head to get them to take it to the next level?  Or maybe even some advice on how to leverage social and technology to develop their ideas, say Kickstarter?  (You can see the IWTT Kickstarter page here.)

JC – I think the most important thing you can ever do when putting together your project is to surround yourself with the smartest and most skilled people you can. People who aren’t afraid to tell you what they think, or to question your ideas. If you surround yourself with people who will simply agree with you, you’ll never be able to kick the project up that extra notch. Creative control isn’t the end-all-be-all. Embrace collaboration.

Kickstarter, I think, is one of the most exciting things to happen to indie film since digital video. That said, it isn’t for everyone. There’s a lot of social currency being exchanged in a crowdfunding campaign, and you have to be able to take stock of the people surrounding you, and how seriously you think they want to see your projects succeed. You’ll never be 100% spot on, but you can take a look at your Twitter follower count, and the relationships you have on Facebook, and guesstimate your odds. If you want to maximize your potential for success, though: campaign as a team! No one makes a film alone, so it’s crazy to try to finance it by yourself.

TH – Who would you love to collaborate with?  Maybe pick your dream collaboration team for developing Interview?  Or if that question is way to Kitsch, what movies have influenced you the most?

JC – If I could collaborate with anyone? Holy. That’s a vast question. If I were to make a feature version of Interview With a Time Traveler, I would cast Jeffrey Wright as the Traveler, and Emily Blunt as the journalist. Annette Haellmigk as my Director of Photography, while Ramin Djawadi composes the score. Oh, and my Executive Producer would be Guillermo Del Toro, because fuck it, why not?

TH – Because… why not??  Hahah.  Thanks Mr. Cooper for you time, and agreeing to chat with me about your great film.  Here’s hoping we see more from James in the near future.  Until next time.