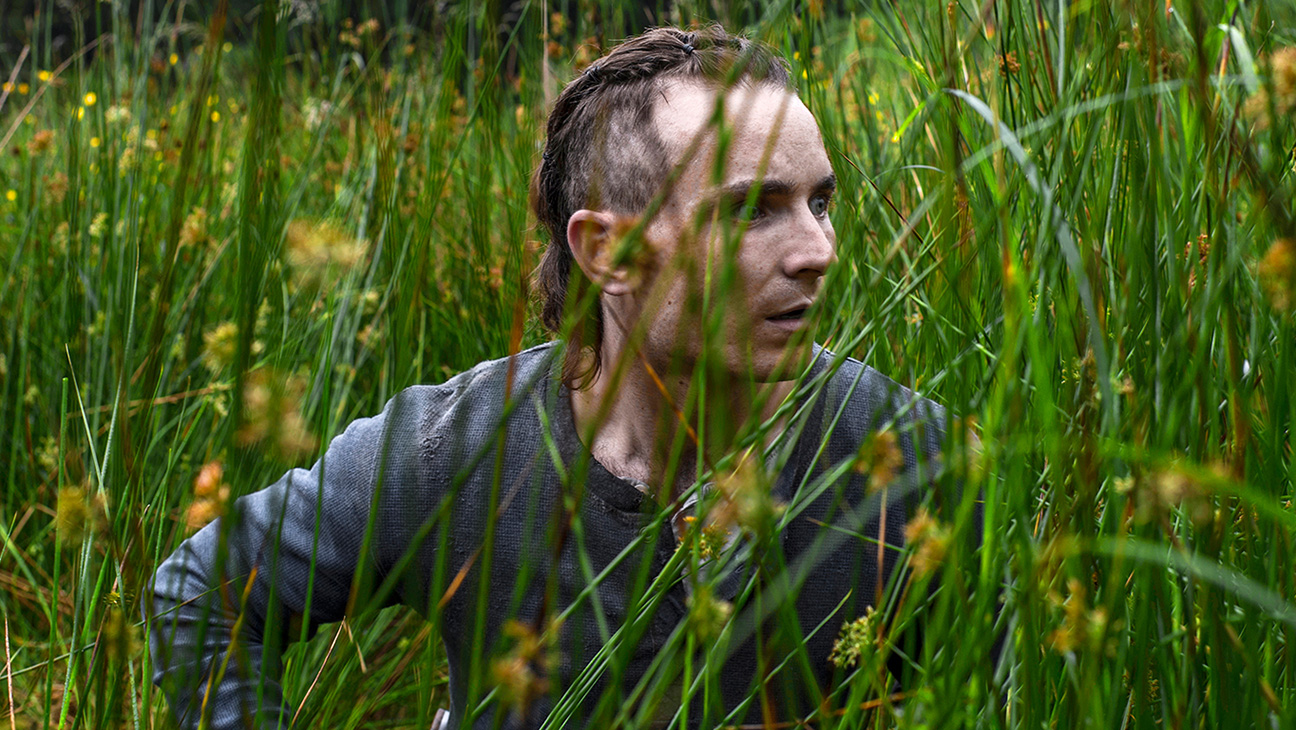 The Survivalist Reviewed Explained and Pontificated

Taylor Holmes
cinema
March 1, 2016
The Survivalist is a dark and brooding mindjob of a dystopian movie. Its a kill or be killed world, and our protagonists do exactly that. IMDB
Screenplay
75
Mindjobness
80
Acting
84
Action
70
Directing
70
Reader Rating2 Votes
84
76

Sometimes the magic of a movie is that it so thoroughly immerses the viewer into a new world and new mindset, zeitgeists, that you have to reconsider the assumptions you’ve made about the world you live in today. You know what I mean? Movies that take you so far outside the current day’s thinking and the current day’s worries that you become thankful for what you have today… you see again, for the first time the blessings of your modern day life. Could be a historical time piece and myopic views of women, or race. It could be a futuristic space odyssey wherein the technology of the day is the great equalizer. But today’s movie is both and neither simultaneously. The Survivalist is a futuristic and historical time piece tandem. It is a futuristic post-apocalyptic pell-mell of a flick that is so fraught with pessimism, so overwhelmed by it’s own oppressiveness that there isn’t a single shred of optimism over the course of it’s 104 minute feature length.

Don’t get me wrong – I really enjoyed it in a sort of, “holy crap, what are the script writers going to throw at this ‘Survivalist’ next?” Especially seeing as though they did it for about a million quid. And yet, there were swaths of this movie that left me feeling completely and totally overwhelmed in a bad way. But I’ll get to that later. If you dig avant garde films. If you are into independent films. If you really enjoy post apocalyptic, end of the world chaos.

As the movie starts, we meet the Survivalist, who lives in a shed, babysits his little farm for one. And absolutely freaks out every single time the wind kicks up. We don’t know why he’s completely tripped out. We don’t understand what his problem is. About the only thing we know is from the credits… and that was as the population increased, global oil production increased, and when global oil production collapsed, so too did the global population. Other than that… we know nothing about the Survivalist. (He is unnamed, even in the credits.)

Occasionally our guy friday jumps at the shadows, and has flashbacks of himself running in the dark for some reason. And that was all before any real trouble shows up. And then two, innocent women arrive. One older, Milja, and a younger, Kathryn. They beg, they cajole, they really really need food. But dang if our Survivalist isn’t chivalrous at all. WHAT GIVES? It is in this question, and in this trio’s relationship that we learn a lot about the mindset of the people of this terrible dystopian future. I’ll stop there, because I’m sure many of you haven’t seen the film.  Here – why don’t we check out the trailer… and then on the other side of the trailer we’ll jump into spoilers for those of you who have seen it. Fair enough. So see it, then come back and join in on the conversation.

Now that we have the interlopers removed from the conversation, why don’t we unpack this crazy flick? Let’s start with a very high level outline of the events that occurred just in an effort to clarify the ins and outs of what really occurred.

Obviously this is just the bare bones of the script. But it’s enough to refresh our memory and reconcile some of the ducking and weaving the story does as it bumps along it’s way.

To explain the Survivalist and it’s overall prevailing mood is a fairly tricky affair. But I’d probably start with Paranoid, paranoid in the extreme. And apparently the Survivalist apparently has reason to be extraordinarily paranoid. His own brother was tripped up by a girl. And every single person we meet in this movie has eyes to kill the Survivalist.

And some of them take more than one go at it. Right? For example the women? They consider stealing his shotgun shells and shooting him (but please don’t use both shells.) Later Milja almost bludgeons him to death with a shovel. Then they consider letting him die after he saves Kathryn’s life. And finally they hatched a plan to poison him to death with mushrooms. So yeah, it would seem that in this world, mankind has devolved into a dog-eat-dog sort of chaos.

Reminds me of a book I just recently read called H2O by Virginia Bergin. Basically the concept there was that anyone that gets rained on, even really a drop, will start to bleed, and won’t stop until they are dead an hour or two later. That world was similarly paranoid and filled with trepidation and angst. But where the Survivalist differs is that the scale and scope of this movie is so tight, so small. And the exuded hate is so extreme that it puts most other movies to shame.

I think the best way to describe the mindset in The Survivalist, is that its a GREEN Mad Max. Yeah. I think that basically does it. But it was the semi-sexual undertones that sort of happened here? It seems as though this particular end of the world reality is driven by A, food. And B, sex. Food is worthing spending all your time on. And sex is the thing that will ruin all the rest of it, but it is an undeniable siren song. And better yet? It’s the bargaining chip that trumps all others. I’m sorry, but if I am doing my absolute best to keep the tomatoes growing, am I seriously going to risk it all for someone’s daughter? I guess, it had been seven years. But the overall depravity of this movie is so thoroughly emmersive as to really sell this mental condition, and mindshift.

The first question I have for you all is simple enough. Is Kathryn, Milja’s daughter? And if she is, REALLY? This is the kind of world we are in now? Barter with your daughter for a couple bowls of soup? But yeah, my first question is simple enough, are Kathryn and Milja related? Personally… I don’t think so.

Next question, when The Survivalist, and his brother Augustus are running for their lives, after Augustus attempted to rape the woman, S. says that he went back because they were going to get them both, and he killed his brother? In what world does that make sense? I guess he was keeping him from being tortured? But he went backwards to kill his brother? And this is our hero?

My final question is related to my previous question. Why are we rooting for this guy… like, at all? Sure, he’s all we know in this world. We started the movie with him. So we are forced to root for him. But really? This guy killed his own brother. He is ready to kill two innocent women without provocation? Sure, it’s the end of the world. But really? This is who we are rooting for? If anyone is the hero of this movie it is, without a doubt, Kathryn. She is the one that saved the Survivalist’s life. She’s the one that chose to flip the tables on Milja’s mushroom plan. She’s the one that is choosing to carry their son in this upside down world. What are your thoughts? Is the Survivalist worth rooting for?

I love small budget sci-fi flicks. Love love love them. The crazier, mind-bendier they are, the better. Oh I don’t know, Containment much? Or possibly Uncanny? Or maybe Synchronicity is more your cup o’ tea? Z for Zacharia? Victoria? Coherence? Time Lapse? I don’t know! But I’m not so sure about this one. There were a couple scenes that just completely weirded me out. And if you’ve seen the film, you know exactly which ones those are. Not my dish… thank you. But there are some really fascinating bits here. But a charismatic hero is not one of them. A totally paranoid freakazoid that cares more about his own survival than absolutely anything else. But no, nut much heroic happening here in this film. Which means, even when the chips are down and the world is ending terribly… I expect the characters we are offered to be larger than life, and to do the right thing. And I’m guessing you expect the same too, no?